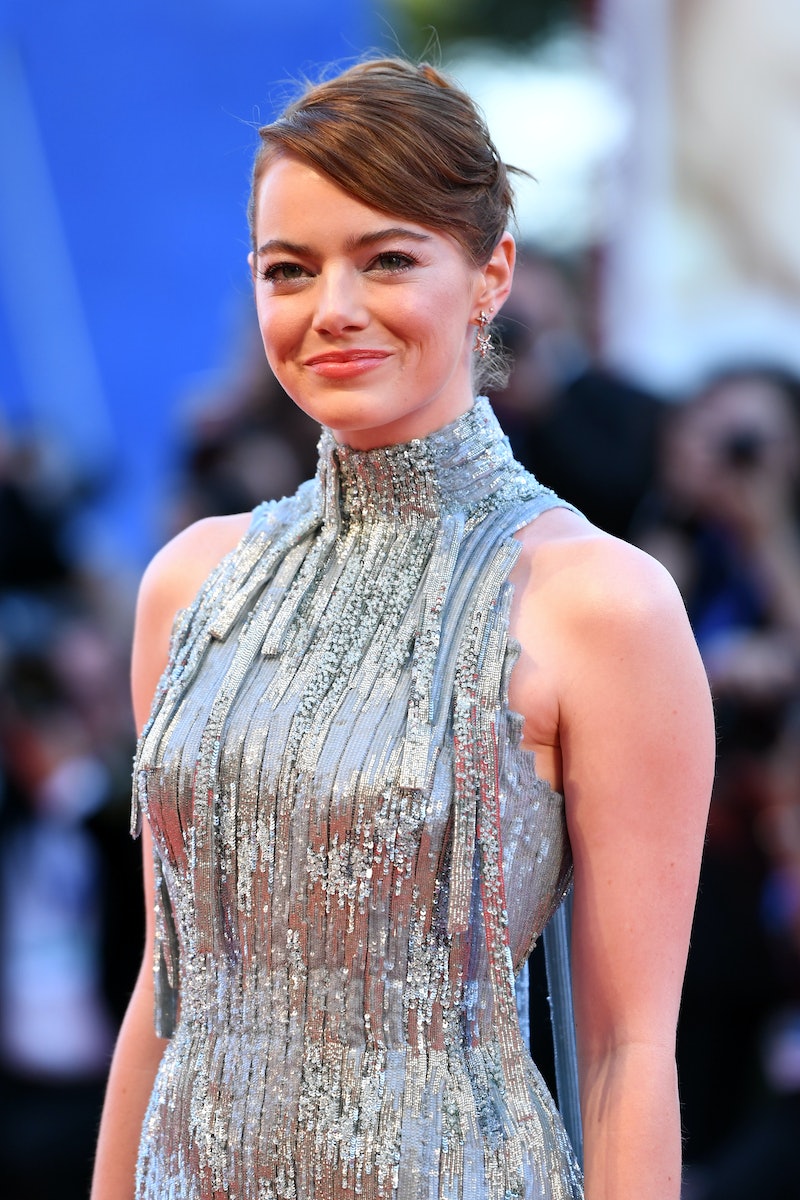 This was one role Emma Stone was born to play. If you've yet to see it yet, Emma Stone does the best Britney Spears impression ever. I'm not just saying that because I'm a fan of Stone, either, but because it is the honest truth. During Vogue's "73 Questions" series, she was asked to give her best impression of someone famous and then she broke out into "...Baby One More Time." After she was done impressing everyone with one of her many talents, she said, "It's Britney, yeah."

Trust me when I say any other impression that has been done of Spears (and there have been a lot) does not even compare to the La La Land actor's. Seriously, it is that good. It really shouldn't come as a surprise, because Stone is an extremely talented actor. Why wouldn't she be able to do an spectacular impression of the Britney Spears? Clearly, Stone should play Spears at some point during her career. It would absolutely earn her not just another Oscar nominee, but an Oscar win. Really, this is something her fans should've anticipated. To see it for yourself, scroll to the 6:45 mark in the video below and be prepared to be blown away.

Are you impressed? That's what I thought. Don't get me wrong, there have been other worthy impressions of the still popular pop singer. For example, remember the time Christina Aguilera channeled her inner Spears (around the 2:00 mark) during a February 2015 appearance on The Tonight Show Starring Jimmy Fallon. It was pretty epic, especially because Spears and Aguilera were essentially rivals back in the day.

Then, there was the time Ariana Grande impersonated Spears (go to the 1:15 mark) on Saturday Night Live in March. There's no doubt Grande is beyond talented when it comes to impressions (have you seen her as Jennifer Lawrence?), but Stone could teach her a thing or two when it comes to an impression of the Glory artist.

Yeah, these three women are super talented at impressions and they clearly chose the right careers. But next time someone wants to pull off a Spears impression, they may want to sit back and just leave that job to Stone.