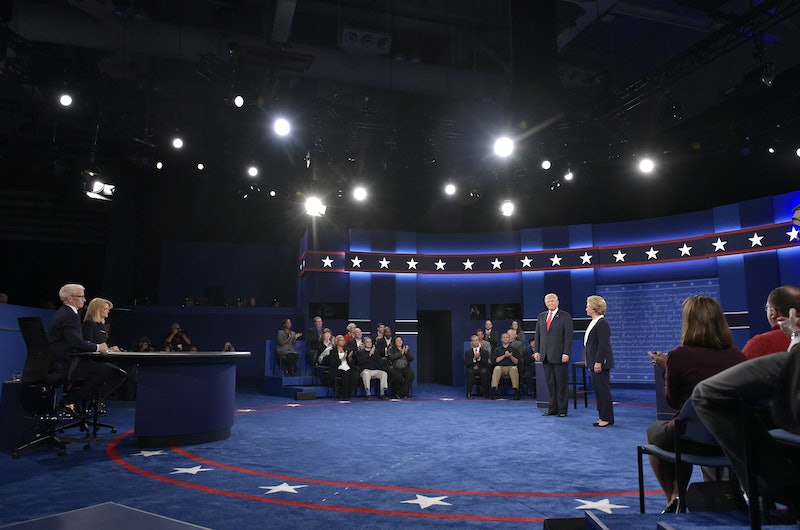 On Wednesday night, the nation will get its final chance to see Donald Trump and Hillary Clinton debate who is better prepared to be president. Well, "debate" is a strong word, considering the first two attempts. At both of the first two debates, we saw the candidates argue about the same gossip and personal drama that has dominated most of the campaign, leaving much of the finer points of policy left out. When they were discussed, policy was nevertheless ignored in most of the post-game analysis.

Fox News' Chris Wallace, has announced his planned topics as moderator for the upcoming debate, and while they are more focused on matters of public policy than some of the discussions of Rosie O'Donnell, Alicia Machado, and Sidney Blumenthal that have come up, they're still missing out on some of the most important issues affecting America and the world today. According to Wallace, the third debate will focus on "debt and entitlements, immigration, the economy, the Supreme Court, foreign hot spots, and the candidates' fitness to be president."

Just four days before the debate, 170 countries including the U.S. agreed on a deal that massively curtails the use of hydrofluorocarbons in air-conditioners and refrigerators, aimed at cutting carbon emissions that contribute to climate change. Just over a month before, Barack Obama joined with Chinese President Xi Jinping in officially ratifying last year's Paris Climate Agreement. At this point, it looks like three debates will go by without a single question about climate change. Considering Trump's previous statements on the topic, it seems like this should be a vital point of discussion.

There are other pressing issues that won't be discussed. It's been just over a year since Obergefell v. Hodges, the Supreme Court case that legalized gay marriage. While it is somewhat refreshing that gay marriage seems uncontroversial, a look past the surface at the Republican party suggests otherwise. Just before Trump proclaimed alliance with the LGBTQ community in his convention speech, his party approved a platform that called for an end to gay marriage and endorsed conversion therapy. Americans deserve a debate on whether we want to vote for a candidate with that party platform.

This will also probably be the third debate without a real discussion of abortion. Considering that Planned Parenthood said Clinton had "the strongest record on reproductive rights [...] in American history," while her opponent has called for women to be punished for seeking abortions, this seems like an issue that requires more discussion than a cursory mention as part of a discussion on the Supreme Court.

Can we expect any of this? Probably not:

So the third debate will probably leave these issues completely ignored. They'll join other pressing concerns: mass incarceration, marijuana legalization, comparison of paid leave policies, college affordability (or literally anything at all on the topic of education) Wall Street regulation, U.S. troops in Afghanistan (there are still 8,400 there!), or the infrastructure spending plans both candidates support. In January, we'll have a new president running the country. Unfortunately, we may not be prepared for what they'll do once the election is over.