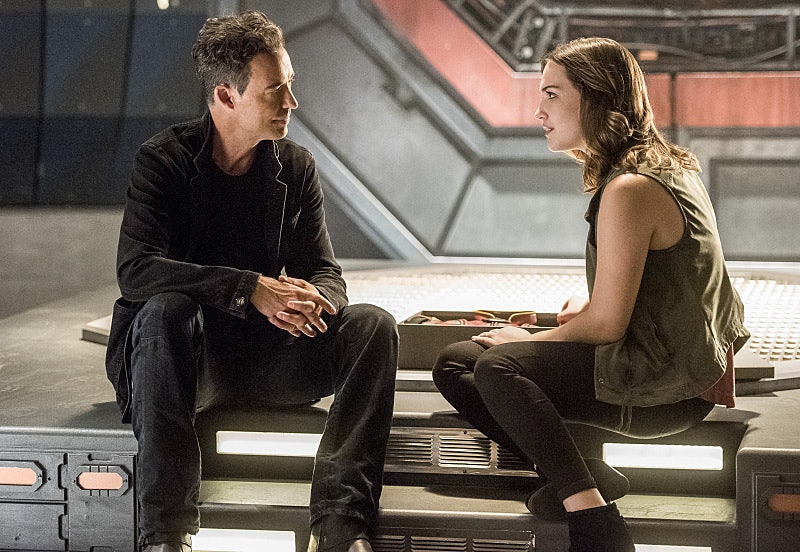 Central City got two new metahumans this week — and Dr. Alchemy was only responsible for one of them. While Barry faced off against Alchemy's newest creation, Magenta, Harrison 'Harry' Wells of Earth-2 and his daughter Jesse returned to Star Labs in "Magenta" after Jesse developed speed powers. Jesse's powers have manifested, and she can now run as fast as Barry. That's right, it's official: Jesse is a speedster on The Flash thanks to the cloud of dark matter she and Wally West were exposed to last season. Jesse is thrilled with her newfound speed, but Harry is, predictably, less enthused. Still, all the fatherly concern in the world couldn't stop Jesse from becoming the hero, Jesse Quick.

Harry brought Jesse back from Earth-2 under the guise of wanting her to undergo some tests with Cisco and Caitlin, but really he wanted to get them to convince her not to use her powers to be a superhero. On Earth-2, Jesse had already started using her powers, and Harry hoped that a little reality check with Barry Allen and the team might change her mind. Of course, it did just the opposite. Despite a concerned talk from Caitlin, who is still hiding powers of her own, Jesse was determined to use her powers for good. Harry eventually came around when Barry needed a hand to stop Magenta. He was so proud, he even had Cisco design Jesse her own suit, dubbing her Jesse Quick on the spot.

Harry wasn't the only one skeptical of Jesse's new powers. Wally was really disappointed when Jesse came speeding through the portal to Earth-2. Seeing that their little adventure had given her powers and left him just a regular human left him feeling extremely left out. Joe and Iris tried to talk to him — Joe even used his 'Dad Cop' mode in his efforts to get Wally to see that he doesn't need super speed to save the world — but Wally still let his jealousy get the best of him. After hearing that Jesse jump started her powers through a near death experience, he jumped in front of a car to try and do the same. Jesse saved him before the car could hit him, but Wally might have another option: Dr. Alchemy. Magenta told the team about how Dr. Alchemy came to her and gave her powers, and it's very possible she gave Wally some ideas.