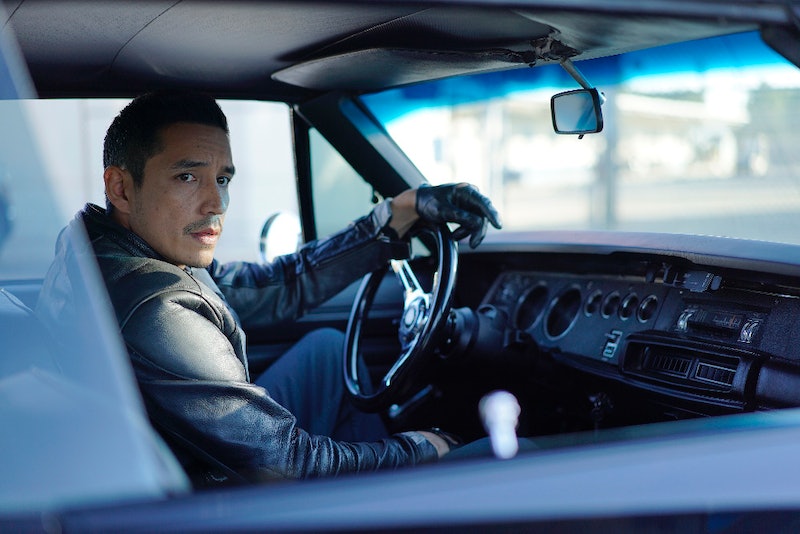 I understand if you geeked out watching Ghost Rider fight Hellfire on Agents of S.H.I.E.L.D. (and take his chain) at the end of Tuesday's episode, but I was just as giddy to see Coulson and Daisy finally reunite. That father figure relationship knows how to tug at my heartstrings. With the Watchdogs bent on killing Inhumans and a ghostly scientist bend on finding the Darkhold, it's no surprise that Daisy and Ghost Rider joined the team on Agents of S.H.I.E.L.D. — even if both of them are not particularly social.

The gang is finally back together, though under some less than ideal circumstances. Besides the ghosts on the loose and anti-alien terrorist organizations hacking into their system, there's also the fact that S.H.I.E.L.D. is watching their every move and both Daisy and Robbie are kind of fugitives. Not to mention that Dr. Radcliffe is developing top secret artificial intelligence that the Avengers would not be pleased to hear about after Ultron, and have I said anything about the ghosts? The Darkhold sounds like the most dangerous thing that the team has ever encountered, and they are going to have to be extra careful when going after it and Lucy.

Don't you also just love how seamlessly this show is integrating gods, ghosts, and magic into the Marvel Cinematic Universe, just in time for Doctor Strange in theaters? It's honestly smoother than Luke Cage's coffee metaphors. I hope that Daisy and Robbie stay on the team for a while. Even if S.H.I.E.L.D. is kind of a drag with the new director and the barrage of added security measures, these characters work well together. They need each other. If it takes a vengeful ghost to prove that, so be it.