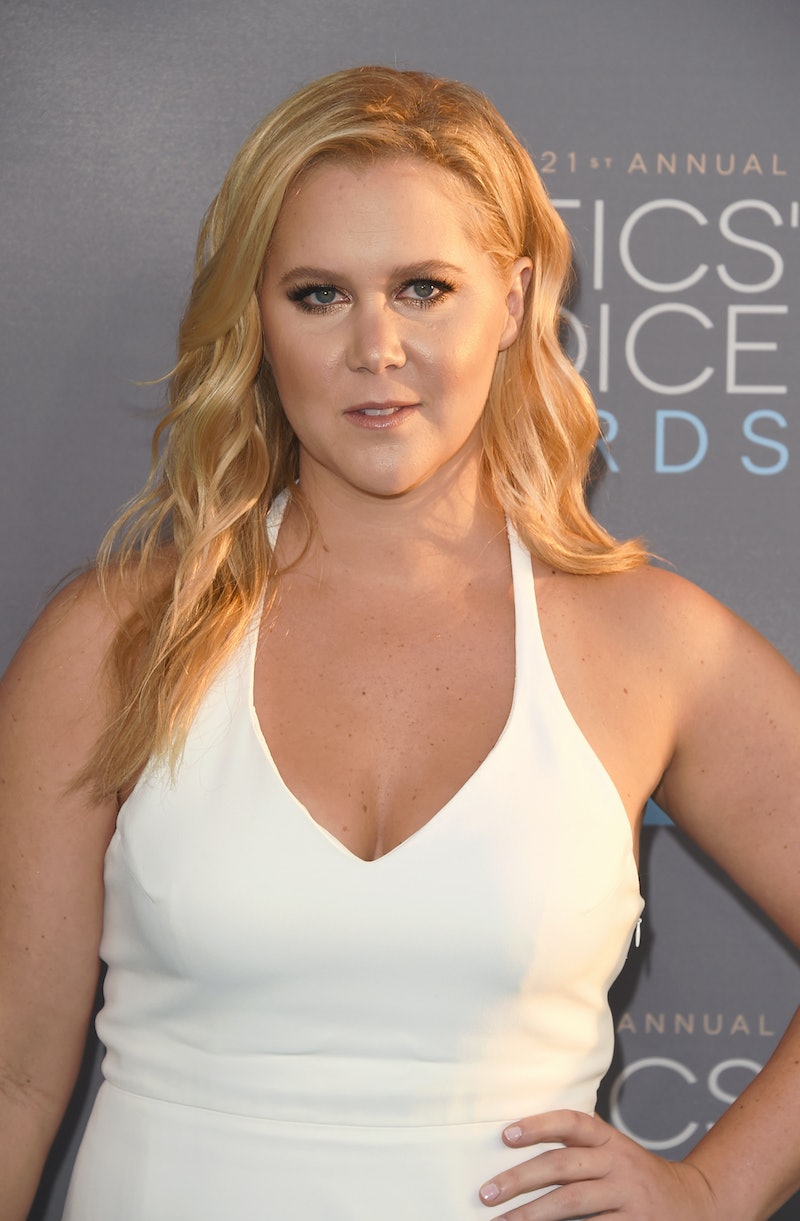 No matter where your political leanings are, I think we can all agree on one thing: this election is stressing everyone out. But this country's one saving grace during such a tense time? The jokes that come out of it. With each debate comes a new slew of material for comedians to work with, and one of my favorites isn't letting that opportunity pass her by... even if that means upsetting some of her fans. During a show in Tampa, Florida last week, Donald Trump supporters walked out on Amy Schumer after she called the Republican candidate an "orange, sexual-assaulting, fake-college-starting monster." And now, the Trainwreck star is fighting back. While performing at Madison Square Garden on Tuesday night, Schumer read an open letter to the Trump supporters who walked out, and while it was meant to be funny, she actually made some pretty great points.

Here's what her letter said, per People:

"Dearest Tampa, I’m sorry you didn’t want me, a comedian who talks about what she believes in, to mention the biggest thing going on in our country right now. How could I think it was OK to spend five minutes having a peaceful conversation with someone with different views? After the show, I want you to know that I will go straight to a rehab facility that will teach me how to make all people happy. Both the rich, entitled, white people who are gonna vote for him and the very poor people — who’ve been tricked into it! And Tampa, I’m so sorry. I shouldn’t have said that he was an orange, sexual-assaulting, fake-college-starting monster. Shouldn’t have said that. I will never again say that he is an orange, sexual-assaulting, fake-college-starting monster!"

(Trump has denied all accusations of his sexually assaulting women. No charges have been brought against him.)

Schumer is totally right on this one. It's hard to imagine a comedian not addressing the election when it's at the forefront of everyone's minds (and TVs... and Twitter feeds...) right now. And it's also hard to imagine someone enjoying Schumer's standup enough to buy a ticket to see it live, and then be surprised when she jokes about Trump. Schumer has always openly been a Hillary Clinton supporter as well as an outspoken feminist, so it's a given that she'd be upset by Trump's recent remarks. Providing funny social and political commentary is kind of in the comedian job description, so Schumer would be pretty remiss to cut election talk from her act entirely. She's right — she'll never be able to make everyone happy, so she might as well rile them up about something important.

Plus, it's pretty interesting that the same people who are offended by Schumer's comment aren't offended by Trump's "locker room talk" comments. And one more time, for the people in the back: What on earth are you doing at an Amy Schumer show if you are easily offended by comedy in the first place?!

I'm glad Schumer's not backing down from this one. She deserves to have her opinion heard, like we all do — and I admire that she never stops fighting for what she thinks is right, even if she spins it in a hilarious way. Here's hoping her election jokes are far from over, because I look forward to hearing what she comes up with.