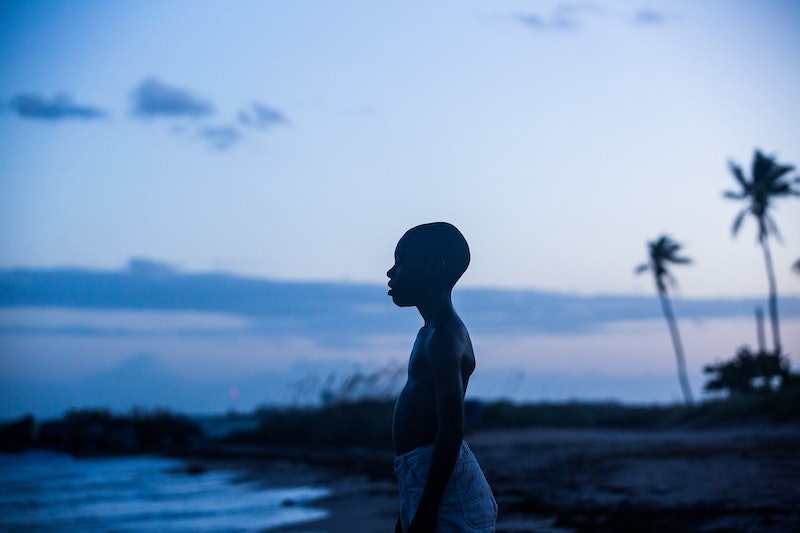 Filmmaker Barry Jenkins has set film festival juries and audiences talking this year with his poetic drama, Moonlight. A wider audience will finally have the opportunity to see the film when Moonlight is released Oct. 21. The movie checks in on a black male protagonist named Chiron at three different points in his life. Chiron is portrayed by three actors. First, by Alex Hibbert, when the boy is saddled with the moniker "Little"; then by Ashton Sanders when the teen reclaims his given name; and finally by Trevante Rhodes, when an adult Chiron goes by the name "Black." Throughout the film, Chiron faces the realities of poverty, drug addiction, and standards of masculinity in his hometown of Miami. Jenkins loosely based his script on the play In Moonlight Black Boys Look Blue by Tarell Alvin McCraney. Though Moonlight is not a true story, Jenkins and McCraney share some experiences with their characters and with each other.

According to The Chicago Tribune, the filmmaker and the playwright grew up in same Miami neighborhood and even went to the same schools, though they'd never met as children. A mutual friend introduced them as adults, and McCraney and Jenkins found that their similarities extended past a shared geography. Both of their mothers were addicts — a tragedy that affects Chiron's family as well. The creators' stories deviate sharply from their subjects' later in life. In the third act of the film, Chiron is a dealer who uses violence to distract from a sexuality he finds difficult to accept. Jenkins, however, matriculated to Florida State University for film school, while McCraney studied playwriting at Yale and received a coveted MacArthur genius grant.

In an interview with The New York Times, Jenkins addressed the pressure that's put on black filmmakers to produce art that makes a sweeping statement for all black audiences to identify with. The writer/director stated that Moonlight tells a singularly black story but with a strong sense of time, place, and character. "In that specificity there’s something universal, but also there’s a statement on the black experience," Jenkins said. "That statement is filtered purely through my experience and Tarell’s experience. We just both happened to have been born in this neighborhood, and both our moms just happened to become addicted to crack cocaine, and we both just happened to go on and become artists."

Moonlight stands out as a rare depiction of a protagonist of color being isolated by and dealing with the implications of his attraction to men in a environment that's even more dangerous for it. In the same interview, Jenkins clarified that he approached presenting homosexuality in the film "as an ally." He told The New York Times:

Moonlight and its performances are already receiving Oscar buzz. This fictional but familiar story may be a key component in breaking the #OscarsSoWhite cycle that inspired so much backlash last year.