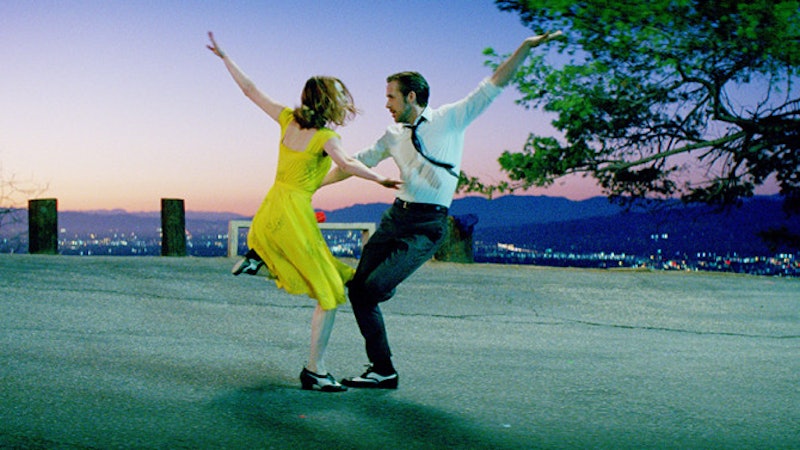 With summer ending and fall arriving, now is typically the time of year when movie studios put out their most prestigious films as potential Oscar bait. Just look at the past several Best Picture winners: Spotlight was released in November, Birdman in October, 12 Years a Slave in November, and on and on it goes. The last time a non-fall release won the Academy Award for Best Picture was all the way back to 2009, when The Hurt Locker took home the prize after hitting theaters in June. And this year is no different, as there are several fall 2016 movies with Oscar potential.

Only ten films every year earn the right to be nominated for Best Picture (it used to be just five), and I've found 13 films releasing this fall that could all come into consideration when the time comes for nominations. Some of these films have premiered at film festivals to critical acclaim ahead of their autumn release dates, while others have not been seen by the public at all and are building their buzz based on the prestige of their directors, actors, and stories. But one thing all of these films have in common is that they're serious Oscar bait. So take a look at the following 13 movies; expected to be the best this fall has to offer.

The new film from Whiplash director Damien Chazelle is a musical starring Ryan Gosling and Emma Stone. It's certainly unique, and it will be interesting to see how the Academy perceives it.

Science fiction films don't generally perform well at the Oscars, but the Academy loves five-time nominee Amy Adams, and this movie's big themes put it more in the category of a drama than a typical sci-fi movie.

This true life tale is about the story behind the Supreme Court case of Loving v. Virginia , which put an end to state laws prohibiting interracial marriage in 1967.

4. Manchester By The Sea

Casey Affleck stars in this Sundance darling as a man who becomes the legal guardian of his nephew following his brother's death.

Another Amy Adams vehicle, this thriller marks the second film as a director for designer Tom Ford, following A Single Man, which received acting noms from the Academy in 2009.

Director Ang Lee will try to make his mark on the Iraq War legacy with this drama; the first film ever filmed at the super high resolution of 120 frames per second.

This artsy drama follows the life of a closeted gay black man across three different periods of his life.

8. The Birth Of A Nation

Probably the Best Picture frontrunner before director Nate Parker's rape allegations recently resurfaced, it remains to be seen how the controversy could affect the film's chances this awards season.

9. The Girl On The Train

Emily Blunt is already getting lots of awards buzz for her role in this mystery thriller.

All you really have to know is that Martin Scorsese is directing this Jesuit priest drama, which basically makes it a lock for a look from Oscar.

Could Disney have their first animated non-Pixar Best Picture nominee since Beauty and the Beast? The beautifully animated fairy tale sure has a lot of hype.

The true story of Indian Saroo Brierley, who became lost as a boy and ended up adopted by an Australian family. 25 years later, with the help of Google Earth, he was able to track down and reunite with his birth mother.

Any one of these films could take home Oscar gold next year, and your best chance at seeing all of them is in theaters this fall.