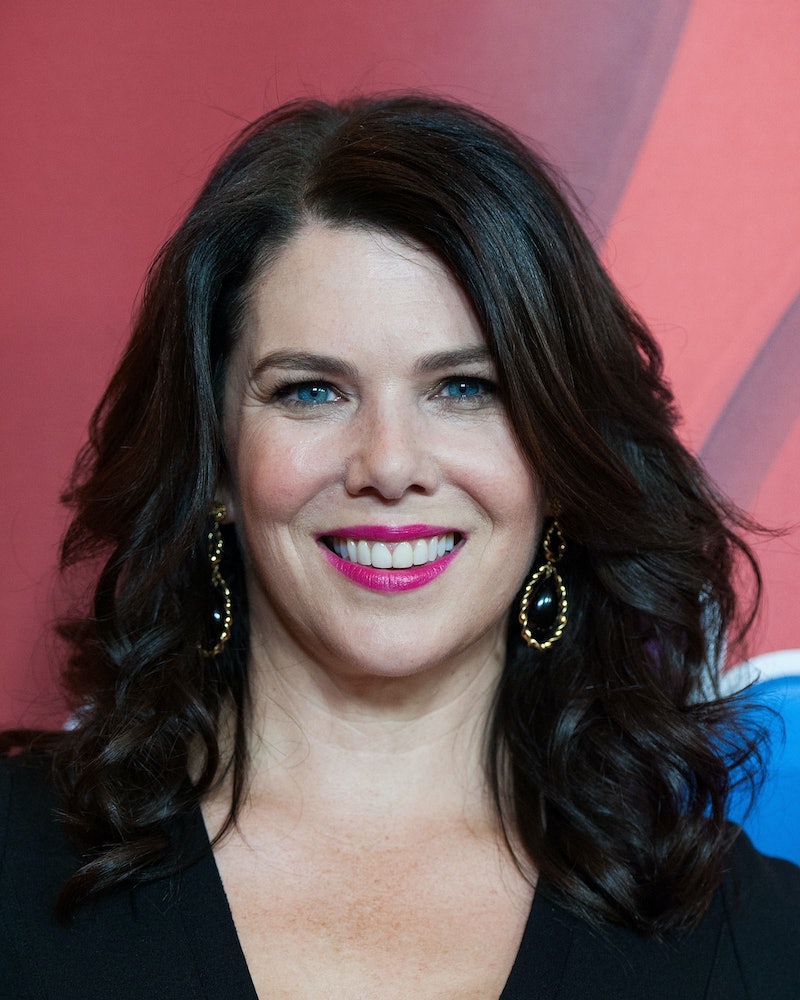 Sigh. It’s been nearly seven years since Gilmore Girls went off the air. And though we can all bask in the breakneck delivery of its quippy dialogue via ABC Family, it’s still not the same. We all live in a slightly less caffeinated and less pop culturally referenced world without it. Thankfully, much of the cast have gone on to have careers even greater than Miss Patty could have ever dreamed. Still, the question of a Gilmore Girls reunion or movie has come up puh-lenty since the show ended its hearty seven-season-long run. The cast has had mixed reponses, however, according to Lauren Graham’s recent Reddit AMA, she’d absolutely love for it to happen. Let all of the SQUEE-ing commence!

According to the Parenthood star:

[Lorelai] was so special - I wonder what happens to her too!...IF a movie version could be as good as we’d all want it to be, I’d love to play that character again.

Okay, so before we can jump to any conclusions here, the operative word is certainly “IF.” But it appears that Graham would be all-aboard so long as the movie wouldn’t pull a Sex and the City and destroy everything once good about the TV show with a movie. So just like that text your crush sent you last weekend, let’s over-analyze Ms. Graham’s comment and the likelihood of a Gilmore Girls movie. Would the rest of the cast be in or out? Here we go!

Unfortunately, Ms. Bledel seems not that into a Gilmore movie. However, according to Graham, the two are still good friends and they have lunch together in NYC. So who knows? Maybe Graham could use the power of junk food, girl talk, and coffee to woo her. It’d work for me.

It’s actually kind of hard to believe sometimes that the same Melissa McCarthy, who is famous for her brash and highly physical brand of comedy, once played the sweet-as-pie top chef of Stars Hollow. Since her Gilmore days, McCarthy has gone on to become one of the biggest names in comedy, starring in such huge hits like Bridesmaids (for which she was nominated for an Academy Award), The Heat, and Identity Thief. Despite her rise to the A-List, it seems like she'd be the kinda girl who would be up for a reunion. But, as she told Hollywood Life , "People ask [about a reunion] all the time. I’ve never heard anything about it."

Of all of the Gilmore Girls cast, Danes’ lack of stardom is perhaps the most surprising. As the series’ leading man, you’d think he’d land some stellar roles. But perhaps his brand of grumpy, scruffy charm was a little ahead of its time. (Nick Miller, meet your forefather.) Since the show ended, he’s worked in a few Saw sequels and nabbed some recurring spots in CSI:Miami and 90210. Maybe the Gilmore Girls movie would be just the career bump Danes so rightfully deserves.

Of course they would. Nothing has been declared… but, of course!

There just couldn’t be a Gilmore Girls movie without Rory’s BFF. Since the show, Agena has worked steadily, appearing in the Transformers franchise as well as hit shows like Shameless and Scandal. I’d still like to see how she and Zack are dealing with their parenthood/rockstar lifestyle. Likelihood? I’d say pretty high.

She should be with Dean! No, JESS FOREVER! Logan was perfect — WHAT DID YOU DO RORY? Lawdy, who knows where these storylines could/should go. Each of Rory's most eligible love interests have gone on to have their own successes and even IF these fellas didn't want to sign on for a movie, I think our Girls would do just fine without 'em. BECAUSE FEMINISM.