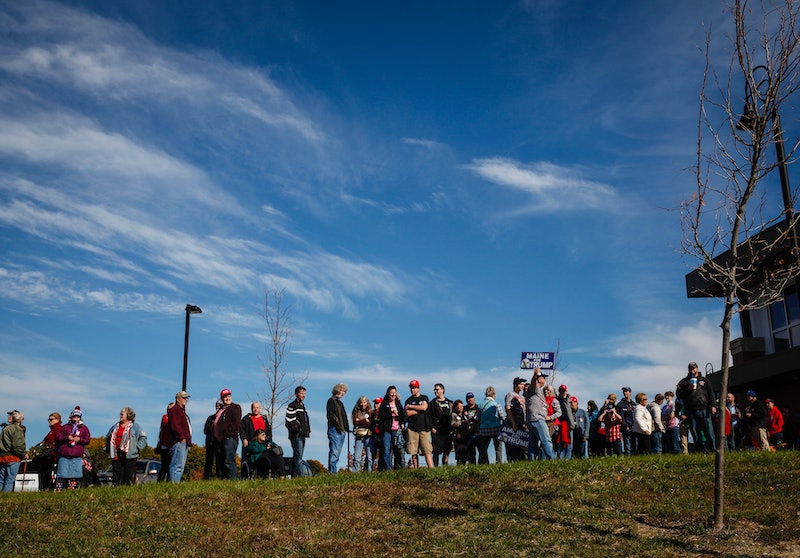 Just when you think you understand the Electoral College, someone throws you a curveball. Specifically, in Nebraska and Maine, the only two states in the union that use a different method of assigning electoral votes. To really understand the results as they come in on Election Day, you need to understand what the congressional district method is.

Employing the congressional district method is actually a fairly new thing. Maine only began doing it in 1972, with Nebraska following suit in 1996. Since that time, however, Maine has still never split its electoral votes, with all elections sending Maine's three electoral votes to the same person. It's only happened once in Nebraska, when President Obama won one of Nebraska's congressional districts on his way to becoming president.

The thinking behind this method is that while it still gives more weight to the winner of the statewide popular vote (because of those two extra electors tied to that), it's a step closer to elections decided by a nationwide popular vote. It's not generally supported as the ideal method of electoral college reform, because as the country has witnessed in recent years, it's too easy for one party or the other to manipulate the congressional districts by gerrymandering, and if this system were adopted nationally, the gerrymandered districts would have entirely too much power.

For now, though, Maine and Nebraska are the only states who have attempted to reform their Electoral College system, and this is the way that they've chosen to do it.