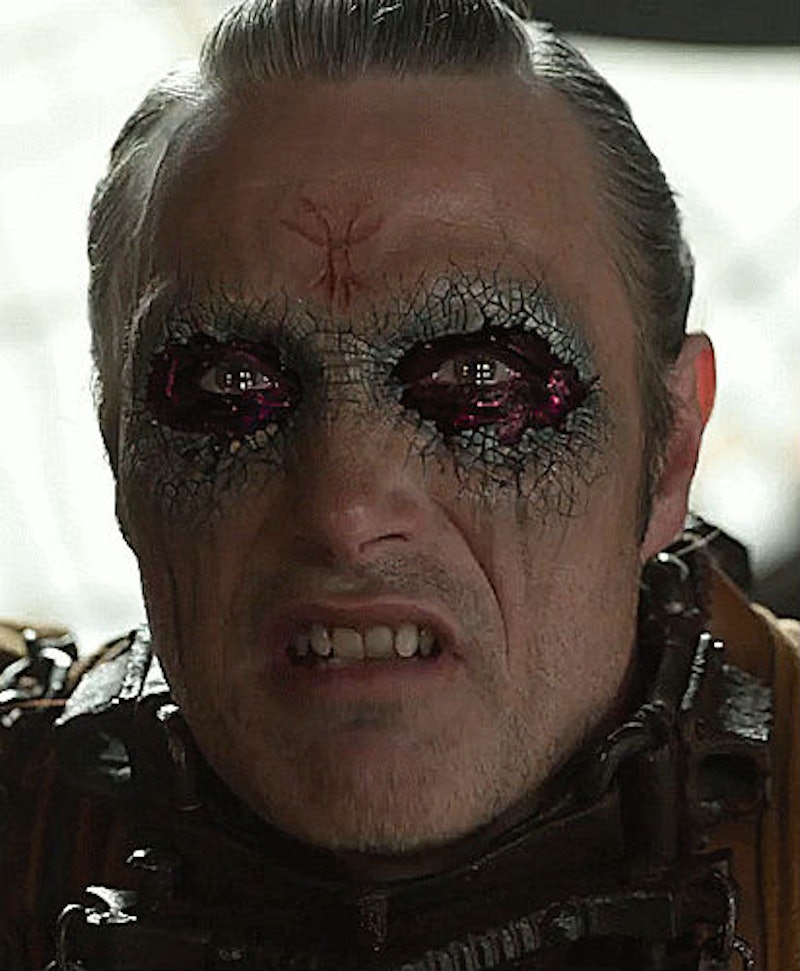 When it comes to superhero movies, people often say that a film is only as good as its villain. A captivating antagonist will always elevate the rest of the film, and bad guys like Heath Ledger's Joker and Tom Hiddleston's Loki are a big reason why The Dark Knight and The Avengers are often found at the top of superhero movie rankings. And with the newest superhero movie, Doctor Strange, being such a big risk in the genre, a lot is riding on the antagonist being memorable. So just who is the villain in Doctor Strange ?

The bad guy in the film is played by Mads Mikkelsen, which is great news right off the bat. Mikkelsen is one of the best actors in Hollywood when it comes to playing a villain, with his roles as Le Chiffre in the James Bond movie Casino Royale and Hannibal Lector in NBC's Hannibal being prime examples of that fact. In Doctor Strange, he will be portraying a character named Kaecilius, who is a master of the mystic arts not unlike Doctor Strange himself. The character has a history in Marvel Comics, albeit a small one, as a follower of Strange's nemesis, Baron Mordo. It appears, however, that the character's role has been greatly altered for the film.

In the movie, Kaecilius is essentially a cult leader, with his devoted followers being known as the Zealots. Kaecilius and the Zealots aim to break down the barriers between the different dimensions; something Doctor Strange and the Ancient One believe will be catastrophic. However, Kaecilius' reasons for wanting to do this don't come from a place of evil. The movie's official prelude comic shows that Kaecilius tragically lost his wife and son, and began training under the Ancient One under the assumption that he would be able to reunite with them in another world. After growing frustrated because he believed the Ancient One wasn't showing him everything she could, he formed the Zealots and struck out on his own to find a way to merge the dimensions.

That pretty much sums up what's been revealed about Kaecilius, but as far as the actual villains in the film are concerned, there's a chance that he might be a red herring. First of all, Strange's nemesis in the comics is Mordo, who is depicted as his ally in the film. In the comics he starts out as an ally as well — then he tries to kill the Ancient One. No one expects Mordo to stay a good guy in the movies, it's just not clear yet if he'll turn bad in this film or in a sequel. There's also the question of another stronger force using Kaecilius as a conduit for its own actions, with the lead theory suggesting that the character merely acts as an earthly vessel for the powerful mystical being known as Dormammu, Lord of the Dark Dimension and Strange's most powerful foe.

There's still a good deal of unanswered questions surrounding the true nature of the villain (or villains) of Doctor Strange, and since the movie is all about magic and mystery, that's probably a good thing.