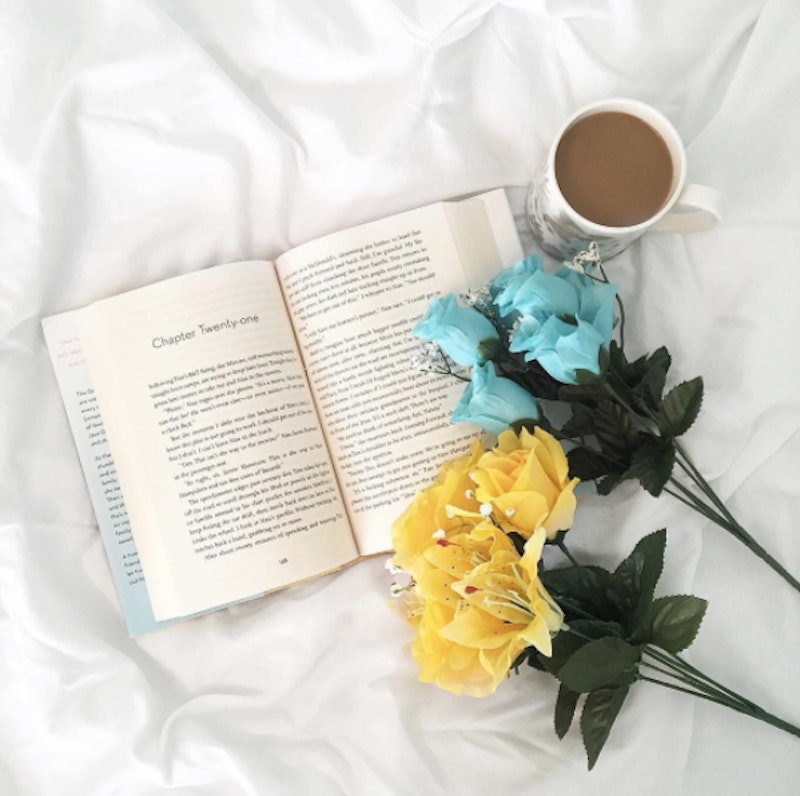 For most of the people in the world who love YA novels as much as I do, if you want a book, you head to the bookstore or boot up whatever online retailer you like to get your ebooks from. Thankfully, major publishing houses have got us covered in finding something to pique our interest, but the world of self-published young adult novels shouldn't be counted out. When you hear of success stories like Fifty Shades of Grey going from fanfiction to self-published book to mainstream novel, no matter how much your opinion of that book might vary, you can't deny that there are a lot of amazing, undiscovered books out there just waiting for someone to discover them. At least, that's how I felt, and, luckily, I wasn't proven wrong.

The following young adult novels were self-published by the authors who wrote them, and, in some cases, you can tell that they didn't have the complex system of checks and balances that mainstream publishing gives to their novels before they hit the shelves. However, whether it's the content of the novel, the lyricism of the writing, the unusual plot, or all of the above, these books have a special something that should inspire you to give them a read or two or three. Or ten.

Ice Massacre is, quite frankly, amazing. It tells the story of Meela, a girl from an island besieged by mermaids, who grows up to become a warrior on the first all-female expedition to wipe out the monsters. However, Meela's childhood friend Lysi is a mermaid, and, when the pair reunite, Meela begins to think that a war with the mermaids isn't the answer to the question of how to save her people. Basically, if you like POC protagonists, LGBT romances, and female relationships of the positive and negative variety, this is the book for you. The sequel, Ice Crypt, was just released in July 2016.

It's a novel about a female dirt bike racer. Can you think of very many of those on the market right now? Clover Kassedy has but one dream — to be the very best at bike racing — and she's not going to let anyone stand in the way of that. Her determination, independence, and bravery are incredibly inspiring. Her relationship with her boyfriend, Dallas, was less so for me, but at the end of the day the book wasn't about that. It was about reaching for your dreams.

Imagine your normal, average, everyday coming-of-age romance novel. Now put a cyborg in it. That's the secret formula for Freaks of Greenfield High, which follows Jay as she hides from a shadowy organization and tries to experience the normal teen moments like going to school, falling in love, and learning what it means to fit in. Of course, her version of fitting in means being human, but, hey, there are loads of us who still need to learn how to do that. You'll find her a very relatable and compelling heroine in all three books in the series.

If you were as in love with The Mummy's heroine as I was, you're going to love Vhalla. The young library apprentice grows from quiet nerd to unchallenged hero over the course of the five-book series, which introduces such challenges as war, infuriating beautiful men, and maintaining your independence in a world that wants nothing but to use you for their own various purposes. Kova describes a truly fascinating world in the Solaris Empire that you're never going to want to leave.

Are you getting tired of your average time travel stories? Then, may I introduce you to Noffke's take on the genre, where, instead of using a machine or magic, you can time travel in your sleep. That's exactly what happens to Roya, a Dream Traveler who can only go to the past or around the present rather than the future. As she trains to defeat a villain who causes nightmares and navigates an inevitable love triangle, you'll be feeling delightful flashbacks to the likes of Inception and Divergent.

If you miss the vampire craze, then Anathema is just the book for you. Anathema introduces us to our heroine, Evangeline, who moves to New York to work with a mysterious, beautiful woman named Sophie. Her life is forever changed, but strange things begin to happen to her in real life, as well as in her dreams, that all have one big connection: vampires. And yet there's so much more than that going on that you'll be on the edge of your seat and begging to get your hands on one of the three sequels.

First, let me give you the bad news: the sequel to Demon Meat for Dinner doesn't seem to be coming anytime soon. But that's it for the bad news. The good news is that this book is a riveting LGBT paranormal story in which at least three of the main characters aren't strictly heterosexual. When Mortimer's father figure Lloyd passes away, he leaves Morty the farm on which Morty had been working. He eventually discovers that the farm is the site of the gate to Purgatory, and Lloyd has passed on to him the responsibility of protecting it, and the supernatural community of their small town. Navigating his complicated feelings for his childhood friend Gabriel quickly becomes the least of his problems.

Meet Wendy. She has a unique problem, in that her mother totally tried to kill her once. As it turns out, her mother may have been justified in doing so, as Wendy eventually discovers when she turns seventeen that she is, in fact, a troll. From there, her life becomes rather magical — not to mention full of numerous male trolls who would love for her to give them the time of day — and rather dangerous. Hocking is perhaps one of the most prolific examples of the success you can find through self-publishing, and Switched is one of the finest examples of her work.

9. The Magic Shop by Justin Swapp

Marcus and Ellie live above their grandparents' magic shop, and yet Marcus doesn't believe in magic. That all changes when he gets in trouble and his grandparents "punish" him and Ellie by making them work in the shop. As you might have guessed from the fact that this is a book, the shop is just a front for a real magical community, one which Marcus and Ellie get sucked into. It's wondrous. It's dangerous. It's somewhere between middle grade and young adult, but still an immensely satisfying read.

All right, all right. Chasing The Star Garden is more NA than YA. There are some very mature themes to be found here, but it's just so good that I need it included on this list. Opium-addicted Lilly is an airship racer who is encouraged by her lover to make a trip that changes her whole life, plunges her into the midst of mystery and danger, and, of course, launches some pretty spectacular character development. There's action, adventure, steamy romances, and graphic drug use. If you think you can handle all of that — and airships! — then this is the book for you.

Of course, this is just a small sampling of some of the truly great books out there that just so happen to not be represented by a major publishing house. Whether you're looking for the next Fifty Shades of Grey, or looking for a self-published novel that proves there's better indie work out there than Fifty Shades of Grey, these books are a great start. Now, if you'll excuse me, I'll be reading Ice Massacre for the 100th time.