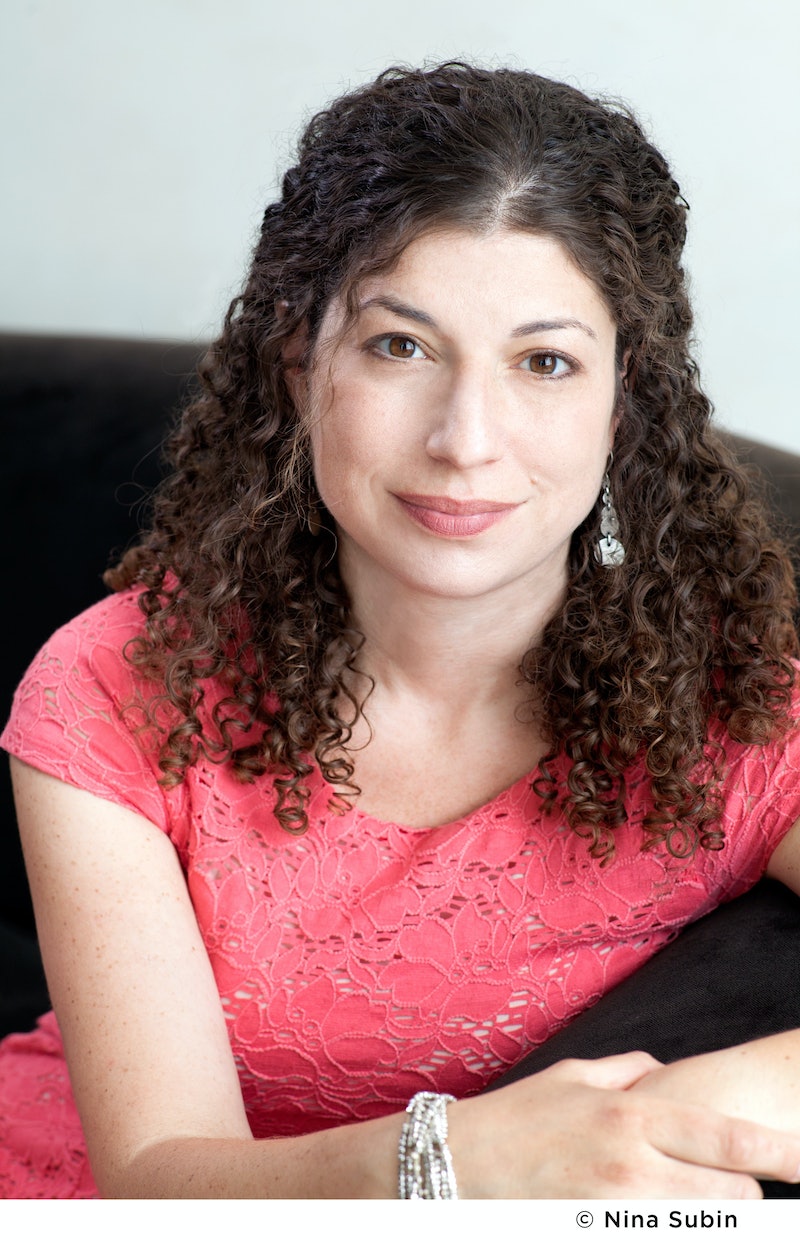 In a city as busy and diverse as New York, the people-watching opportunities are sublime. Nina, one of the leading ladies of Tova Mirvis's Visible City (Houghton Mifflin Harcourt), spends many evenings watching her neighbors and the quiet peace in their apartments. Nina, a mom of two young kids, is bored and lonely, and looks to these neighbors to escape her nutty domestic situation.

Each has more problems than can be seen through a window, though: Claudia and Leon, the older couple, and Emma and Steven, the daughter and future son-in-law, are all at pivotal moments in their lives. Over the course of a few weeks, the lives of these neighbors intersect, and as strangers become less strange, each character recognizes how appealing escaping is — but also the consequences. Strewn throughout the novel are lovely descriptions of stained glass (Claudia studies the work of stained glass maker John LaFarge), underground abandoned subway stations, and obsessions with cupcakes.

In this, her third novel, Mirvis artfully depicts the tensions between desire and fulfillment, watching and knowing, admiring at a distance and encountering up close. Visible City is a novel that brilliantly casts light on the happenstance, exposure, and energy of urban life. We spoke with Mirvis about Visible City, glass, and, of course, cupcakes.

BUSTLE: This is your third book. What do you think you’ve learned since the first and second?

TOVA MIRVIS: Well, this book has taken me 10 years to write, so I've had ample time to learn. I really learned to push myself and push my characters past a point of comfort.

How’d you get interested in glass work and stained glass?

Ironically, my now-ex-husband was interested in John LaFarge, and that's how I first heard of his work. I've always been interested in windows and what we see of people, and what we don't see, too. Stained glass windows are so fascinating because we can't see through them. They need light shed upon them. In the same way, people have parts of themselves that get hidden away. So stained glass is a perfect way to deal with the themes of the book.

This book is about a lot of things, and among them is cupcakes. They're all over the scenes of this book!

Yeah! You know, it's funny — I pass all of these lovely bakeries and see cupcakes and other little delicacies in the window. They're so nice to look at. I have no desire to eat them, I just want to look at them, to touch them. To me, they're these wonderful examples of the magic of the everyday — small moments of beauty and perfection in life.

What are your favorite New York novels?

I'm an exile from New York, and I miss it so much. There are so many amazing novels set in New York. One of my all time favorite novels is The Age of Innocence, a story of thwarted desire that takes place in old New York society. And set more recently, I love Netherland by Joseph O'Neil and Morningside Heights by Cheryl Mendelsohn. And I love essays about New York by Jonathan Franzen and Philip Lopate.

I love Woody Allen movies, too.

The Age of Innocence by Edith Wharton, $9, Amazon

What do you miss most about the city?

You capture so well the difficulty of knowing what is ever going on with a couple if you’re not in the relationship.

I spend so much time looking at other people. I think we all spend a lot of time thinking other people's lives are so much happier than ours. I think relationships can be different even for the two people in the relationship. The people we're closest to are sometimes the hardest to see. In a relationship, the person you see at one stage is not the same person you'll see one year or two years or 20 years later.

Nina is a young mom of young children, and Claudia’s kid is all grown up. Do you see Nina growing to become more like Claudia?

When I started the book I identified much more with Nina. But now, 10 years later, I'm that much closer to Claudia's stage. There's a craziness in motherhood. I felt, when I was the mother of younger kids, that whatever I did was somehow wrong — that we hadn't played enough, hadn't baked together, hadn't learned that day. So I think Nina is really navigating the drama of what young mothers have to deal with: the drama of what we should do. And what it feels like for someone who makes a particular choice in parenting.

Parenting is hard! Even if you give your kids what you think they need, there's no way to give them everything they need. Claudia has learned, I think, that the urge for mommy protection is impossible to always fill. But she still feels that tingle to protect her daughter. I wonder if that ever goes away.