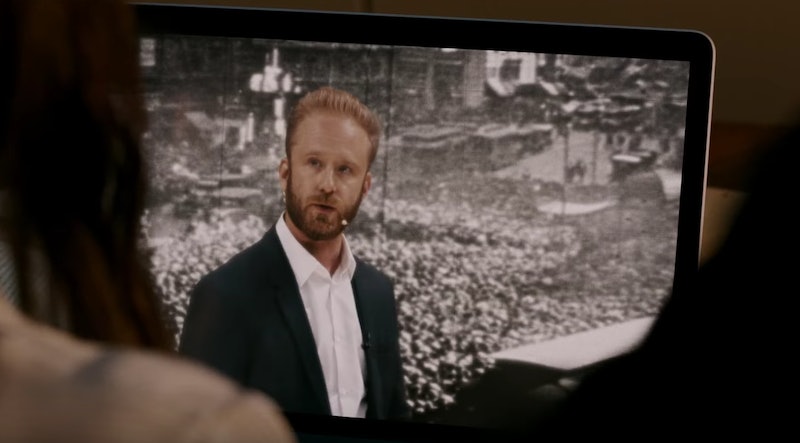 Bertrand Zobrist, the villain in Inferno, sacrifices his life at the beginning of the film to protect his ultimate goal: to wipe out half the planet's population. A millionaire bioengineer, Zobrist used his great intelligence and even greater funds to create a virus he called "Inferno" that would solve the planet's growing overpopulation problem, what he describes as the 11:59 problem. Zobrist believes that humanity is reaching a critical mass, and soon the Earth will not be able to sustain the number of people living on it. So, the solution, obviously, is to kill half the population. But, while Zobrist may use his overpopulation theory to justify mass murder, just how accurate is the 11:59 theory from Inferno in the first place?

Zobrist's 11:59 theory in Inferno paints a dire picture, if 12:00 represents the time when the Earth will reach its capacity for human life, meaning that the Earth won't be able to support more people. In fact, it will barely be able to support the population it would have. According to Zobrist's calculations, it's currently 11:59 for humanity, and there's only a minute left before we cross the point of no return.

According to Ben Foster, who plays Zobrist, the statistics Zobrist uses to back up his overpopulation theory are accurate. All the statistics in the film are true. It's terrifying," Foster said in an interview with the Today show. The statistics note that the Earth's population has more than doubled since the 1960s, when it was estimated at 2.5 billion. Currently, the United Nations estimates that there are around 7.2 billion people on Earth, representing a drastic increase in a small period of time. But what this population growth means for the future of humanity is still a topic of debate. As National Geographic reported in 2014, scientists have created various projections for the future, many of which contradict each other. One published in Science journal estimated there would be 9.6 billion people by the year 2050, while another published in the Global Environmental Change journal predicted the population would reach 9.4 billion sometime this century, but fall below nine billion by 2100.

Zobrist's facts and figures may add up, but the scientific methods behind those facts and figures are constantly being questioned by others in the scientific community. Furthermore, the theory that the planet will reach a point where it can no longer support every human life has been similarly questioned. Erle C. Ellis, a professor of geography and environmental systems, argued that overpopulation theories left out one key aspect of human survival: technology. "These claims demonstrate a profound misunderstanding of the ecology of human systems. The conditions that sustain humanity are not natural and never have been," Ellis wrote in an op-ed for The New York Times . So, there are conflicting opinions on this issue. Variations of Zobrist's 11:59 theory in Inferno are widely believed, but they are also widely questioned. So, while the theory in Inferno is based on real life theories of overpopulation, that doesn't mean it's actually true.

It's important to note that Inferno doesn't really endorse Zobrist's theory. There is very little time spent analyzing the 11:59 argument, and Zobrist is painted as a villain from the beginning. The point is to force the audience to ask questions about population growth, not for audiences to freak out about 11:59. "When Ron hired me, he said he wanted the audience to leave with more questions then answers," Foster told Today. And the film certainly succeeds.