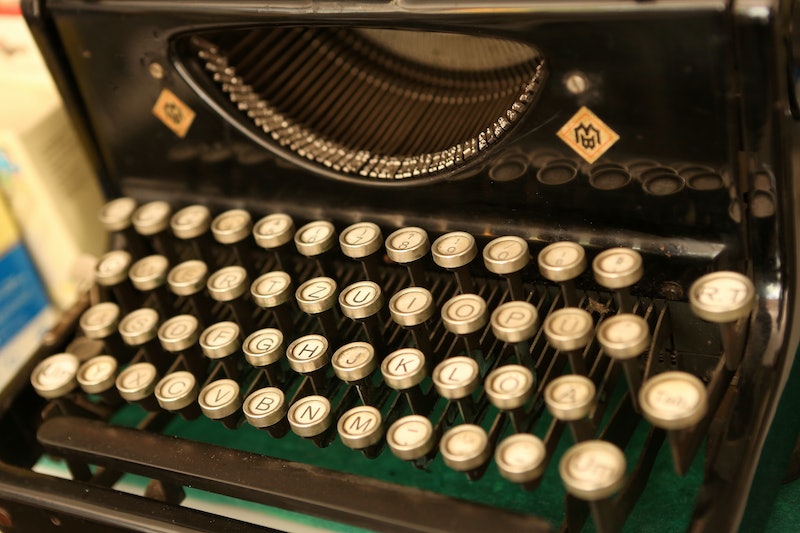 When you're staring at a blank page at the beginning of National Novel Writing Month, it can seem completely unthinkable that you could ever create anything worth reading. Getting started is a daunting task when your word count is zero — but I promise, it can be done. Some of your favorite novels sitting on your bookshelf right now were written during NaNoWriMo, and those authors started with blank pages just like yours.

One of the coolest things about NaNoWriMo is how much support you get from your fellow writers. There's a whole community of aspiring novelists there to cheer you on, and you even get pep talks from successful writers who have their own tips and tricks for you. But one of the best motivations of all has to be going to a bookstore and looking at all the fantastic NaNoWriMo novels flying off the shelves — just like yours could be this time next year.

Of course, hitting your word count during NaNoWriMo doesn't signify the end of the road: all these authors will have put their books through countless revisions in the months following the November challenge. But by then, the hard part was done. They got their ideas down on paper in a month — and so can you. Here are eight best-selling books written during NaNoWriMo that will prove to you it can be done!

1. The Night Circus by Erin Morgenstern

This hefty book was actually written over the course of three NaNoWriMos, which explains the impressive word count. In NaNoWriMo 2005, her first draft took a surprise tangent when she decided to send her characters to the circus — and the rest is history. The rest of the novel was written over the course of the following two Novembers, and now The Night Circus is one of the best-loved novels at book clubs across the country. Morgenstern's advice for you: "Take risks" and "Let yourself be surprised."

2. Water for Elephants by Sara Gruen

Water for Elephants has been so successful it was even adapted into a movie with Robert Pattinson and Reese Witherspoon — and I bet you never would have guessed that it began as Sara Gruen's own NaNoWriMo project. In her pep talk on the official NaNoWriMo website, Gruen talks about what a tough time she had during that month: several ill pets and a broken foot provided a serious setback. But once she decided to focus on the *fun* bits, the rest followed. "We can do this," she promises. "However far behind you are, take comfort in knowing that there is somebody else out there in the same boat, and look for that next fun scene. And then the next. And if that doesn’t work, set someone on fire. In your book, of course."

3. The Beautiful Land by Alan Averill

Alan Averill's best-selling fantasy The Beautiful Land was started during NaNoWriMo, and Averill's words of inspiration about first drafts are seriously encouraging. "I think writers just don’t trust themselves enough to realize that first drafts are often much closer to completion than they know," Averill writes on the NaNoWriMo blog. "I’d guess that at least 80% of the first draft is in the final draft." How great is that?!

Rainbow Rowell admits herself that she was pretty skeptical about NaNoWriMo to begin with. She was already a published author at that point, and couldn't see how writing a novel in one month could ever go well. But when she gave it a shot — well, she produced Fangirl , so we have NaNoWriMo to thank for that beloved novel. Although Fangirl ended up twice as long as the 50,000 word count that she hit during the month of November, the amazing part is that when it came to final revisions, she kept almost every word that she wrote during NaNoWriMo. It's not just a gimmick, y'all; NaNoWriMo can help you produce your best work.

Not only was Wool written during NaNoWriMo, it was also originally self-published by Hugh Howey — so nobody could have predicted quite how much it exploded. But its place on the New York Times bestseller list is proof that NaNoWriMo is a great way to kickstart your novel. It was later republished by Simon and Schuster, and Ridley Scott even picked up the film rights. And Hugh Howey's got some words that can't fail to get you excited for this November: "NaNoWriMo has been the greatest thing to happen to me as a writer."

This has got to be one of the greatest NaNoWriMo success stories of all time: Marissa Meyer wrote three of her best-selling novels during NaNoWriMo — all in the same month. In 2008, Meyer heard of a competition in whoever wrote the most words during NaNoWriMo would win a walk-on role in a Star Trek episode — and, "being both a geek and a chronic overachiever," she couldn't resist. Although she sadly didn't win that prize, I'd say she won a far greater one: she completed three incredible first drafts — which, of course, we have now come to know and love as The Lunar Chronicles.