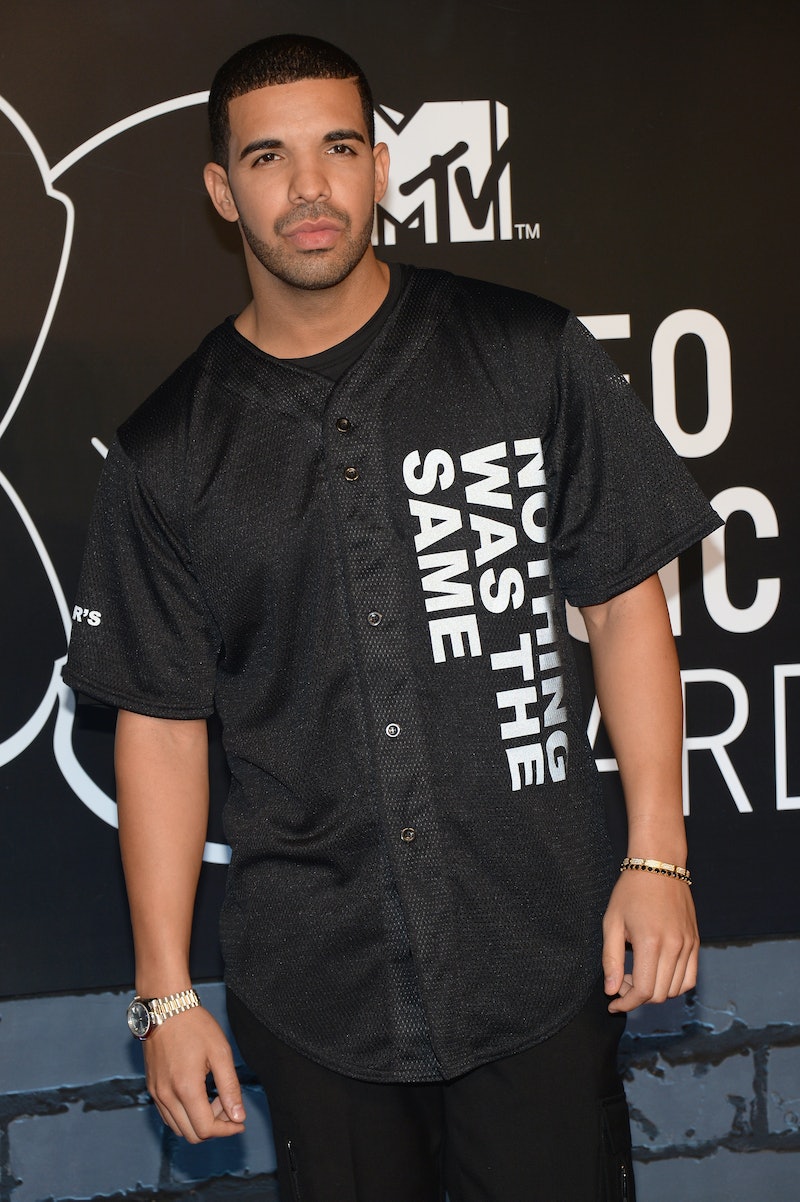 Dating rumors continue to swirl around Drake and Taylor Swift, which is bound to happen when two hugely popular celebrities hang out together, but are Drake and Taylor Swift actually dating? You really can't believe anything that's being reported, especially when nothing has been confirmed. Plus, no one from Drake nor Swift's camps has commented, so until that happens, anything involving the two musicians is pure speculation. Bustle has reached out to reps for Swift and Drake for comment on the reports, but has not yet received a response.

All of these dating rumors began last Sunday when the 1989 artist attended Drake's 30th birthday party. According to HollywoodLife.com, the two were reportedly spotted getting all cozy. The source told the site, "They were all up on each other — no kissing — but touching each and other and cheeking." After this report, HollywoodLife.com posted an update saying "a source close to Taylor" has said "that she and Drake are totally just friends!"

So, are they just friends? Are they dating, but in secret? Whatever is going on, if anything, between these two remains a mystery. But that doesn't mean we can't round up the Drake and Swift dating rumors, because I'm sure you want to be able to keep it all straight.

Wow. Things really are getting serious here — or are they? According to TMZ, Drake introduced Swift to his mom. Per sources, Drake "wanted to make sure she met his inner circle," which included his mom and his close friends, especially since she isn't "a regular" at his parties. That said, TMZ reports the two are just friends and not dating. It's still kind of a big deal if she got to meet his mom, whether or not there is anything romantic happening.

Tom Hiddleston Is Not Thrilled

There's also a rumor that Swift's ex-boyfriend Tom Hiddleston is surprised about her alleged new relationship. "Tom is shocked at the news that Taylor was flirting with Drake at his birthday party," a source told HollywoodLife.com. "When Tom heard that Taylor and Drake were close at the party, his jaw dropped in surprise. Taylor has always had a type of guy she was attracted to and Tom was taken back that she could be into a guy so opposite of him." You don't say? That's not all, either. The source added, "Tom is in a bit of denial about the thought that Taylor and Drake could be a new couple. Although Tom may wish the best for Taylor, he just doesn’t want to believe it and couldn’t see that one working out."

Seeing as Rihanna and Drake once dated (or seemed like they dated?), why wouldn't she give Swift some advice about her supposed former man? HollywoodLife.com alleges RiRi has warned the "Shake It Off" singer to stay away from Drake, because he'll only break her heart. A source also added, "Taylor doesn’t stand a chance with Drake. She ain’t got nothing Drake wants and she certainly doesn’t want the type of headaches and drama he’s capable of giving a woman." That same insider also added, "Taylor’s known for writing songs after her bitter break-ups with her exes and if she got a dose of the games Drake plays, she’d be writing songs about it until she turns 100. Drake’s a deadly spider and Taylor can mess around and get bit if she wants to."

Taylor Is Basically Just As Important As Drake's Mom

During the rapper's big birthday party, Page Six claims the only two people he really cared about were his mom and the "Bad Blood" artist. "The only person he spent more time with other than his mom was Taylor," a source said. The two were also reportedly hanging in Swift's booth where they "were intimately flirting, talking closely and laughing."

See? The T. Swift and Drake dating rumor mill is definitely on fire.