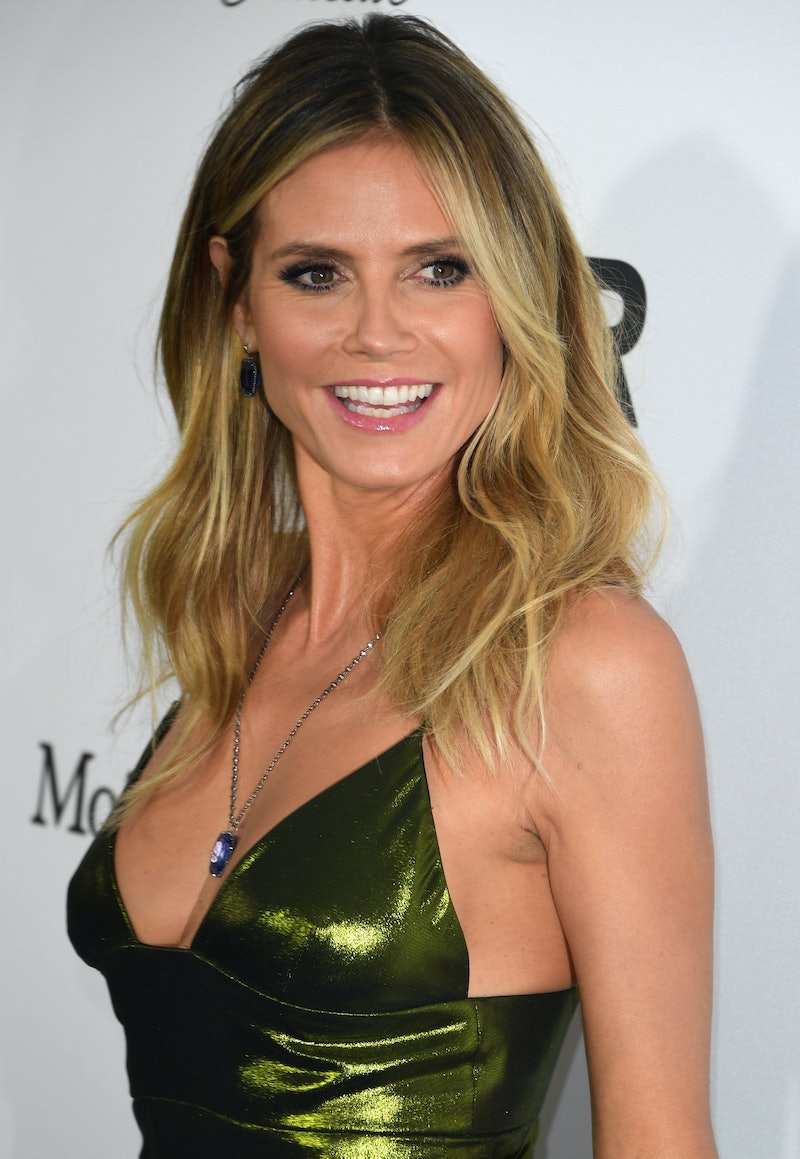 Listen up, folks. #HeidiHalloween is fast approaching, and after over 15 years, Heidi Klum continues to make Halloween her baby with her annual Heidi Klum's Halloween Party. Her costumes should be placed in a museum because they are that iconic. Last year, the model was unrecognizable as she transformed into a very-voluptuous, red-headed Jessica Rabbit. At the amfAR Inspiration Gala on Thursday night, Klum tells me the costume took two hours to dissemble. Two hours. It's not that glamorous, but it's worth it. And she's ready to set the bar even higher this year. "I probably put on the pressure myself. I want it to be witty, out-there. I like the magic that happens," she says. But surprisingly, Jessica Rabbit isn't Klum's favorite costume yet. She tells me why perhaps her least-sexy costume to date is also her most cherished.

No matter who Klum decides to turn into for that one magical night of the year, she's always been unapologetic about it. Especially in 2013, when she transformed into an elderly woman. Oddly, people questioned her costume choice. "[They] were like, 'Why would you do an old lady?,'" she says. To Klum, Halloween isn't just about being someone you're not, but also about someone you can be — even if it isn't the sexiest.

"I thought it was cool to look in the mirror kind of thinking about, 'What am I gonna look like if I'm lucky enough to turn 90 or 100 years old?,'" she says. "That was my favorite costume." Klum says she loves Halloween so much because it's her chance to just get "weird." Looking sexual and glamorous can definitely be an exciting ego boost, but she's fortunate enough to do so in her day-to-day life. "Most girls just wanna be sexy... It can be a little bit more like that, but because of all the photoshoots that I do, red carpets, I get to [wear] those kinds of looks a lot," Klum says.

Klum has been super committed to her wild costumes for about five years now. She explains how she always created her look on her own until she met professionals who do prosthetics for movies and such. "I'm their canvas and they get to show what they can do," she says. Although #HeidiHalloween is just a few days away, there's still much to be done to create her next masterpiece, which will have the theme...

German. And it's being made in Germany. "Things go wrong and it's not as easy as I thought it would be," she explains. "Still, today, we talk about the things that have to be done on Monday... up to the last minute. And still, I don't know: Will it work? You can't rehearse that. You can't try things on beforehand," Klum says.

#HeidiHalloween is quickly approaching, so place your bets on what Klum's German-themed masterpiece will actually be.