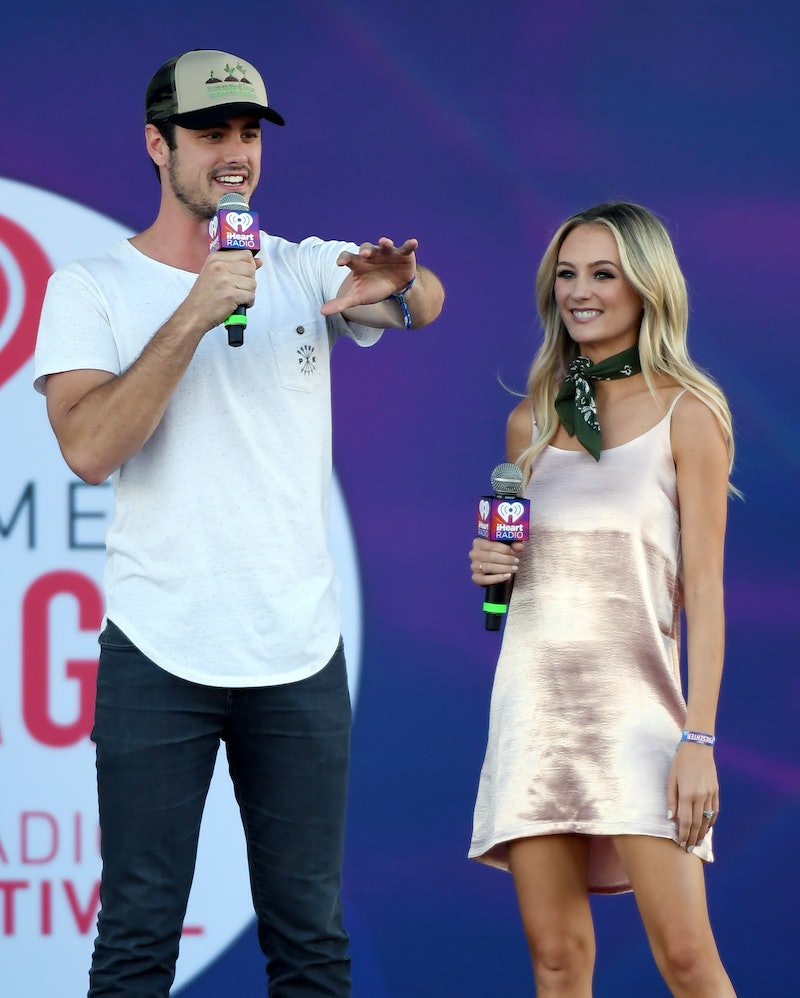 Talk about being there for the right reasons. For a number of former Bachelor and Bachelorette contestants, going on to have a career in the spotlight was only natural. With millions of Americans rooting for them to find love, and determined to follow them into their personal lives at home, it makes sense that a lot of contestants would turn that audience into money-making machines after the show ends. Whether it’s on other reality television shows or hosting talk shows of their own, these former romantics have found a way of translating their time in reality television into pretty lucrative careers in the spotlight.

And I can’t say I blame them for milking that situation for all its worth. For many of these contestants, their lives totally turned around in their newfound fame. Many of them went from everyday jobs, like working in marketing or as an elementary school teacher, to careers that kept them securely in the limelight. That’s not a terrible gig, as long as you don’t mind the cameras following you for the rest of your life.

But some of these former contestants don’t seem to mind at all. Instead of shrinking back into the shadows after their time on The Bachelor and The Bachelorette, these contestants decided to ride the fame train as far as it would take them.

After finding and losing love as The Bachelorette, Dorfman didn’t go back to being a lawyer. Instead, she wrote a tell-all book about her time dating on, and after, the reality television show.

After finding love with Catherine Giudici, Lowe went on to star in a number of reality TV shows, including Dancing with the Stars, Celebrity Wife Swap, and Marriage Boot Camp: Reality Stars .

Joining her husband for a number reality television ventures, Catherine made a name for herself on Marriage Boot Camp: Reality Stars, throwing the couple’s romantic problems into the spotlight for a few more weeks in the limelight.

With her fiancé, former Bachelor Ben Higgins, Bushnell started another Bachelor spin off. The reality show follows the beloved couple as they settle into life post-reality television... although I’m not sure how genuine that’s going to be since they’re still on reality television.

In addition to joining his fiancée in the Bachelor spin off, Higgins has also opened up about his desire to pursue a political path. That might be a first for Bachelor Nation, but having a number of constituents already in love with him certainly couldn’t hurt.

This model and television personality has turned her time on The Bachelor and Bachelor in Paradise into a gold mine. She currently is a social media maven, selling a number of products to all of her followers for a good deal of money.

After her stint as The Bachelorette, Fedotowsky went on to star in a number of hosting gigs, including a pretty significant stay as an E! News correspondent.

And so begins the long list of former Bachelor contestants who went on to star on Dancing with the Stars. I swear, sometimes it feels like a direct pipeline. But one of the first contestants to ever make the transition from finding love to finding rhythm was Sutter.

After being shockingly dumped by her fiancé for the other contestant, Rycroft turned her pain into progress on the dance floor.

This pilot left his wings behind in order to soar on the dance floor. Unfortunately for him, his relationship with fiancé Vienna Girardi — a contestant on the show at the same time — ended soon after that.

This television personality didn’t fade into the background the minute the cameras stopped rolling. She went on to host Love It or List It Vancouver in Canada.

This model has continued to work, long after her relationship with Ben Flajnik ended. And thank goodness for that, because she is clearly very talented.

After milking his medical degree to make all the women swoon on The Bachelor, Stork went on to co-host the very popular talk show, The Doctors.

Sometimes the being on The Bachelor for the right reasons isn’t about love at all. Sometimes it’s about stepping into the limelight and staying there for professional reasons.