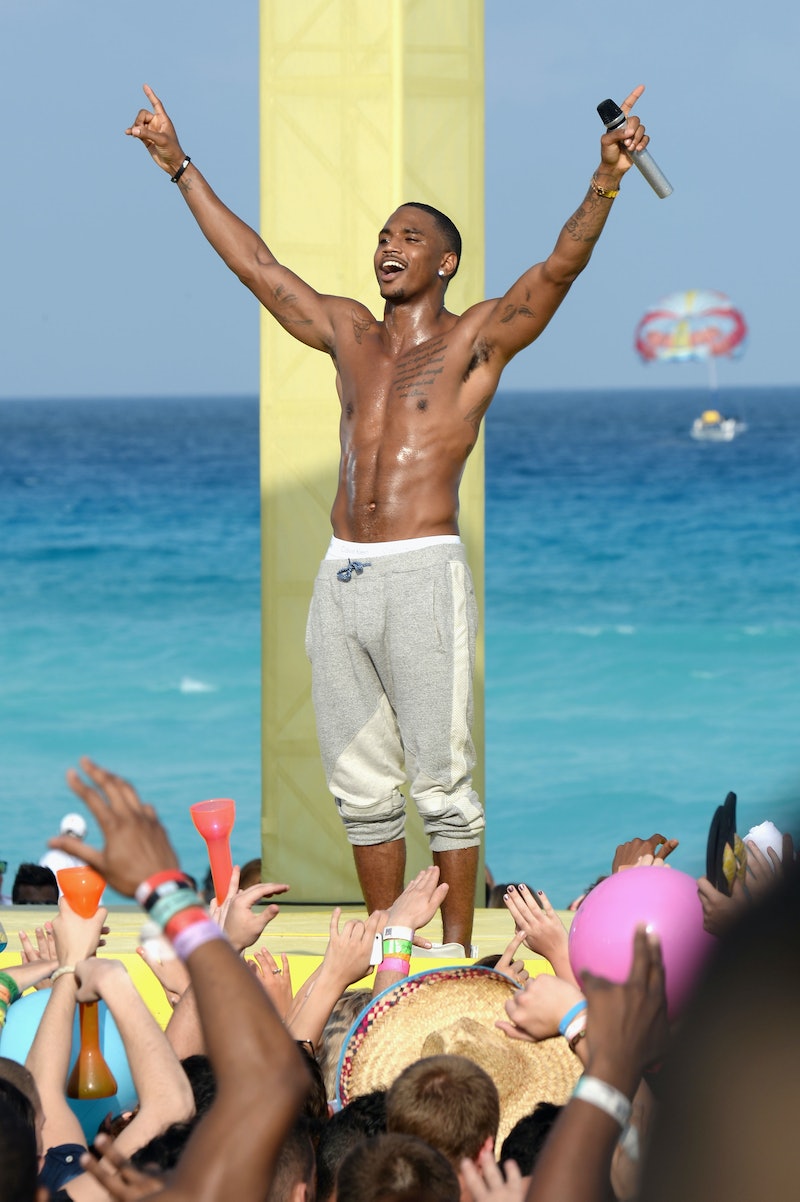 In the midst of all the celebrities who are coming clean about their sexualities, there are always going to be a few whose confessions are nothing more than gossip fodder. As great as it is that the time is finally right for public figures to feel confident enough to be themselves, unless it came from the celebrity's mouth then it's better to reserve your judgment. But if it seemed to have come from the celebrity's mouth, then Trey Songz wants to be the first one to tell you that you still need to check your facts: Trey Songz isn't gay. A tweet went viral last night that featured Songz announcing that it was finally time to tell his fans about his homosexuality. Apparently, the reason that it can't be found anymore is that it never actually existed to begin with.

The tweet was revealed to have been a photoshopped picture from an unknown source that drew enough attention and scrutiny that Songz was forced to do damage control. He took to Twitter today in order to lambast both the perpetrator of the rumor and the fans who believed it, saying the "things that people craft up with hatred in [their] hearts... all baffles me" and that he feels bad for people with "no minds of their own", since he considers those to be the type of people who are impressionable enough to actually believe in a picture without confirming it.

Although he sounded more disappointed than angry, it's clear that Songz feels the internet should be ashamed of themselves. It's understandable that he would get getting tired of this. It's not the first time he's ever had to battle rumors of homosexuality, after all. Songz is handling it all with a surprising amount of respect, all things considered, and if he's calm enough to joke about it then he's obviously unconcerned.