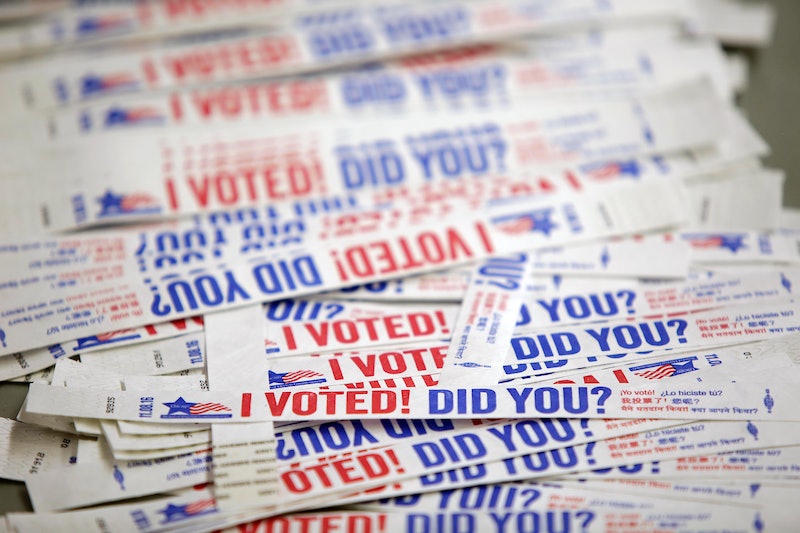 I recently changed my voting registration from my home state of Maryland to New York, where I'm currently attending college. I decided that since both of these states are blue states, it didn't really matter to me which one I cast my vote in and that I would rather get to physically vote instead of mail in an absentee ballot. Also, this way I get the "I Voted" sticker which I'm pretty stoked about TBH. But if I had grown up about 15 minutes north of my hometown in neighboring Pennsylvania, I would've sent in an absentee ballot instead. But why would I hypothetically have given up my little voting sticker if I lived in Pennsylvania and not Maryland? Because Pennsylvania is a swing state and these states are pretty important when it comes to the overall outcome on Election Day.

OK, but what exactly even is a swing state? A swing state is basically a state that could ~swing~ either way when it comes to who their electoral votes will go to. In blue states, like Maryland and New York, The Democratic Party has an overwhelming amount of support and so it's very safe to assume their electoral votes will go to Hillary Clinton this year. But in a swing state like Pennsylvania, voting could go either way due to the similar amount of support for both parties, making these states pretty influential in the overall outcome of the election.

So if you live in one of these states, it's just even more important that you get to the polls on November 8. (I mean, It's important to vote no matter where you live, but voting in these states will have a greater impact on which candidate your state's electoral votes go to).

But no matter where you live or how you cast your ballot, make sure you vote this year. Whether you live in a swing state or not, your vote still matters.