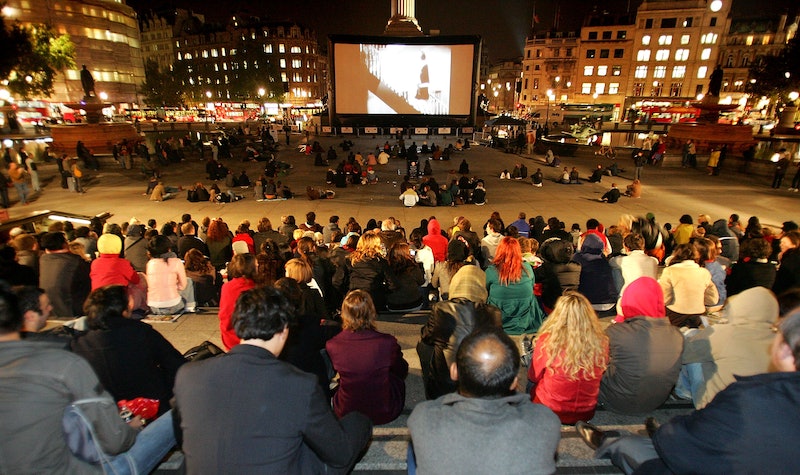 3D theatres may be commonplace now, but there was a point in time when they were simply something to be enjoyed at theme parks but never applied to more serious film. Now, it seems that "4D" is following its less-dimensional predecessor. You've probably been to a 4D movie in your life, most likely when you were a kid, and you remember the special effects that made the movie so exciting for you on your trip to Disney World/Busch Gardens/Carowinds/insert theme park here...the sharp bursts of air, the moving seats, the spray of water, the movement of a "rat's tail". Well, that experience may be coming to a theatre near you in the near future. Korean 4D movie company CJ 4DPlex is opening the first commercial 4D theatre in the U.S. in Los Angeles in the summer of 2014.

It's an exciting development, but it's difficult to see how 4D movies will fit into the world of film. Sure, 3D movies were once considered a cheesy novelty too, but even then there was an argument to be made for them: 3D, no matter how terrible, helps audiences engage with a film and feel like they're actually in it. When it was a novelty, it was mostly known for shock and surprise, but that was only the most obvious (and overused) feature of the technology. But so far, the only motive of 4D seems to be shock and surprise — there's nothing subtle about it. The sudden tactile sensations that 4D is known for may be exciting, but they also take viewers out of the film, and it's hard to imagine a similar experience in 4D like the 3D experience in movies like Avatar and Gravity.

Not that 4D effects couldn't add another element to serious films. But right now, the only 4D theatres out there offer a sort of loud, cartoonish experience that wouldn't fit in with the majority of major releases. So until 4D takes a page from 3D's book and finds a way to offer more subtle effects, it will remain as it always was: a theme park novelty.