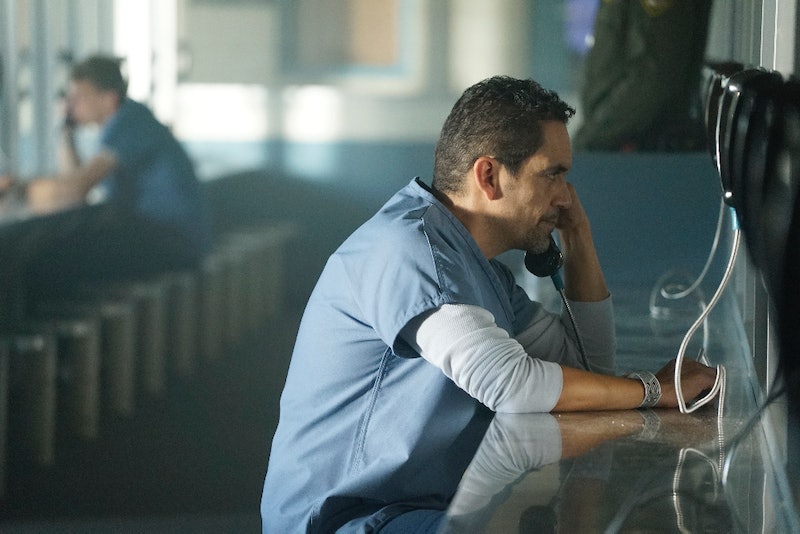 Tuesday's Agents of S.H.I.E.L.D. gave fans not only the origin of Ghost Rider, but the origin of a potential new villain. Who is Eli Morrow on Agents of S.H.I.E.L.D.? Robbie and Gabe's uncle had some surprises up his sleeve. Also, was Johnny Blaze, the original Ghost Rider, the man who saved Robbie's life and gave him his powers? I think that might be what's happening here, but the real surprise is what happened with Eli.

In Marvel comics, Elias Morrow was a devil worshipper and criminal who died, spiritually possessed Robbie Reyes' car, and merged with Robbie to become the Ghost Rider. That's not exactly what happened on Agents of S.H.I.E.L.D. — Eli was working with the team at Momentum Labs, using the Darkhold book to break the laws of thermodynamics and create matter out of nothing. It seemed like Eli was bullied by his coworkers and almost killed for not going along with their dangerous quest for power. As it turns out, he was just as power hungry as the rest of them and, by never become a ghost, he beat them all. At the end of the episode, he performed an experiment on himself that gave him the ability to create matter with the snap of a finger, making him kind of a god.

I loved the episode's seamless tie-ins to Doctor Strange by way of zero matter from Agent Carter and Isodyne Labs, as well as the ever-present and nefarious Roxxon Oil. Not all of the connections in the MCU need to involve major Avengers adventures. The subtler connections make this world stronger.

So, with this twist ending, who is Eli really? Has he been planning this the whole time? His ability to create matter makes it seem like he is destined for more than just assisting his Ghost Rider nephew, honestly. A handful of fans on Twitter immediately speculated that Eli is now Molecule Man, a Marvel comics character who has, you guessed it, the power to manipulate molecules. Could he resurrect Whitney Frost from Agent Carter while he's at it? He definitely emerged as an important character on Agents of S.H.I.E.L.D. and I can't wait to see what he becomes.