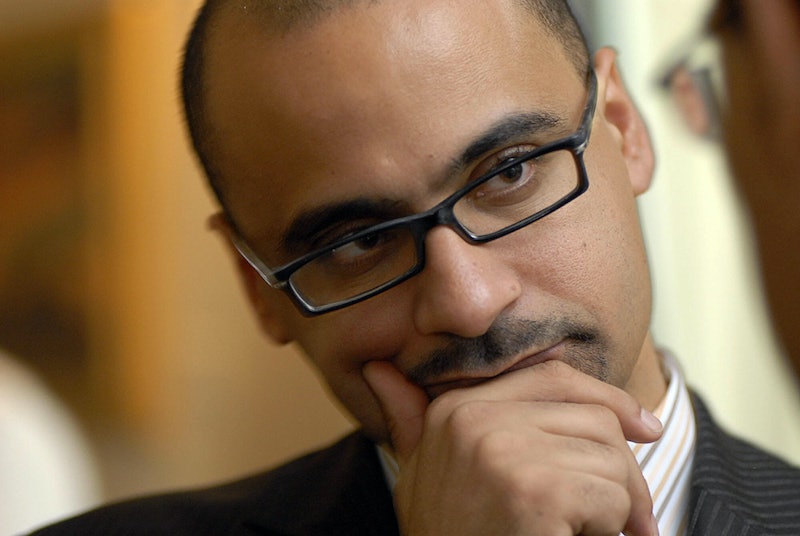 Since Donald Trump first announced his candidacy for president, Latinx have been the scapegoats upon which he's founded his campaign of hate and intolerance. In his opening address to the nation — in which he called Mexican immigrants "rapists," "criminals," and drug dealers — Trump ignored everything great about the Latinx community. Now, just a week ahead of election day, we have the perfect response to Donald Trump: Junot Díaz's poem "Our Story." The short "poem" — an excerpt from a speech he made earlier this year – perfectly captures what makes the Latinx community so vital to the American spirit, and it calls upon us to "fight for justice and fight for equality," on behalf of our own community and the communities of other marginalized groups.

The poem ends with a call-to-action: "We have to fight for justice, for equality. All of us must be free... or none of us are free." Important words to remember as we enter the final week of 2016's contentious presidential campaign. Equally important to remember after the election is over, when there will still be work to be done.

"Our story is an epic, a saga, an odyssey. We crossed continents and oceans. And every time there were no way, we made a way. We are the children of bridges, bridges made from our backs, our tears, our sacrifices and from all the ones who never made it across with us.

We in the Latino community are among the greatest heroes our world has known. And yet despite all we know and all we are, we find ourselves attacked and demonized and endangered, not just in this country but all over the world communities like ours are under assault.

All of us must be free

All of us must be free

All of us must be free or none."