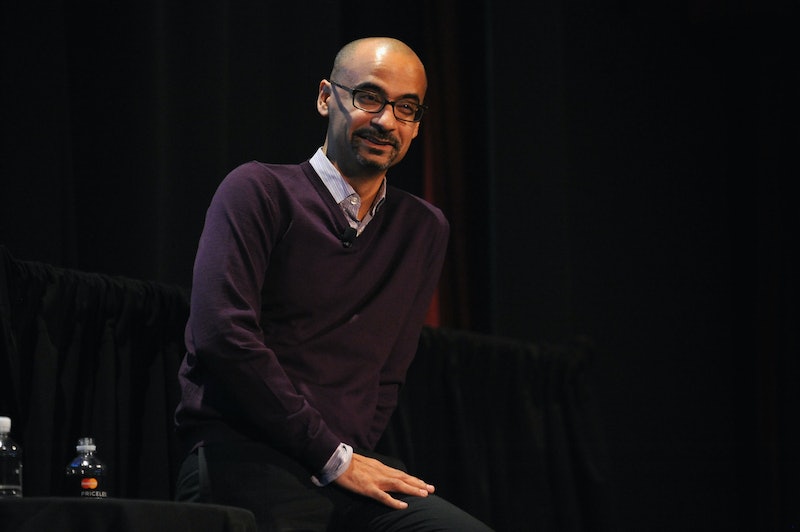 Pulitzer-prize winning author Junot Díaz is known for his ingenious words, and even more so for how he strings them together to create a masterpiece. The first time I read an excerpt of his book, I felt as if I were listening to a mentor who understood heartache, loss, and anger more than any other human on the planet. The book instantly felt heavier, and needless to say, I walked out of that bookstore with stories that would soon become some of my favorites.

His books are ones I've read again and again. But before I experienced any of his works, I met him as a young student to creative writing when my class had the opportunity to meet Junot Díaz. The major thing I took away from it was his passion. I can't quote his lecture word-for-word, but I do recall walking out of that room understanding what it meant to be an artist and a writer. It wasn't that you had to write all day every day. It was that you had to live the best life you could, so that at the end of the day, you could tell a damn good story.

Whether Diaz is calling out societal issues on race, gender, and equality, or diving into the complex emotions of love, his quotes always inspire. No matter where you are in life, you can always benefit from a Junot Díaz quote, and here are 24 pretty remarkable ones:

1. "I never hear white writers get asked, 'Do you worry about how you represent white people?'"

2. "Motherfuckers will read a book that’s one third Elvish, but put two sentences in Spanish and they [white people] think we’re taking over."

3. "I think the average guy thinks they're pro-woman, just because they think they're a nice guy and someone has told them that they're awesome. But the truth is far from it."

5. "You guys know about vampires? … You know, vampires have no reflections in a mirror? There’s this idea that monsters don’t have reflections in a mirror. And what I’ve always thought isn’t that monsters don’t have reflections in a mirror. It’s that if you want to make a human being into a monster, deny them, at the cultural level, any reflection of themselves. And growing up, I felt like a monster in some ways. I didn’t see myself reflected at all. I was like, “Yo, is something wrong with me? That the whole society seems to think that people like me don’t exist?" And part of what inspired me, was this deep desire that before I died, I would make a couple of mirrors. That I would make some mirrors so that kids like me might see themselves reflected back and might not feel so monstrous for it."

7. "Success, after all, loves a witness, but failure can't exist without one."

9. "The whole culture is telling you to hurry, while the art tells you to take your time. Always listen to the art."

10. "Artists are not cheerleaders, and we’re not the heads of tourism boards. We expose and discuss what is problematic, what is contradictory, what is hurtful and what is silenced in the culture we’re in."

12. "The broader you are, the less likely you are to be universal."

13. "In my view, a writer is a writer because even when there is no hope, even when nothing you do shows any sign of promise, you keep writing anyway."

14. "You ask everybody you know: How long does it usually take to get over it?

― This Is How You Lose Her

15. "Love is the great test of the human. The human is tested by our ability to withstand love. Love is so difficult, it is so challenging, it demands of us that we wreck it with ourselves. It demands of us an honesty that few of us could sustain."

― This Is How You Lose Her

18. "She was the kind of girlfriend God gives you young, so you'll know loss the rest of your life."

19. "But if these years have taught me anything it is this: you can never run away. Not ever. The only way out is in."

20. "It's never the changes we want that change everything."

— This is How You Lose Her

24. "Nothing more exhilarating … than saving yourself by the simple act of waking."