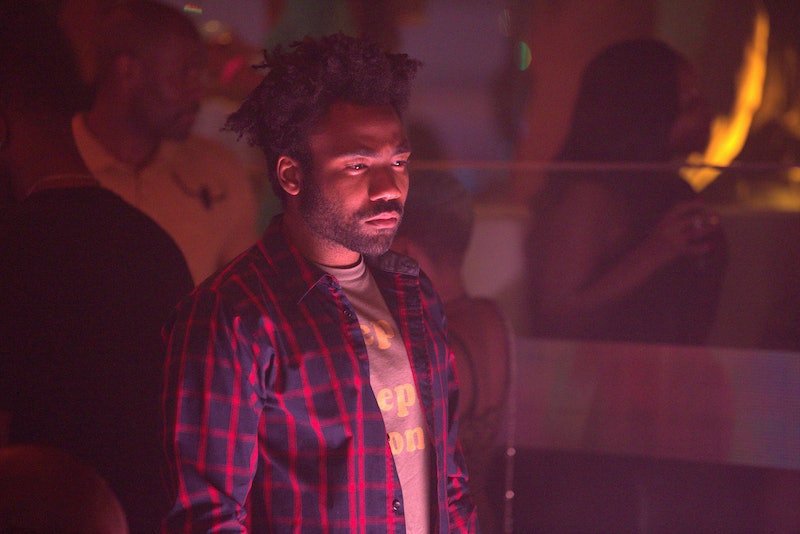 In the world of Atlanta, everything revolves around money. Money dictates your power, your worth, your ability to survive. That's also true for the real world, but the FX series puts a magnifying glass on the power of money. The world of Atlanta is one where the simple act of ordering seafood makes a statement about wealth. Earn, Alfred, and Van are constantly on the quest for more (or at least consistent) money. Even the aloof, spiritual Darius isn't one to turn down an investment opportunity. While the season ends with Earn finally getting paid, the victory is short-lived. The final moments of the first season of Atlanta reveal that Earn is living in a storage unit with only $200 to his name.

It's no accident that the song that scores the closing sequence — "Elevators (Me & You)" by Atlanta legends Outkast — begins with the line "One for the money." After giving most of the money he's made to Van to help support her and their child, Earn makes a long walk past Goodwill and Big Lots while listening to a song about "Rolling down the strip on Vogues / Coming up, slamming Cadillac doors," before ending in a messy, dark storage facility.

Although Earn's future looks a little brighter in the finale after getting paid, Atlanta serves up a harsh reminder that his work is far from over. There's a small success in the finale when Paper Boi gets asked to go on tour with a high-profile performer, but Atlanta's juxtaposition of creative and financial success causes the audience to question which is more important. If you're going out with friends to build up your own image, but you're sleeping in a storage facility, are you truly successful?

Atlanta's first season didn't shy away from asking big questions about money and worth, and the final scene serves as a reminder of its worldview. In Atlanta, It's all about what you have and what you don't have. Earn partners with Alfred at the start of the series to get some funds so that he doesn't have to resort to living rent-free in his kind-of girlfriend's house. By the end of the season, it seems he's content to be living in a storage unit — for now, anyway.

Earn started the series just trying to make it one day at a time. He was lucky to stay afloat during a date and too poor to even consider investing long-term. He had an unclear relationship with the mother of his child, parents who refused to give him a place to stay, and nothing to look forward to. In those final moments in the storage unit, as André 3000 raps, "True, I've got more fans than the average man / But not enough loot to last me / To the end of the week" into Earn's headphones and he looks at the $200 in his name, Earn sees more than just the next day. He sees an entire future ahead of him. In the dark loneliness of a storage unit in Atlanta, Earn finally manages to find hope for the future.