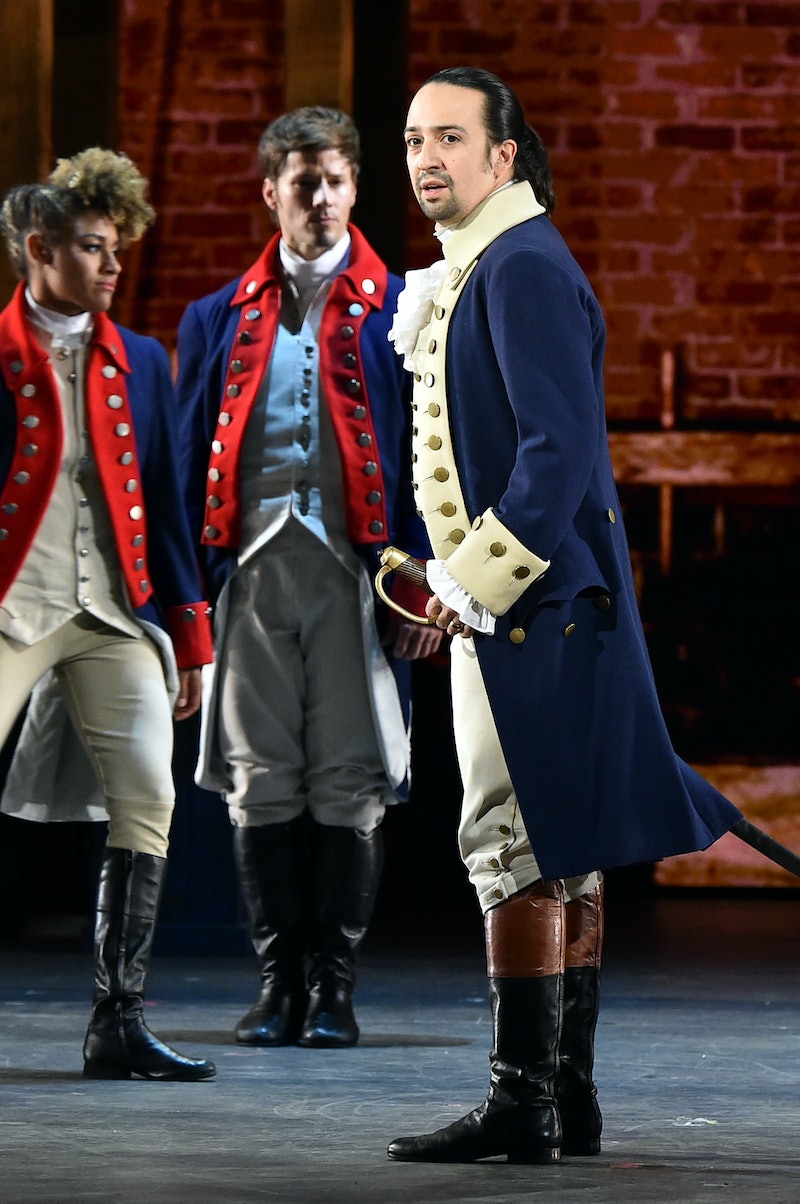 Lin-Manuel Miranda announced on Thursday that The Hamilton Mixtape is finally finished, and this revelation has gotten fans of the musical extremely excited. Amazon UK has listed the release date of the album as Dec. 2, so it's not long until we get to hear all new renditions of everyone's favorite award-winning songs from the Broadway show. Miranda has assured fans they'll be able to pre-order the album from Friday, but will The Hamilton Mixtape be on Spotify? With artists like John Legend, Sia, and Alicia Keys involved, The Hamilton Mixtape is going to demand a listen, or twenty.

In March 2016, Miranda revealed in an interview with Vanity Fair that he'd originally planned for Hamilton to be an album first. Miranda said, "I thought of this as a concept album like Jesus Christ Superstar; that was an album before it was staged as a show... I thought I would write a bunch of great songs that tell the greatest hits of Hamilton’s life, have artists cover it, and someone else would stage it later."

Undoubtedly, the success of the Broadway show has helped get Miranda's latest album made, and the impressive caliber of artists included on the track list speaks for itself.

While there is no official news as yet about whether or not the new The Hamilton Mixtape will be on Spotify upon its release, all signs are pointing towards the album being available to stream. Hamilton: The Original Broadway Cast Recording is available to stream on Spotify, so it certainly seems likely that Miranda's latest release will be available on the streaming service as well. With musicians like Kelly Clarkson, Ingrid Michaelson, Common, and The Roots involved, The Hamilton Mixtape promises to feature exciting and unexpected versions of songs from the award-winning musical. It'd be beyond perfect if fans were able to stream the new album on Spotify, as there's clearly going to be a huge demand for it.

If you're a die hard Hamilton fan, you'll probably want to put The Hamilton Mixtape on your Christmas list immediately, as the timing is perfect. According to Billboard, "A rep for Hamilton declined to confirm the project's official release date... but says more information is coming shortly." Hopefully we won't have to wait too long to find out more about what's fast becoming the most anticipated album of the year, including whether or not it will be streaming on Spotify upon its release.