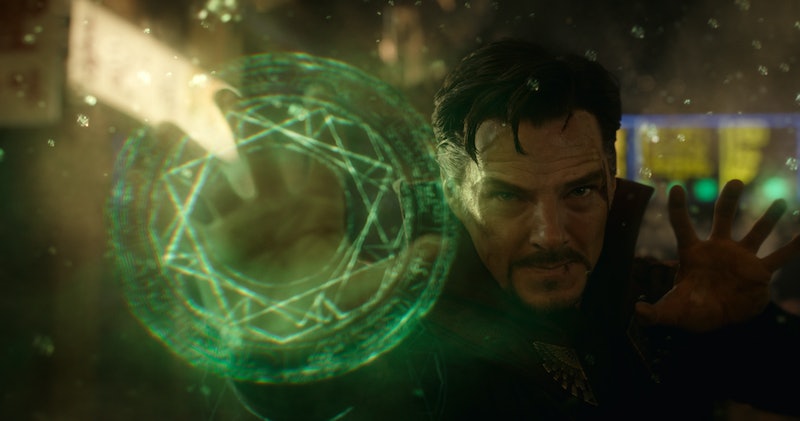 The Marvel Cinematic Universe is heading toward something huge, and I'm not talking about Doctor Strange. Although the 13th film in the franchise is certainly a big hit, it's just the latest step toward the big showdown Marvel's been building up to for years: Infinity War. Set for a 2018 release date, the 18th film in the series is going to unite basically every hero fans have met so far against Thanos as he tries to conquer the universe. He'll do it with the six Infinity Stones, one of which is revealed to be (spoiler alert!) the Eye of Agamotto in Doctor Strange. But what other Infinity Stones are out there?

The first Infinity Stone revealed, this blue stone is housed in the Tesseract. It made its first appearance in the post-credits scene of Thor, and in Captain America: The First Avenger (which chronologically happened first) it is used by the Red Skull to create devastating weapons. Loki possesses it in Thor, but by the end of the film it is stored in Asgard's vault for safekeeping.

Known as Aether, this red stone was introduced in Thor: The Dark World as a substance which could erase the Nine Realms from existence. After the defeat of the Dark Elves, Lady Syf and the Warriors Three delivered the Reality Stone to the Collector because they didn't think it wise to keep two stones in Asgard.

First seen in The Guardians of the Galaxy, the purple Power Stone was contained in an ancient orb. Thanos sent Ronan to retrieve it for him, but Ronan kept if for himself once he found out what it was. After his defeat by the Guardians, the stone was turned over to Nova Corps, who locked it away.

This orange stone is the only one that has yet to be introduced. In the comics, it's strongly associated with the character of Adam Warlock, but fans have yet to receive any confirmation that he will appear in the MCU. Guardians of the Galaxy: Volume 2 seems like the strongest candidate for him and/or the Soul Stone to make an appearance though, given the cosmic nature of the film's storyline.

Before Infinity War , Thanos is going to have to get the Time Stone from Doctor Strange, the Mind Stone from Vision, the Reality Stone from the Collector, the Power Stone from Nova Corps, and the Space Stone from Asgard. Plus, he has to find the Soul Stone — which may mean going through Adam Warlock. Suffice it to say, Thanos has got some work to do if he wants to conquer the universe.