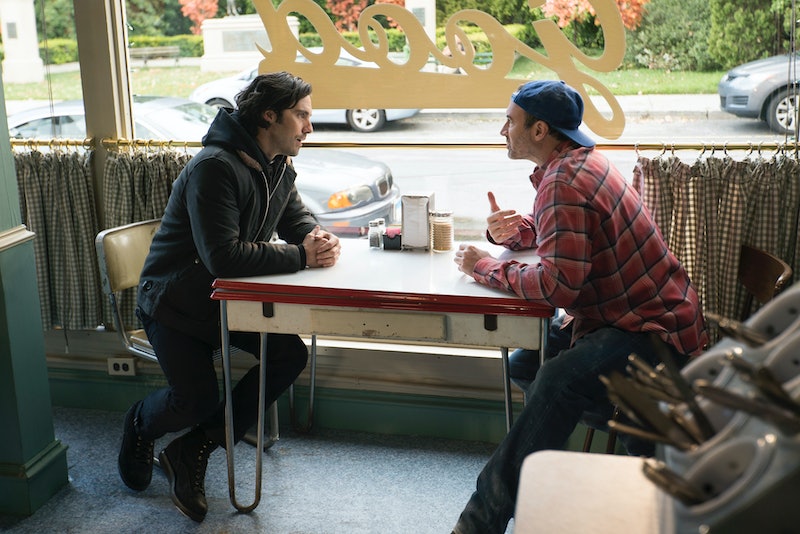 There are very few things in the world that can change my mind about who I think Rory Gilmore should end up with in the Gilmore Girls revival, but Milo Ventimiglia gushing about what a great year it’s been for him professionally might be the thing to do it. For the record: I am firmly on Team Independence. This is what I call the group of fans who believe that Rory’s destiny lies in none of the three men that she dated throughout the Gilmore Girls’ seven seasons. Instead, I believe the things in Rory’s life — independent of these three men, Logan, Jess, and Dean — are what we really should be rooting for: her career, her happiness, the incredible relationships with the women in her life. There isn’t much that can deter me from that point of view.

But all of that is changing now, because on Wednesday, Ventimiglia (aka Jess Marino) opened about what it feels like to have a new hit show on NBC (This Is Us) and have a hit show from the past coming back for more episodes, and what he had to say was downright adorable. Speaking exclusively with People at the NBC and Vanity Fair’s Toast the 2016-2017 TV Season party, Ventimiglia gushed over having all things in his professional life coming up roses. He said,

Oh, man. With sweet gratitude like that, how can anyone expect a Gilmore Girls fan to hold tight to her convictions? That quote makes me want to jump head first into a vat of Team Jess fans and not look back. How can you not love a man who is so utterly gracious about his immense success?

Quick. Someone read some feminist theory to me stat before I lose my senses entirely.