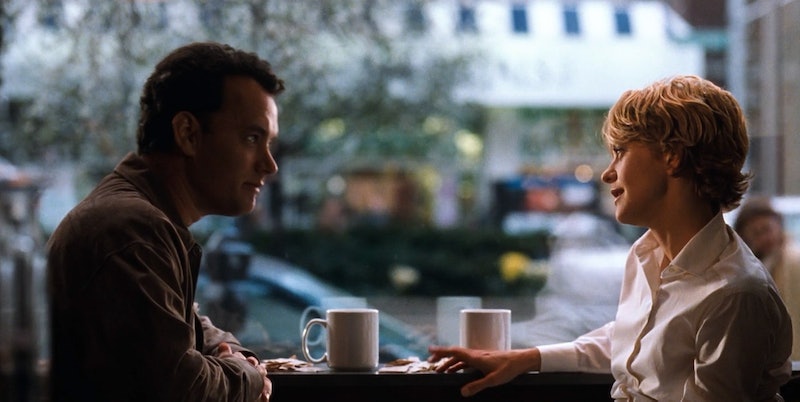 I know, I know, nothing could possibly be better than reading a book. But one thing that comes close is watching a movie about books. After all, movies are a fantastic way to celebrate the magic that books bring into our lives. And I, for one, get so excited whenever I have the chance to think about how awesome books are. That's why I'm so thrilled about these 21 movies for book-lovers.

These movies are sure to make your heart swell with literary love. From rom-coms to biopics to book-to-film adaptations, there's a little bit of everything here. I personally love a movie that puts a new spin on a classic, or a film that shows me the life of a beloved author. And when there's a book-to-film adaptation that's done right, it's like the warmest, most hearty comfort food for my bookish heart.

Many of these are classics, so you may have seen them already. But giving them another watch will give you a wonderful dose of nostalgia. And I hope, too, you'll find a new film on this list for when you want a literary flick.

Whatever your taste, every book lover will find something they can connect to in these fantastic films.

Who can resist this cute rom-com, with bookstores right in the middle? The '90s nostalgia is at an all-time high as Meg Ryan and Tom Hanks connect anonymously over AOL e-mail, while duking it out over independent bookstores IRL.

Every writer sometimes wishes their characters were real, and in this movie it's true. Will Ferrell plays a man, Harold Crick, who suddenly begins to hear a voice in his head. It's a narrator, describing his every move. Things gets dicey when the narrator foreshadows Harold's death, forcing the man to go on a search for the author of his life.

Every Shakespeare nerd will delight in the references in this comedic romance. Will Shakespeare is a frustrated writer, struggling to write a play called "Romeo and Ethel the Pirate's Daughter." Viola de Lesseps is a noblewoman so obsessed with plays that she disguises herself as a man to audition. Things get very Shakespearean when Will falls for Viola, not knowing that she is also the new actor in his troupe.

This is one of my all-time favorite book-to-film adaptations. The story of the March sisters, growing up poor in 19th century America is packed with huge stars, including Winona Ryder, Kirsten Dunst, Claire Danes, Susan Sarandon, and Christian Bale.

Emma Thompson's award-winning adaptation of Jane Austen's Sense and Sensibility is simply stunning. This is the story of a family of women who move out to the country after the sudden death of their patriarch. Impoverished and alone, they find themselves in the middle of an entirely new social circle. This is Austen at its finest.

An eccent6ric teacher, played by Robin Williams, inspires his class to fall in love with the written word and life itself in this glorious, quotable movie.

This beautiful and imaginative film tells the story of J.M. Barrie as he (scandalously) befriends a widow and her sons, all the while writing the play Peter Pan. A film both touching and playful that really brings the magic of writing to life.

You probably know Truman Capote from his book In Cold Blood, a non-fiction account of a gruesome multiple homicide that shook a Kansas community. In this biographical film, we see Capote (played by Philip Seymour Hoffman) as he researches the book, all the while getting a vivid portrait of the unique and passionate man he was.

9. The Squid and the Whale

This movie gives an interesting look at the life of a writer. It follows two brothers in the '80s as their writer parents struggle through a painful divorce.

Everybody wishes they could fall into their favorite book. In this movie, Jane Austen fan Amanda switches places with Elizabeth Bennett, the main character of Pride and Prejudice.

Based on the book by Michael Chabon, this hearty dramedy tells the story of Grady Tripp, a struggling novelist and professor of creative writing. When Grady's editor comes to town to see how his novel is progressing (poorly), he ends up becoming interested in the work of one of Grady's students.

12. Mrs. Parker and the Vicious Circle

Travel to New York in the Roaring Twenties and spend some time with the witty Dorothy Parker and the members of the famous Algonquin Round Table. You'll be absolutely enchanted by the drama of the publishing world in its heyday.

Everyone loved the classic Peter Rabbit as a kid. In this film, Renée Zellweger plays its creator, Beatrix Potter, as her book is published and she rises to unexpected fame.

This hilarious rom-com juxtaposes Shakespeare's The Taming of the Shrew with '90s high school drama. Sassy and fun, you'll be laughing the whole way through. Starring Julia Stiles, Heath Ledger, and Joseph Gordon-Levitt.

In this movie, based on the book by Michael Cunningham, three women's stories are connected through Virginia Woolf's Mrs. Dalloway, including Woolf herself. This is an emotional drama that will have you gripping the edge of your seat.

This '80s classic, based on the novel by Michael Ende, is so wonderfully strange, and it's sure to give you nostalgia for your childhood. This is the story of a boy who gets wrapped up in the fantasy world of a mysterious book. Complete with a synthesizer-heavy score and charmingly old school special effects.

When her sister is kidnapped, romance novelist Joan leaves behind her city life to go rescue her. Suddenly in the jungles of Colombia with gangsters on her tail, Joan finds herself in the middle of an action-adventure story she never dreamed possible.

Based on the book by William Goldman, The Princess Bride is the parody of a fairy tale-esque story, as read to a boy by his grandfather. This movie is as adventurous as it is witty, and you'll be quoting it for the rest of your life. (Not an exaggeration.)

Based on the Roald Dahl classic, this is the wild story of a precocious bookworm Matilda, whose family is pretty rotten and whose school is filled with chaos. You probably watched this movie when it came out in 1996, but watch it again now.

20. Beauty and the Beast

With so many beautifully bookish scenes, who can resist giving this classic a watch? In order to rescue her father, bookworm Belle agrees to stay in an enchanted castle as the prisoner of a "hideous beast." But, as she comes to know the castle and its inhabitants, she finds that there is more to the Beast than his monsterly appearance.

Jane Hayes lives vicariously through the stories of Jane Austen — to the detriment of her own story. Determined to take control of her narrative, she books a trip to Austenland, an Austen-inspired resort where guests role play as women from the Regency Era and mingle with actors playing the part of gentlemen from the times. But when Jane falls for one of these charming actors, she has to figure out where real life ends and the story begins.