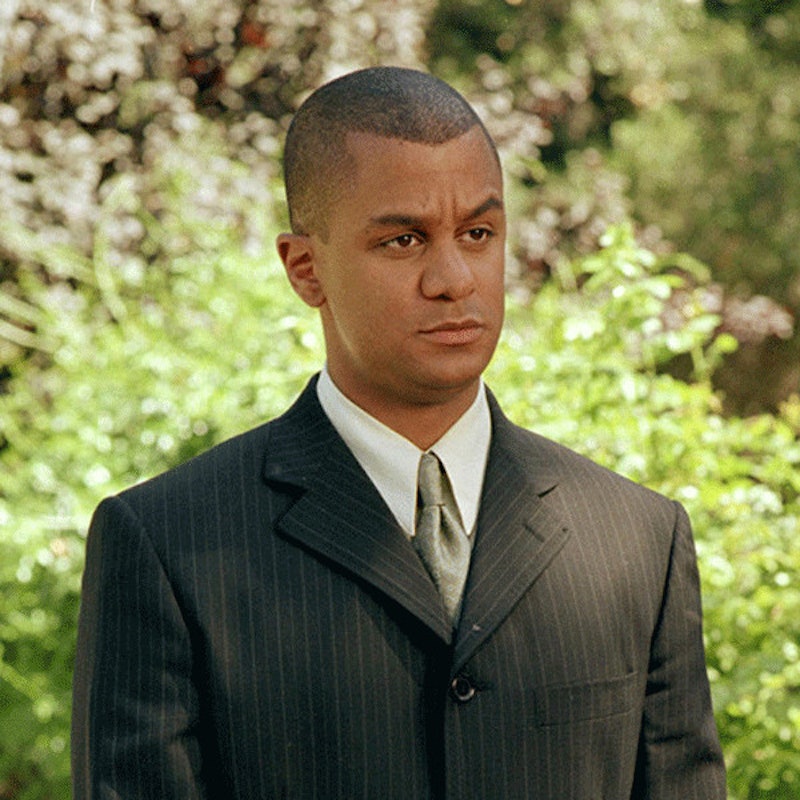 If there's one person in Stars Hollow who understands the very real struggle of ennui and isn't afraid to say it, it's Michel from Gilmore Girls. When the revival comes to Netflix, I can't wait to see what everyone's favorite concierge has been up to (aside from seeing Celine Dion in concert as many times as possible, of course). A lot can change over a decade, but I feel confident that Michel's level of snark will likely be just as high in 2016 as it was when we first met him in 2000. His commentary about the guests was painfully relatable for anyone who's ever worked in customer service, but Michel's dynamic with Sookie and Lorelai always added a whole new level of hilarity to his scenes at the Dragonfly Inn. In an interview with Bustle, Yanic Truesdale, who plays Michel, expands on why the relationship between those characters always worked so well in the original series.

Truesdale says his character is important to Lorelai and Sookie because they're both so scattered — and they need a grownup in the room. "I was the adult and those were the kids," Truesdale tells Bustle of how he approached things in the first seven seasons. "That was the dynamic for me. Every time I would have to deal with them, I was dealing with kids and people that have no maturity." (Like his character, the actor pulls no punches — but he definitely has a fair point.)

The actor describes Sookie as "an artist, but with food." He says Michel respected her talent for cooking, despite his character's frequent frustration with her antics. Still, we all know how much he secretly loved his job — remember his misery when he was temporarily separated from Lorelai and Sookie as they prepared for the Dragonfly's grand opening? When Lorelai officially asked Michel to come on board, he concealed his delight from her — but not from viewers and he couldn't say "au revoir" to his swanky new workplace quickly enough.

Michel may not have done it often, but when he had to prove his devotion to Lorelai and Sookie, he did all he could. Case in point — when Tobin returned to Stars Hollow and took a job babysitting Sookie's son Davey, Michel was overcome with jealousy. He was quick to remind everyone that Tobin definitely did not belong in the staff meeting — then he attempted to outdo him once and for all by volunteering to babysit Davey himself. Michel's stint as a babysitter went just fine until he invented a game that left Davey stuck under the bed — but he did try. And remember when he kept buying Lorelai gifts to outdo Tobin's generosity? Michel may view the ladies as kids and himself as the mature adult, but they all worked so well together becayse they have enough of all those traits to balance one another out.

I'm crossing my fingers for plenty of scenes with these three at the Dragonfly in the revival — but I hope we get to see them interact outside of work, too. If exciting things are in store for Michel, he'll definitely want Sookie and Lorelai there — even if he'd never admit it.