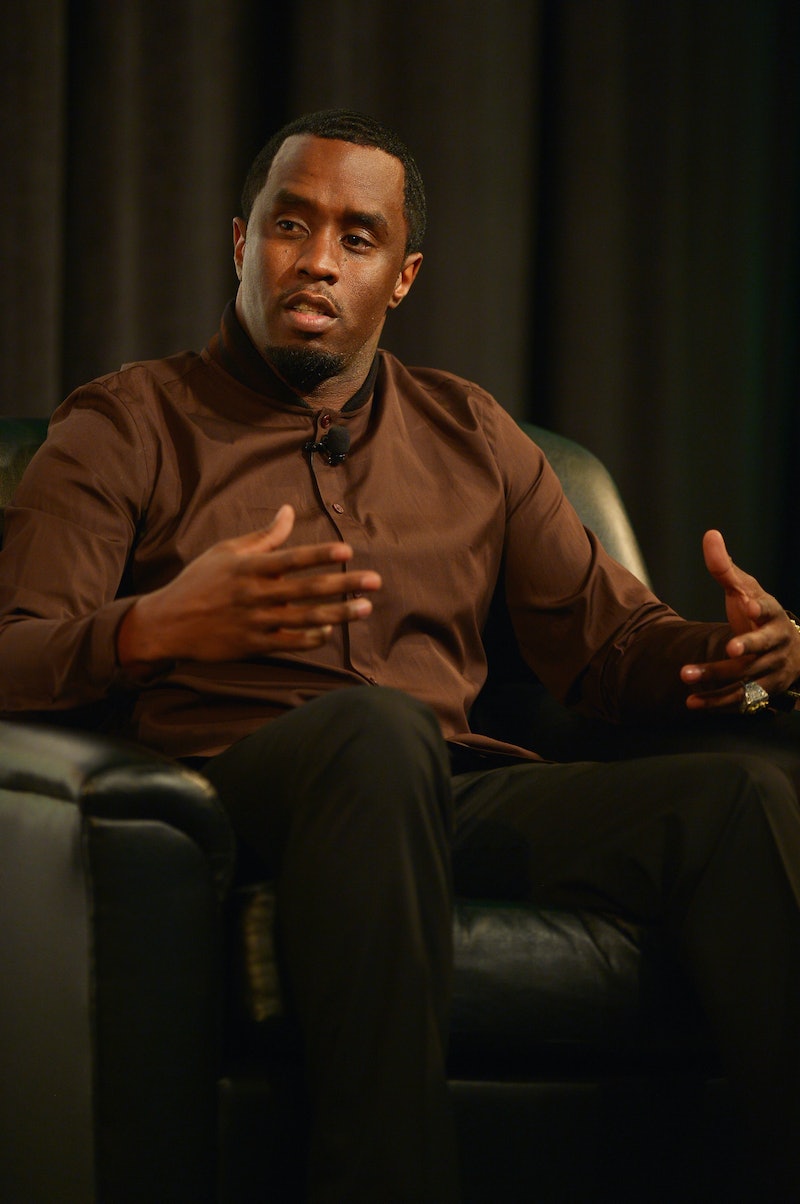 Of all the celebrity name changes, Diddy's reversion back to Puff Daddy may actually make the most sense. Even though I haven't quite come to grips with his decision, the man formerly known as Diddy must've renamed himself (again) to accompany the class NYU's Clive Davis Institute of Recorded Music plans to offer on how the '90s (when he was simply Puff Daddy, the first time) bolstered his successful music career. To me Diddy sounds more refined than Puff Daddy, but oh well, it won't matter because the course title doesn't include either moniker.

My initial reaction was, is this a joke? But before images of gaudy fur coats, recycled lyrical content and fake Instagram proposals bombarded my objectivity, I skimmed the course description and the content is far from fluff. After all, it's NYU, but we are talking about Puffy or Diddy here (I don't know what to call him!). Anyway, per the course catalogue, here's what students who sign up for "Topics: Sean Combs & Urban Culture" can expect:

Though sometimes not treated with seriousness he deserves, Combs has had a profound effect on global culture of the last twenty years. Through the success of his Bad Boy Records label, which distributed genre-defining artists like the Notorious B.I.G., Combs helped forever alter and change the sound and visuals of hip hop and R&B. Combs drew on Russell early business success to redefine the image of the hip-hop entrepreneur as aggressive, brash and full of self-assured swagger. He also helped redefine the concept of celebrity branded entertainment and he mainstreamed innovative marketing techniques (like street teams) in the music industry.This class will investigate the social and cultural and political changes of the 1990s and how Sean Combs was catapulted to success by those changes. Through critical readings, viewings and listening assignments, the brilliance, tragedy, strategy and serial entrepreneurship of Sean Combs will be interpreted, discussed and dissected.

The Revolt TV owner will join the growing ranks of hip-hop artists to have their music industry clout validated in the form of a collaboration with a higher education program, among them Nas and Lil' Kim. Even though Puff Daddy's ridiculous antics tend to grate my nerves, any aspiring music mogul or those who constantly find the lyrics "and we won't stop, 'cause we can't stop" running through their heads could surely benefit from this course.While the course will certainly drive home the message of persistence in the face of overwhelming odds and Puff Daddy's uniquely creative approach to marketing, I pray the instructor will take some time out to revisit some of the following, more urgent Puff Daddy-related skills.The art of wearing a shiny suit:

How to properly execute a video shoot stare-down:

And finally, how to pull off Puff Daddy's old dance moves (without scuffing up the shiny suit, of course):