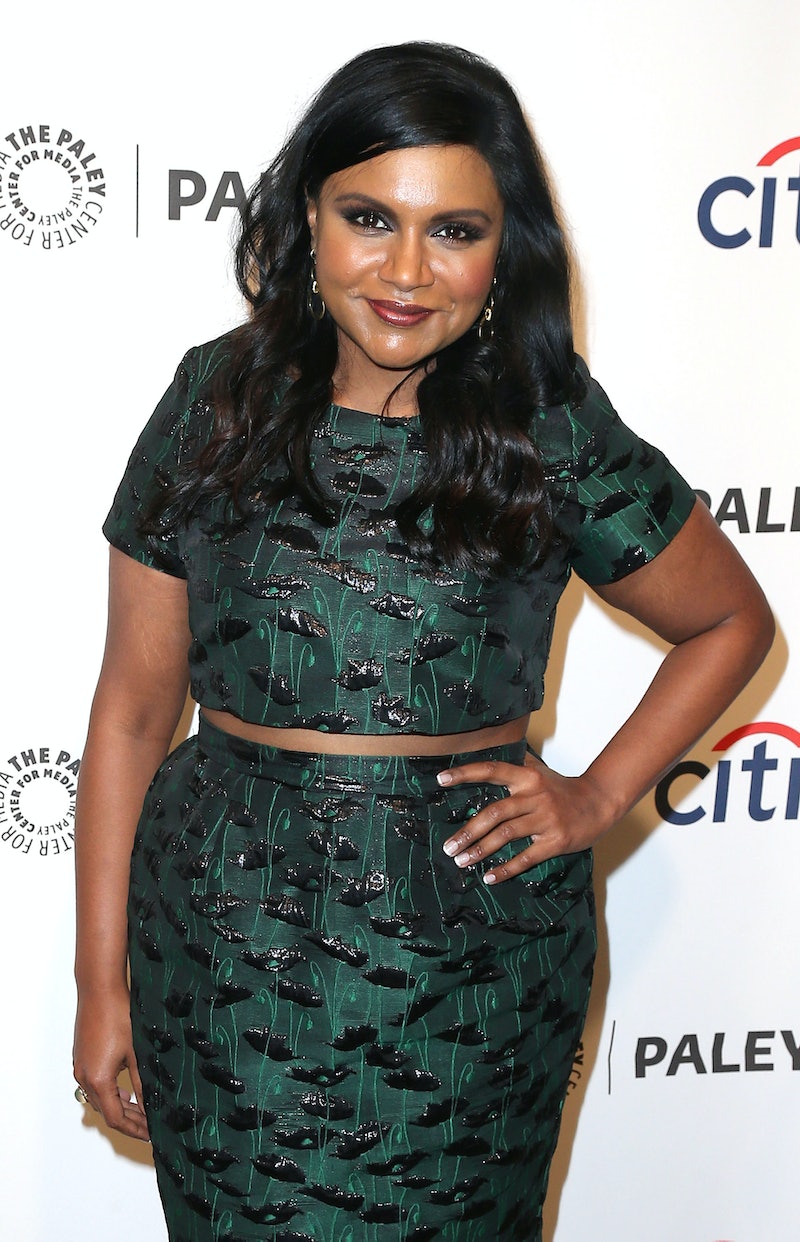 Way back when, The Mindy Project creator and star Mindy Kaling and Parks and Recreation and Brooklyn Nine-Nine creator Mike Schur were writers together on The Office. More recently, they caught up with each other at a Fox press event at Soho House in Los Angeles. As is often the case when two such funny and intelligent people with a deep history together interact, the conversation was full, and funny, and full of random bits of insight. Our favorite part, though, was when Kaling and Schur discussed the differences in their shows.

Kaling: That’s adorable to me that you have any time to catch any of [The Mindy Project], but it’s cute that you have — here’s what I think is really interesting. You created Brooklyn Nine-Nine and I created The Mindy Project after The Office, and both shows are really different from The Office. My show is so me, and I feel like Brooklyn is a good mix of you and Dan Goor. Don’t you find it interesting, the shows that —[...]Schur: Here’s how I would agree with you [about the different approaches post-Office]. I would agree with you that you — we both came from the office-comedy world. You took the office-comedy world and said, “I’m going to be a boy-crazy, high-achieving goofball, and the show is going to be like a second Office but the subject material is going to be much more about romantic life.” And then [with Parks and Recreation], I took the office-comedy world and just went into things that I was interested in, like government, public service, and high-minded achievements. It was a joke. But we took the same setting and put our own spin on it.Kaling: To me, Parks and Rec has so many nonsense names, and as high-minded as you think it is, it’s only a vehicle for your characters —Schur: That’s all I care about.Kaling: ... to download nonsense characters.Schur: That’s literally all I care about.

Comedy voices, y'all — they'll go in all sorts of different directions. It's like a whole different kind of "diversity in comedy" conversation.

More like this
Billie Piper Just Confirmed 'I Hate Suzie’s Festive Return
By Kayla Blanton and Shahed Ezaydi
Yes, Billboard Queen Angelyne Really Ran For Governor Of California
By Brad Witter
50 Years After Creating Her Alter Ego, Angelyne Is Still Driving That Pink Convertible
By Gretchen Smail
Oops! The 'Stranger Things' Monopoly Game Has Spoilers For Season 4
By Alyssa Lapid
Get Even More From Bustle — Sign Up For The Newsletter