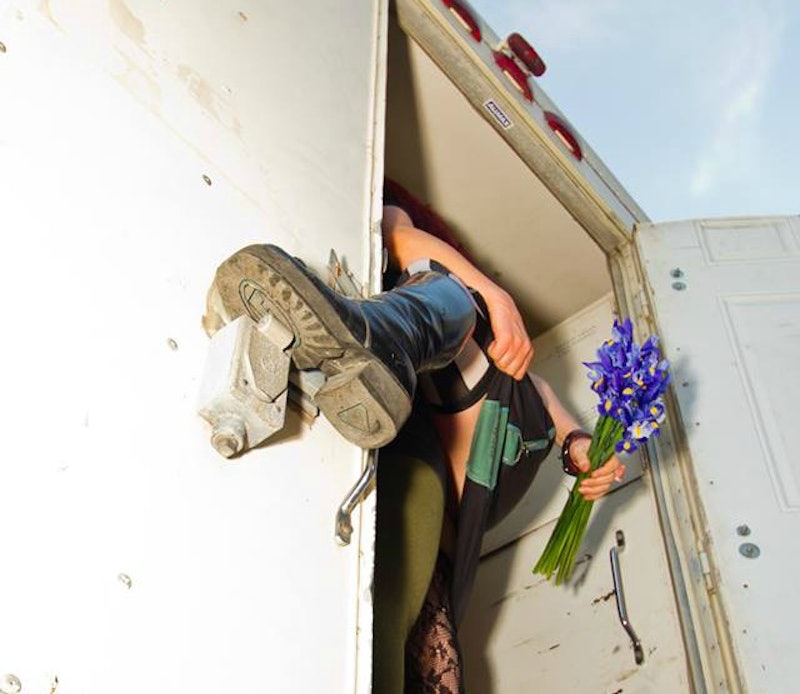 So you’re having a night out on the town. Whether you’re on a date or whether you just found a good-lookin’ stranger in a bar doesn’t matter; what does matter is that you’d really, really like to knock boots with this sexy person. The only problem is that neither one of you really wants to ask the question, “My place or yours?” So, what do you do? You call the Hook-Up Truck, of course.

As described on its website, the Hook-Up Truck is “a car service, like a mobile hotel room, available for short term rentals accommodating intimate relations.” The private, secured room comes equipped with temperature control (no sweaty fumbling here!), as well as complimentary birth control and STD preventatives (safety first!) — and it’s even camera ready, if that’s your thing. I can’t say that I’ve ever considered hooking up in the back of what looks kind of like a moving truck before, but I will say this: It sounds way better than hooking up in the back of someone’s car. Also, I love the fact that it bills itself as “an equal opportunity, sex positive organization.” That’s the bee’s knees, as far as I’m concerned, because let's face it: Who has time for slut-shaming?

The one problem with this miraculous service is that the website doesn’t specify exactly where in the U.S. it is. The Laughing Squid deduced by the promo photos that it’s likely somewhere around San Francisco. Okay, Bay Area folks: Who wants to give the Hook-Up Truck a… wait for it… test drive?