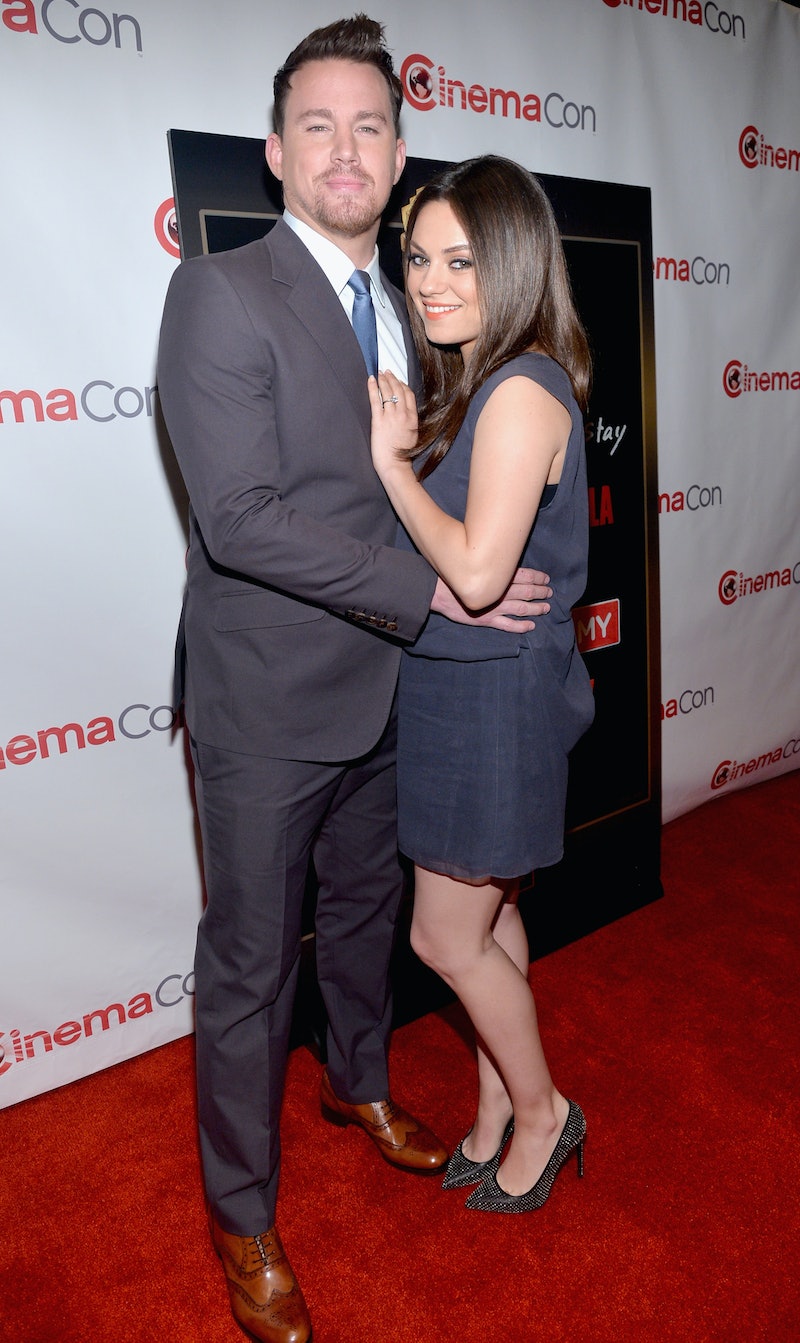 Is it just us, or is everyone in Hollywood pregnant? Kerry Washington, Olivia Wilde, and Drew Barrymore are set to give birth within weeks, while stars like Scarlett Johansson, Mila Kunis, Stacy Keibler, and more just announced (and/or haven’t denied the fact) that they're expecting a little one later this year. And two of those stars — Kunis and Barrymore — gave us a look at their maternity style yesterday at CinemaCon 2014, with Kunis making her first red-carpet appearance after the pregnancy rumors were all but confirmed and Barrymore walking what could be her last red carpet before the birth of her second daughter.

We’ve all been waiting with bated breath to catch a glimpse at Kunis’s first red-carpet maternity look, and we have to be honest: We feel a wee bit let down. And it’s not necessarily that the actress and soon-to-be Mrs. Kutcher looked bad while promoting Jupiter Ascending , her latest flick with co-star Channing Tatum. After all, her draped, navy Acne Studios dress and Saint Laurent heels look beautiful paired with her shiny tresses and peachy lips. It’s just that we have such high standards for the gorgeous star — thanks to all the amazing ensembles she’s worn over the years — that this look fell a little flat, especially on the heels of such major news.

While Kunis may have left us a little disappointed, Barrymore had quite the opposite effect. Showing up to CinemaCon’s Big Screen Achievement Awards last night, the actress and mommy-to-be looked positively glowing in her floral-print, Marc Jacobs maxi dress — a sophisticated-but-fun ensemble she paired with glamorous, side-swept hair and a berry lip.

Barrymore has struggled a bit with her maternity style during her second pregnancy, only growing more comfortable and confident in her looks over the past couple of months. After missing the mark at the Golden Globes in an over-the-top, floral Monique Lhuillier gown, she quickly got back on track with a pretty, patterned Giuletta frock at a Hollywood Stands Up to Cancer event in January. And with her two most recent looks, she’s certainly cemented her spot in the maternity style hall of fame. We’re just hoping Kunis can follow in Barrymore’s footsteps to become a maternity style icon, too.