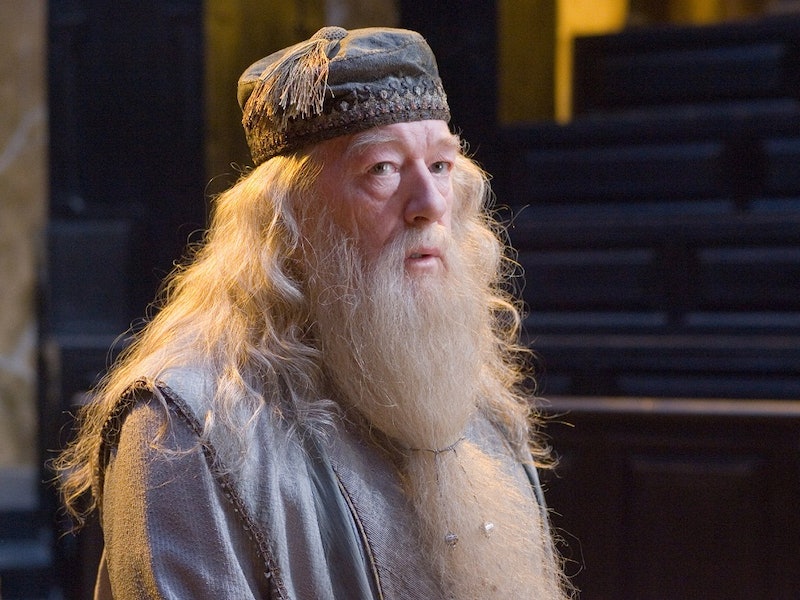 Because it does not do to dwell on dreams and forget to have roles in Harry Potter adjacent films, Dumbledore will be a part of Fantastic Beasts and Where to Find Them. Director David Yates confirmed that J.K. Rowling's Harry Potter spinoff will cast an actor to play the greatest wizard of ever. (Even though Rowling already tipped fans off earlier.) This is great — nay, fantastic — news, right? But how exactly will Dumbledore fit into the story? Thankfully, the role Dumbledore will have in the Fantastic Beats sequel happens to be more clear than most of his complicated spells.

When speaking to Screen Rant, Yates offered a few details about the wizard. He said, "In the second movie Dumbledore comes back. He’s got a couple of good scenes with Newt." Honestly, this does not reveal much. But Dumbledore's role in the film becomes more illuminated when you consider what fans already know about his relationship with the dark wizard Gellert Grindelwald, who started a global wizarding war against Muggles in the early 1900s, and thus is a huge part of the Fantastic Beasts story. As mentioned in Harry Potter and the Deathly Hallows, Dumbledore and Grindelwald competed in a three-hour duel that eventually ended in Dumbledore winning and taking agency over the coveted Elder Wand. But before all of this, Dumbledore and Grindelwald were best friends, each obsessed with the Deathly Hallows. In fact, Rowling confirmed a few years back that Dumbledore was in love with Grindelwald.

Now, how does this all fit in with Fantastic Beasts? Timelines, people. Since Fantastic Beasts takes place long before little Harry Potter rolls up all innocent and bright-eyed to Hogwarts, fans can ascertain that this will be the story of a younger Dumbledore, while he's but a professor at Hogwarts. This does appear to tell us something. (And it's better than nothing.)

So to recap, here's what we know so far: Dumbledore's much, much younger than fans are used to seeing him. He's fond of Newt. (Same.) He's a young teacher that doesn't have much say at Hogwarts. And he's got something going on with Grindelwald, which will be influential to the franchise's story as a whole.

Happiness can be found, even in the darkest of times, if one only remembers to put Dumbledore in every Harry Potter spinoff to ever exist.