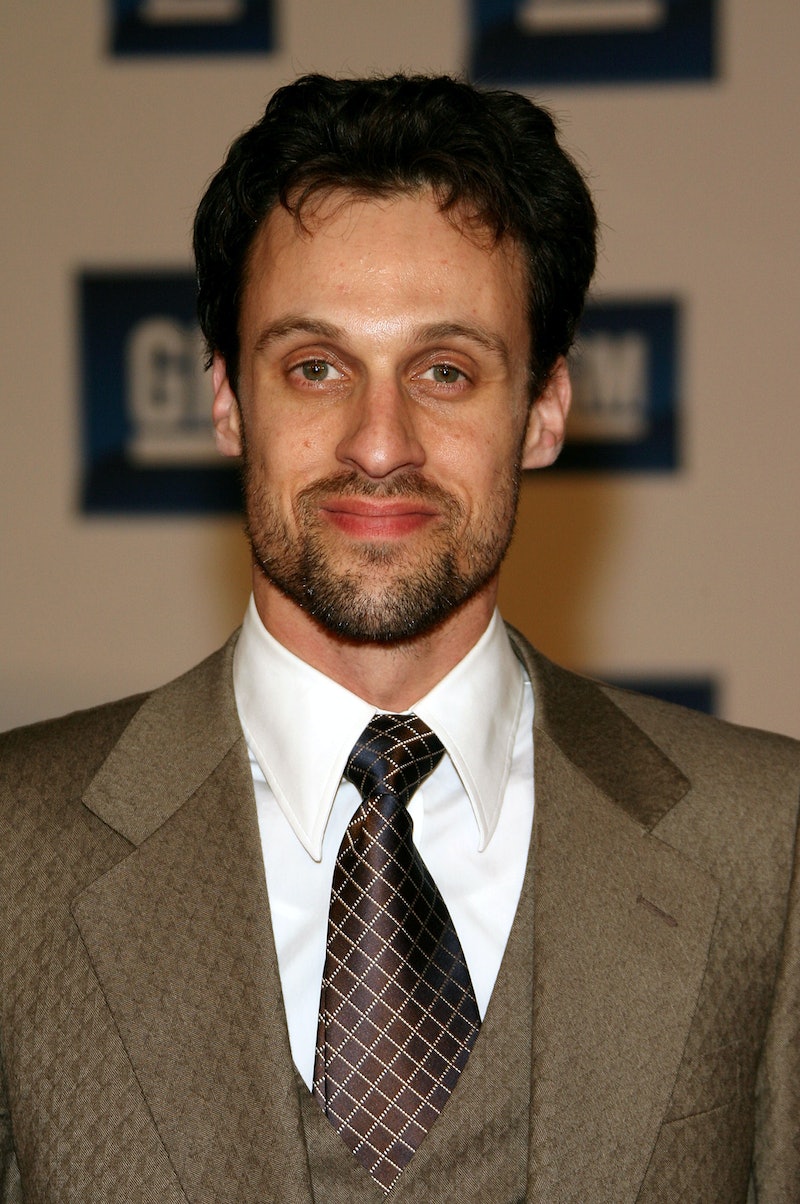 Sacrebleu! ABC's Once Upon A Time really has a knack for casting actors we've seen many times before. Following the introduction of Rebecca Mader as the Wicked Witch of the West, we're taking a break from Oz and creepy evil lairs to meet a new character from Belle's past. True Blood actor Henri Lubatti will play Lumiere — everyone's favorite melodramatic candelabra from Beauty and the Beast. So where do we know him from?

Lubatti has an impressive film and television resumé that he's been consistently adding to for more than 10 years. The Seattle-born actor with a serious knack for accents (he's played Russians, Frenchmen, Italians, and Eastern Europeans) is best known for his dramatic roles, but has a talent for comedy as well. We can only hope that his talents mean that OUAT's Lumiere will have an epic French accent akin to Disney's version of the character.

So what's on his resumé? Lubatti's guest-starred on more popular television shows over the years than you can count on one hand. He also held a lead role on a critically acclaimed Showtime series that was basically the prelude to Homeland and there was that one time he married The OC's Taylor Townsend in France. Lubatti's stepping into one of OUAT's iconic roles, but try not to be distracted by all of these roles you recognize him from.

Lubatti had a five-episode arc on the late '90s series, during which he briefly dated Keri Russell's Felicity Porter. (A short, but welcome, break from the Ben-Felicity-Noel love triangle.) The actor played David Sherman, the son of one of Felicity's professors during her sophomore year in college. After a disastrous first date, at the request of Prof. Sherman, David begs for a second chance and ends up being the first guy Felicity sleeps with. But she ends up bailing on the relationship and kissing Noel — boo.

Lubatti had a four-episode arc on the popular FOX hit as an Eastern European hired assassin, Jovan Myovic. Myovic was hired by the Drazen family following the events on Day 1 and assigned to kill Teri and Kim Bauer to avenge the deaths of Elena and Martina Drazen. He was killed by Tony Almeida before he could complete his mission — that's what you get for messing with Jack Bauer.

Perhaps Lubatti's biggest role to date — the actor starred on the critically acclaimed Showtime series for two seasons as Ilija Korjenić. Lubatti's character was a part of the Los Angeles Islamic extremist terrorist cell that was being investigated by Michael Ealy's FBI agent.

Remember when Taylor went off to college in France and got married to Henri-Michel de Momourant? Well, that was Henri Lubatti. She later fled back to Newport because she realized that she'd made a terrible mistake marrying a guy she'd just met and Henri-Michel followed her there so they could film a French literary talk show. It was all very absurd, in true O.C. fashion — down to Ryan confronting him on the soundstage because he felt inadequate.

One of the more disturbing characters that HBO's True Blood has introduced so far — and that's saying something — was Lubatti's Nigel Beckford. The character appeared in four episodes of the show's fifth season and was one of Eric's fellow prisoners with the Authority. Beckford was a nurse practitioner in a maternity ward, but was arrested and imprisoned by the Authority when he kept eating the babies. You probably wouldn't have recognized Lubatti, as his face appeared to by badly burned by the Authority's UV torture machines.