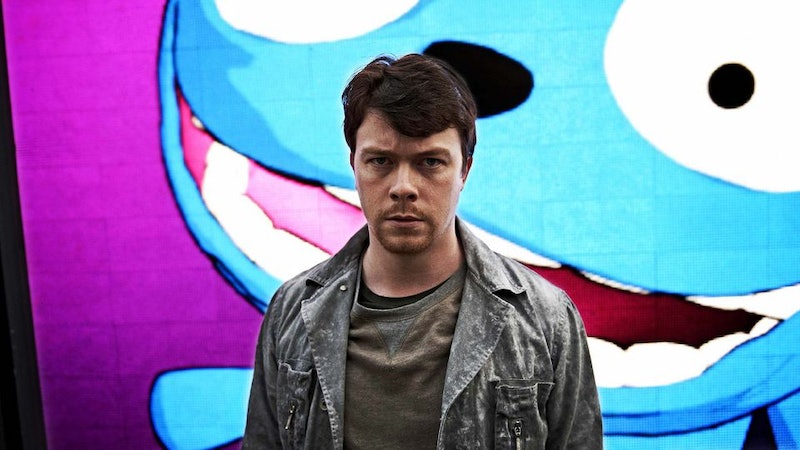 Charlie Brooker's nightmarish Black Mirror is often an all too prescient examination of the role technology plays in modern life, but one Season 2 Black Mirror episode, "The Waldo Moment," may have predicted the rise of Donald Trump. In the episode, a cartoon bear named Waldo runs for a local office to gain publicity for an upcoming TV show, but things take a dark turn when Waldo begins to resonate with voters who are tired of politicians. The man behind Waldo, a failed comedian named Jamie, realizes things have gone too far when Waldo begins winning a national race — but, by then, he has lost control of his own creation.

If this all sounds eerily familiar, it's because Donald Trump is essentially Waldo. He's a cartoonish man who avoids debates in favor of lewd language and insults. Even more disturbing, he's gained traction with voters who feel disenchanted with politicians and would prefer a "real" (but unqualified) candidate instead. As Trump gains more and more electoral votes on Election Night, it seems Waldo's real-life moment has arrived, and anyone who has seen the apocalyptic end of the episode — which finds Waldo controlling people on an international level — are rightfully terrified right now.

Twitter users have been quick to identify the similarities between the 2016 election and the satirical Black Mirror episode. When the episode premiered in 2013, it was considered too over the top to be plausible. In his review, AV Club writer David Sims suggested, "There’s just not enough there to suggest that Waldo’s moment would last much longer than 15 minutes, and the show doesn’t help by having all of its characters agree." At the time, Sims' take seemed correct. Surely a belligerent man with no political experience who did nothing but lob insults at the more experienced candidates running against him could never actually win an election. Then Trump happened, and 15 minutes turned into a nightmare the United States cannot escape. Waldo's moment has arrived.

Understanding how the United States failed voters to an extent that a glorified cartoon bear feels like their only hope is a web of despair for the history books to untangle. For now, queue up "The Waldo Moment" if you dare. The episode that was once thought to paint too outlandish of a picture of the future is now the most relevant episode of Black Mirror of them all.

The scariest part is by far the ending of "The Waldo Moment," when the country turns on Jamie, Waldo's creator. Waldo looms over him, appearing on a massive screen while Jamie is assaulted by two police officers for hurling a bottle at the image of the monster he created. Once Waldo was unleashed on the world, even his creator could not undo the damage and send Waldo back from whence he came. If reality continues to mirror fiction, then the United States will all be Jamie on Wednesday morning, wondering just what it is they have wrought.