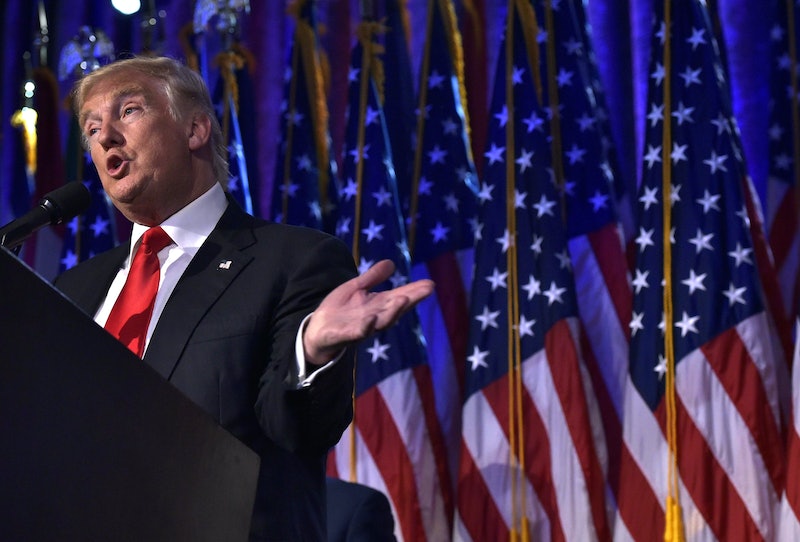 The newly appointed president-elect is no stranger to running a business. In fact, he’s got a multitude of them under his reign. But, can Donald Trump still earn money from his businesses once he steps into the White House? Here’s how conflicts of interest of this kind are handled for the President of the United States.

Trump is currently in charge of the Trump Organization, which houses all of his Trump-branded real estates, hotels and more, according to Investopedia. So, how will his organization be handled once he becomes president? Arguably, the most ethical thing to do would probably be to relinquish power over the company and let a family member or other employee handle things while he’s in office, but according to the Boston Globe, there is no law in place to make him do so.

“Most people in government are subject to fairly strict rules regarding conflicts of interest. Cabinet members, for instance, have to recuse themselves from any decisions that might benefit them financially — including issues that would affect close family members,” the publication states. “But the president and vice president are exempt from these rules.” And if he is still able to run his businesses, he is most definitely still allowed to make money off of them in the process.

New York Magazine points out that in a January debate, Trump said, "I’m very proud of my company. As you too know, I know I built a very great company. But if I become president, I couldn’t care less about my company. It’s peanuts. I want to use that same up here, whatever it may be to make America rich again and to make America great again. I have Ivanka, and Eric and Don sitting there. Run the company, kids, have a good time. I’m going to do it for America."

And according to Forbes, he's worth $3.7 billion. Tack on the $400,000 yearly salary he'll make as the president, and you'll find that, well, he probably doesn't need the money. However, the Boston Globe does bring up a very good point. The publication mentions a quote from Upton Sinclair, “It is difficult to get a man to understand something, when his salary depends upon his not understanding it.”

Can you "make America great again" while padding your wallet at the same time? Technically, yes.