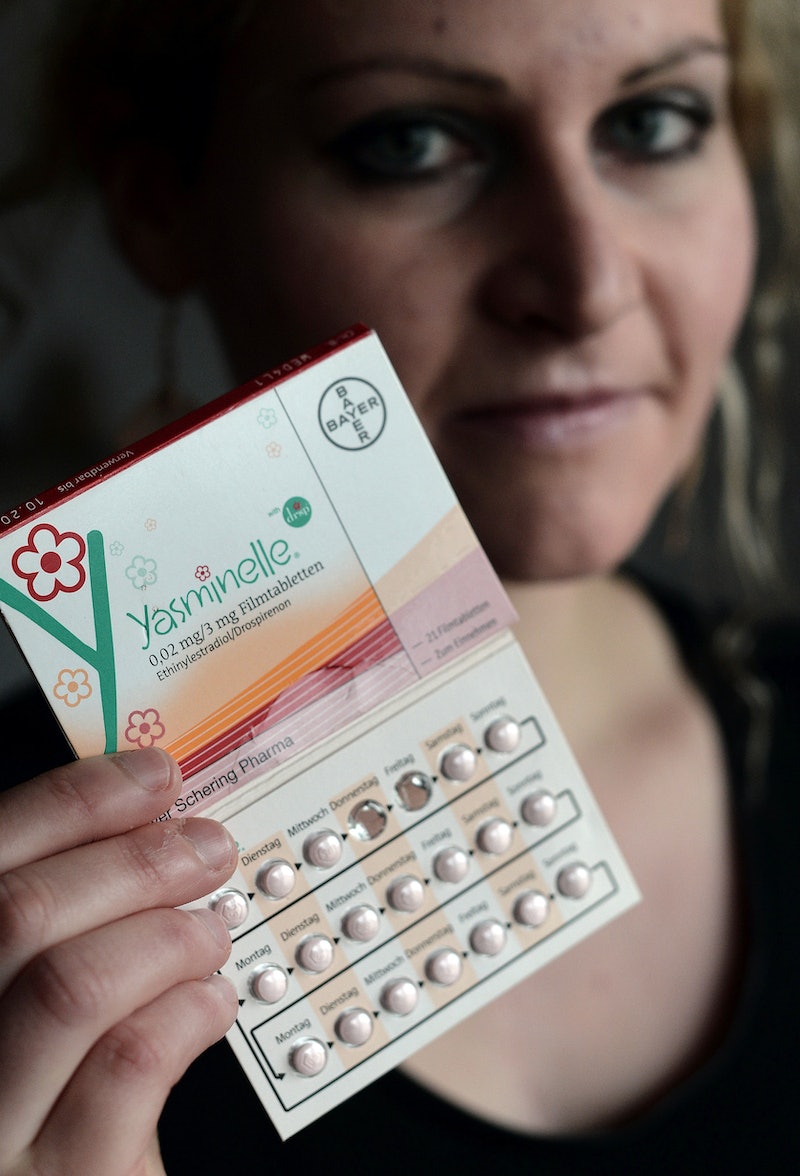 Among the many harrowing realities of the impending Donald Trump presidency, women arefearing a set of new restrictions on birth control access. Trump made "repealing and replacing" the Affordable Care Act a major staple of his campaign platform, and with that potential repeal comes an entirely new wave of attacks against women's health, and in the gravest danger is affordable, reliable access to birth control. With that nightmare now becoming a reality, women are brainstorming DIY birth control options, in the event that this misogynist-turned-president leaves them with no other choice.

And truly, the choices are looking grim. Trump has made clear that he will work to repeal Obamacare, which requires that insurers cover the cost of birth control as a measure of preventative care. He repeatedly used his campaign platform to lie about birth control and abortion, from suggesting that birth control should only be available as an out-of-pocket expense (a surefire way to make prices skyrocket) to asserting that women willingly receive abortions just days before birth.

Mike Pence likewise slashed women's health funding while he was governor of Indiana, and even signed an unthinkable bill that would have held some abortion care providers accountable for wrongful death.

Since the reality of a Trump presidency has begun to settle in, women on Twitter have been suggesting alternatives to the standard birth control pill. While the IUD has been a popular suggestion, as its shelf life would outlast Trump's four years in office, some have gotten depressingly creative:

If Trump's out-of-pocket birth control plan is enacted, these tips could save both money and lives. Planned Parenthood delved into Trump's stance on birth control, and what his presidency could do for its access:

While this policy may at first glance seem like a step toward increasing access to health care, it could do the opposite, drastically decreasing access to birth control, especially for low-income women. Unless a special provision is made, insurance companies would not have to cover the cost of birth control purchased over the counter, leaving women to pay up to $600 a year out of their own pockets.

It also leaves out women who use birth control methods that can’t be stocked on store shelves, like IUDs. When combined with the Trump-Pence plan to repeal the protections and coverage afforded by the Affordable Care Act, the consequences for women could be catastrophic — leaving 55 million women with a $1.4 billion price tag just to access their birth control.

As we've seen in the hours since Trump's victory was officially called, it's more important now than ever to protect yourself. Researching your birth control options — and finding the safest choice — is absolutely imperative.