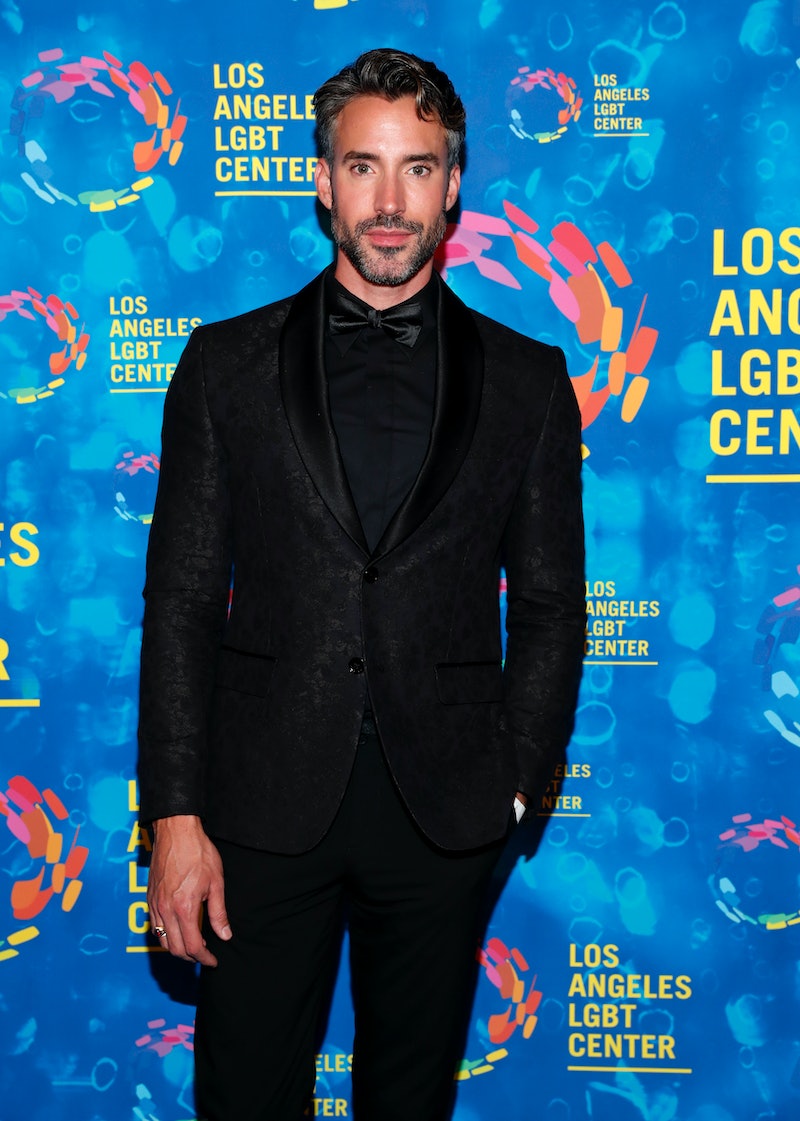 Oh, what a week it's been, America. Last Thursday night, Robert Sepulveda Jr. let suitor Eric Leonardos keep his bowtie and chose him as his match during the Season 1 finale of Finding Prince Charming . And, well, I don't need to tell you the other big decision that was made this week. So let's focus on all the love we saw between Robert and Eric during this season of Finding Prince Charming, shall we? As the cast reunites to dish on the season this Thursday night, not only am I eager to see what drama went down with the guys behind-the-scenes, but I am also of course dying to know if Robert and Eric are still together.

And I'm not the only one. When Robert and Eric did their first interview as a "couple" during an appearance on Access Hollywood Live on Tuesday, hosts Kit Hoover and Natalie Morales grilled the guys on whether or not they were a couple. They seriously asked them outright at least three times whether or not they're still together and even rephrased it a couple of different ways to see if they could get some sort of definitive answer out of the lads, as any good journalist would.

Hoover and Morales tried their hardest, but Robert and Eric danced around the question. Even though that's frustrating for these interviewers and for fans, I suggest you check out the segment because it is pretty amusing to watch the hosts beat a dead horse.

But that certainly doesn't mean we can't analyze their cryptic answers! Most of Robert and Eric's responses involved some variation on the fact that they met on a reality show and are now trying to get to know each other in the real world, away from cameras and 13 other men competing for the bachelor's heart. "It takes time to really get to know somebody," Eric shared on Access Hollywood Live. "It's like part of being in a relationship is being able to share those things that you do day-to-day, getting back into your routine and getting to know each other. At the end of the day, I think that in any relationship, the friendship that you build is the most important, sort of that bond. And so, hopefully, we will get the opportunity to maintain that at the end of the day."

Wait just a darn minute. Did Eric just put Robert in the friend zone? Well, in their defense, getting a reality TV-born relationship off the ground doesn't get any easier once you stop filming the show. "We don't have that much time on the show to get to know each other, so when we come off the show, you're like little birds flying off, and you have to figure it out. And you can't be seen together. You can't actually do normal activities as a couple because you sign a contract. You can't actually be seen together," Robert explained on Access Hollywood Live. "I picked him because he's sensitive and stoic and very sincere, and he's a very beautiful person. And so in that moment, I knew that he was the best match for me. And I hope that he thought the same."

Hmmmm, is it just me, or is Robert also kind of making it sound like Eric as his "best match" is in the past tense? On the ladies' last attempt, they really stopped beating around the bush (although they never really were, anyway), and asked, "But are you boyfriends?" To that, Robert replied, "We're gonna be in each other's lives forever now. We're forever bonded, connected through the show. First and foremost, we're friends, and we have a lot of respect and a lot of love for each other. And I think that's what the mission of the show was, and I think that's what it accomplished."

I mean, even looking at their social media profiles doesn't really provide any clues. For instance, looking at their respective Instagram feeds, Robert and Eric are barely in any photos together, which could either mean that they're not together anymore or they just didn't want to spoil the finale of Finding Prince Charming.

I'm not really sure why Robert and Eric are being so coy about their relationship status since we already know they end up together. The only reason I can think of is that the answer will finally be revealed during the reunion. Hopefully, that happens, because all of this uncertainty is killing me.