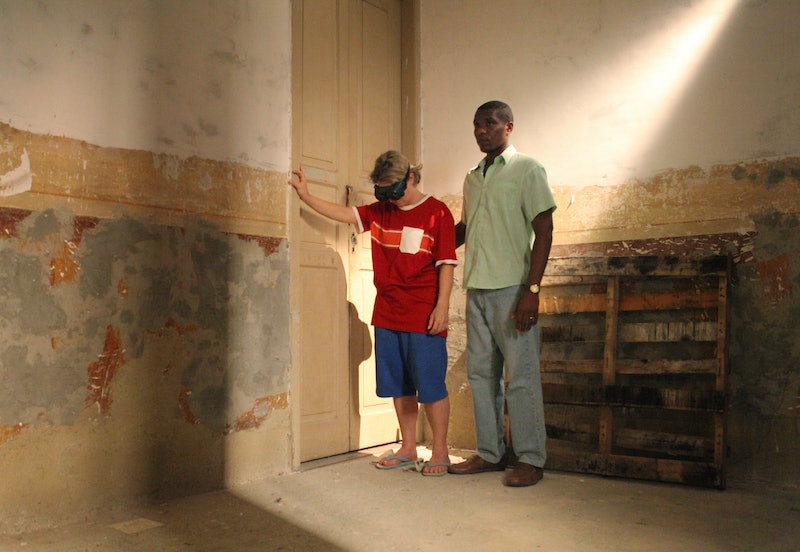 Were you one of the millions of people across America who devoured every single episode of Serial? How about The Jinx? Or Making A Murderer or The People v. O.J. Simpson or The Case Of: JonBenét Ramsey? If so, then the new Netflix docu-series Captive should be right up your alley. The latest entry in the true crime phenomenon that has been sweeping our nation ever since Sarah Koenig delved into the mystery of Hae Min Lee's murder back in 2014, Captive looks to attract the same audience whose appetite for stories of real-life tragedy is nigh on insatiable. If that sounds like you, then the official Captive trailer is here to captivate you (very much intended).

So what is Captive about? The 90-second promo lays it out fairly succinctly: "Eight different perfectly normal days. Eight different countries. One shared fate." The Netflix series differentiates itself from every true crime series listed above in one simple way. Captive is an anthology series in the truest sense of the word: every episode will tell a different story about a person (or persons) who was kidnapped and held hostage, and the incredible true story of the ensuing negotiations and (hopefully) rescues, all played out via interviews and reenactments.

Captive certainly has an impressive team behind the camera: it was created by Oscar winner Simon Chinn (he has taken home two trophies for his documentary features Man On Wire and Searching For Sugar Man) and is produced by filmmaker Doug Liman (the director of The Bourne Identity, Mr. & Mrs. Smith, and Edge Of Tomorrow). "Hostage taking is an issue that people are familiar with, but apart from those directly involved, nobody really knows much about," Chinn told Variety when the series was officially announced last May. "Each episode of Captive will reflect the tension that arises from the life and death stakes involved but also truly reveal the complexity inherent in every hostage crisis."

The high-stakes drama — will the hostages make it out alive or not? — coupled with the single-episode storylines — the perfect size for marathoning — Captive is sure to become another huge hit for Netflix. Although subscribers will have to wait until Dec. 9 to stream it for themselves, we should find out very soon whether the company's latest effort measures up to the high bar set by Making A Murderer last year; Captive will premiere this Friday at the documentary film festival DOC NYC before making its debut on Netflix next month.

Whether Captive becomes a veritable nationwide sensation or whether it slips quietly under the radar, I just hope — for the sake of the actors playing real people in the reenactments — that there won't be some crazy twist halfway through the series where the events they've been acting out start to happen to them in real life. (Wait, this isn't another season of American Horror Story? Never mind, they should be fine.)

More like this
Stanley Tucci Is Next Level In The BBC's 'Inside Man' Trailer
By Sam Ramsden and Sophie McEvoy
‘Squid Game’ Creator Hwang Dong-Hyuk Just Dropped A Major Season 2 Tease
By Brian Anthony Hernandez and Bustle Editors
Where Is The Bling Ring’s Rachel Lee Now?
By Arya Roshanian
What Is 'Pretty Wild' Star Tess Taylor Up To Now?
By Morgan Leigh Davies
Get Even More From Bustle — Sign Up For The Newsletter