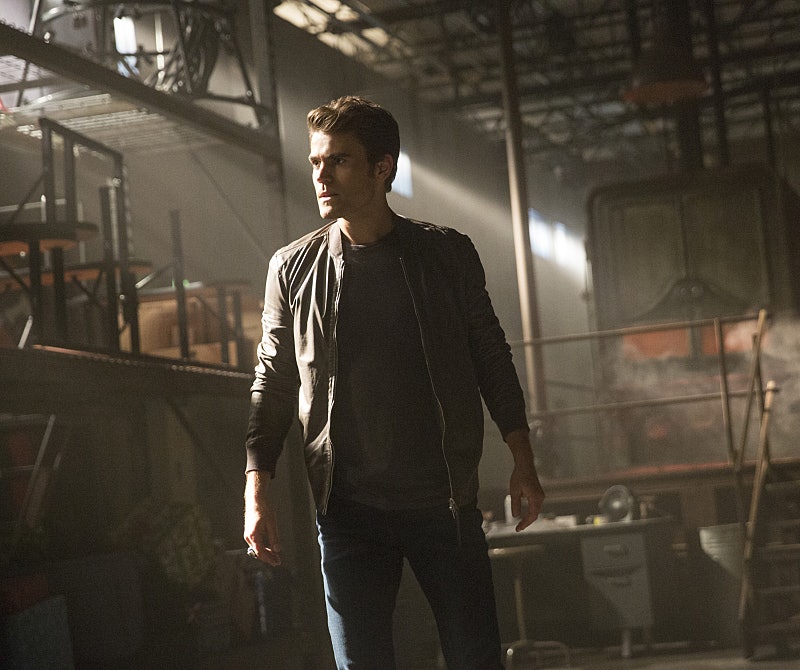 Sybil opened up to Stefan and Alaric, but her story revealed more than just how she came to be a siren. Trapped in the Armory with nothing to do but talk, Sybil told Stefan the story of her youth on The Vampire Diaries ' "An Eternity of Misery." As a young girl in 750 BC, she was exiled onto a deserved island because of her psychic abilities. There she met a girl, also exiled, and the two became sisters. The origin story of how she became the immortal siren she is today could hold the key for how to save Damon from Sybil's control, but Stefan's not going to like it. Stefan learns how he can save Damon from Sybil on The Vampire Diaries , and it's not going to be easy.

To learn how he can save his brother, Stefan took a deep dive into Sybil's backstory, learning all about her siren ways. When she was exiled, her new sister taught her how to survive by luring ships to shore, forcing them to be shipwrecked by the rocks, and eating their provisions. Only later did she learn that the provisions her sister recovered were actually the human flesh of the sailors. Sybil threw herself off a cliff after what she had done, and the devil, Cade (aka Arcadius), appeared. Sybil's sister made a deal with Cade: he would give her and Sybil eternal life, beauty and immortality, and they would send him the bodies of the wicked, those who have sinned, by eating their flesh.

So, what does all this have to do with getting Damon back? Well, Sybil wants Stefan to do something for her: she wants him to kill the Devil, kill Cade once and for all. It's unclear whether this is Sybil's plan or someone else's. She told Stefan she wasn't going to take control of his mind because "the boss" had other plans for him, which suggests Cade is still the boss of her. However, she then told him to kill Cade, which suggests she doesn't want Cade to be the boss. And she refused to leave the Armory when she had the chance, despite her sister's wishes, which means she can rebel against authority. So, yeah, it's all pretty confusing.

And then there's the question of how Stefan would even go about killing the Devil. Would he have to die first? And how would he come back? While Sybil was telling Stefan her story, she sent Damon on a search for a magical object. Perhaps that object has something to do with killing Cade? I guess we'll have to wait to find out.