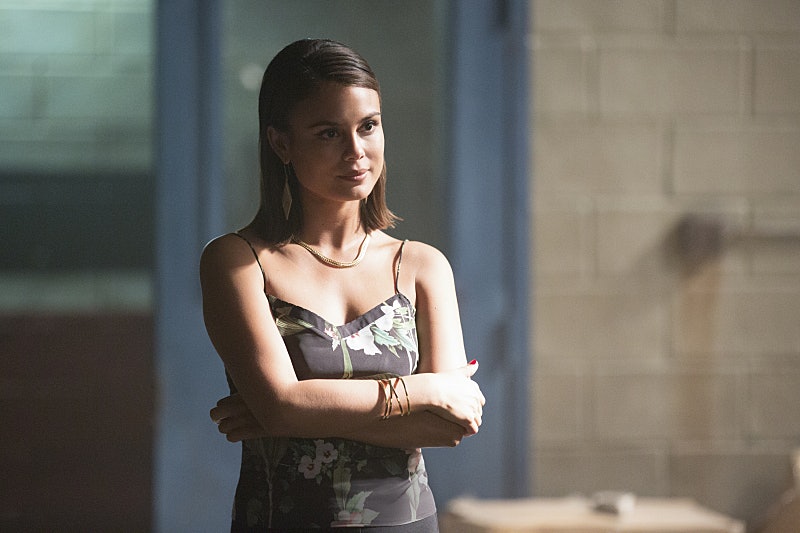 Sybil revealed her origin story to Stefan on The Vampire Diaries' "An Eternity of Misery," and it wasn't pretty. When Sybil was a young girl, before she became an immortal, flesh-eating siren, she was just a girl with psychic abilities, exiled for her gift. But, just because she was exiled doesn't mean she was alone. It turns out, Sybil is not the only siren around. In fact, she's not even the only siren hovering around Mystic Falls. There's another siren in town on The Vampire Diaries , and she's a hell of a lot closer than you think.

While Sybil has been running around, using Enzo and Damon as her puppets, another siren has been slowly infiltrating Mystic Falls, and that siren is....Seline! That's right, this week on The Vampire Diaries, it was revealed that Alaric and Caroline's nanny, Seline, isn't just some clueless babysitter after all, she's an evil being with the power of mind control. During the episode, she used her powers on Georgie, Alaric's intern, and got her to lock Alaric in the cave and incapacitate Stefan to give Sybil the opportunity to run away. But, Sybil stayed. Instead choosing to tell Stefan her entire backstory (leaving out the true identity of her sister, of course).

Both Stefan and Alaric are aware that there's another siren in their midsts, they just don't know who it is. Alaric thinks that Georgie, his intern, is that other siren. She's been acting suspicious, what with her intense curiosity about Ric's work and the fact that she broke into his house to steal an old journal. But, seeing as how Seline killed Georgie and sent her to hell in the final moments of the episode, I think he'll realize pretty quickly she's not the siren they are looking for.

Still, the question remains: why did Seline embed herself in Alaric's life as the nanny? It must have something to do with the twins, who seem to be the only ones with the power to lock her and her sister up for all of eternity. Whatever she needs them for, you can bet it isn't good.