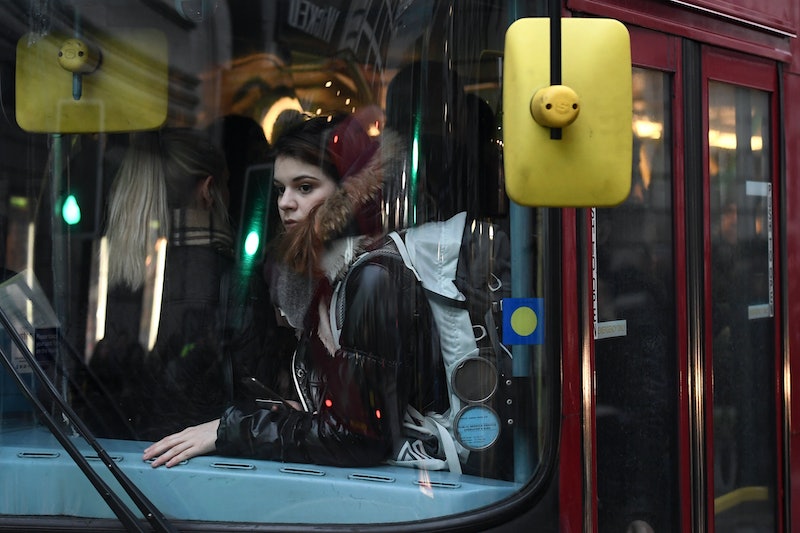 For years, I would have given anything to take back the times I cheated. If you search my name online, you'll find a slew of intimate stories with my byline: serious personal essays about slogging through eating issues with my partner's support, service-y listicles about boning through the flu. This is fine with me. I like to write what I write because I believe in the destigmatizing power of sharing stories.

But until now, I've steered away from publicly confessing my history of infidelity. This is partially because the storyline needed to rest and breathe, for reasons both practical (I didn't want to cause further pain to anyone involved) and artistic (I hoped that time would bring perspective). Less altruistically, I wanted control of my own narrative; I am a writer and an editor and, I guess in 2014, a brand. I wanted readers — I wanted you — to like me and to trust me. And who could ever trust a cheater?

Very few people, it seems, besides Esther Perel, a prominent couples therapist who recently gave an unusual interview on infidelity with Hanna Rosin on Slate. In the Q&A, Perel emphasizes the rigidity of the way Americans view, discuss, and portray infidelity. It is a fairly black-and-white cultural dialogue: cheaters cheat, the logic goes, because cheaters are unhappy in their relationships. Cheaters are vile; cheaters destroy. And you know how the saying goes: "Once a cheater, always a cheater."

Perel doesn't see this issue in such stark terms — and, as someone who's spent a long time punishing herself for cheating, and who, for the most part, is a well-meaning person, I'm inclined to agree with her. That's not to say that Perel and I are on the same page about everything, like her idea of adultery as a weapon to wield against patriarchy ("female infidelity is the biggest challenge to the male-dominated status quo"). But her call for a more nuanced conversation about cheating is something I can get on board with. Oh, and it's important to note that her ideas don't exonerate anything I've done (I wish) or invalidate the experiences of anyone I've hurt — no one's condoning cheating here, least of all Perel or me.

Slate : Would you ever recommend an affair?

Perel: No more than I would recommend cancer and yet a lot of people finally understand the value of life when they get sick.

An enfant terrible-ish soundbite, to be sure, but see? She's definitely not rallying anyone to cheat. Here's a quick summary of her main points:

I'm not so sure that people who cheat are always 100 percent content — as in, too happy to leave, too unhappy to stay monogamous — in their relationships. For me, at least, it isn't always so easy to separate "who I am in my relationship" from "my relationship" (this might be because I'm, like, always in one), and I think some people who cheat are looking for a way out. But I think that she's also right — that some people just want things to be different, even though they're not sure what those things are, and that cheating is symptomatic of that. Through that lens, cheating doesn't mean that something is missing from the relationship; it just means that the cheater wants change.

Let me preface this by saying that cheating is gross and cruel and terrible, and only gross and cruel and terrible, if a person who cheats doesn't take time (and a lot of it) to consider what they were seeking in another person and to make amends for what they've done. But I think Perel is correct in saying that, though infidelity is never the best move, it does have the potential to become the change that, perhaps, the cheating partner was trying to bring about — and, under the rightest of right circumstances, it could mean a rebirth for the relationship. It would likely require a ton of hard work, deep empathy, and insanely good communication, but Perel thinks it's possible, and so do I.

On my end, I didn't stay in the relationship I cheated in. I was a pretty crappy communicator back then, and relationship was pathetically messy and broken (though, perhaps, not beyond repair). But if you'd asked me, I would have told you emphatically, without any hint of doubt, that I loved the person I was cheating on. I loved him a lot. I still believe that, and to this day I am very sorry that I hurt him that way.

But the reason why I believe cheating could be a tabula rasa for a relationship is simple — cheating was a tabula rasa for me. I'm not proud of what I did, but I'm also no longer sorry that it happened, because it transformed me for the better. And if cheating became, in time and in hindsight, such a positive catalyst for change in my life, who's to say it couldn't be the same for a troubled relationship?