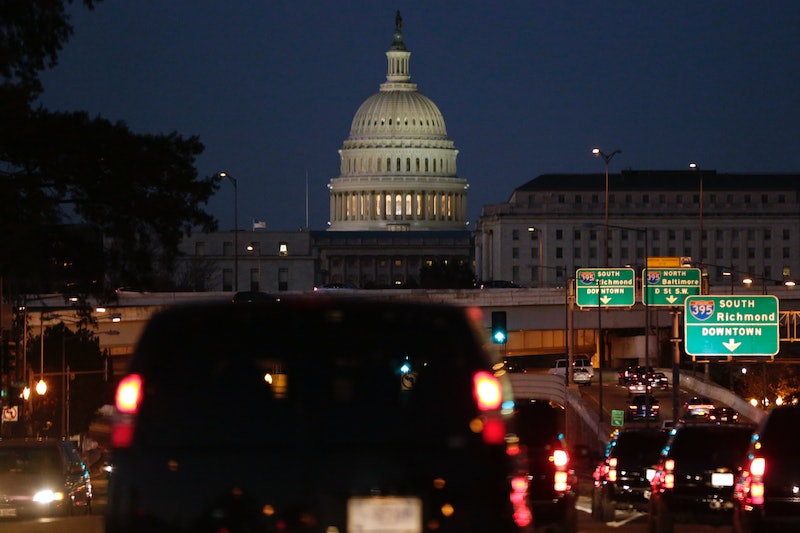 Capitol Hill can feel far away. And, though we have a chance to make ourselves heard each Election Day, that's about the extent of the message our senators and representatives get from many of us. But there's a whole lot of legislating that goes on between election cycles, and it's important for constituents to consistently voice our preferences to our Congressional representatives — at least, if we expect them to serve our interests and the interests of our communities. How can you be heard by your representatives in the House and Senate? Fortunately, a former Congressional staffer took to Twitter following the election to share her insights on the best ways to get your representatives to listen to you.

Emily Ellsworth of Salt Lake City has worked as a staffer for Utah Reps. Chris Stewart and Jason Chaffetz. She served as liaison for federal agencies and constituents. Her experience in this position showed her firsthand what methods of communication work and which ones don't in terms of actually getting your voice heard. Concerning the latter: Facebook posts or tweets? No dice. Ellsworth also said that emails often don't get read or responded to personally by staffers, since there are simply too many of them that pour in. Though she argued writing a letter and mailing it to the representative's in-state office as a better alternative, the following are the gold-standard methods she promotes.

Pick Up The Phone

Go To A Town Meeting

Town meetings are your chance to be in the same room as your representative and to ask questions. It's also an opportunity to get a bunch of people together to really drive an issue home.

Aside from brief direct interactions at town meetings, you'll likely be going through staffers to get your messages to representatives. Ellsworth explained how valuable that connection can be. Constituents can take an active role educating staffers about issues in their area, so they understand what to convey to representatives and why.

Sure, that's all a bit more involved than firing off a quick email, but maybe active participation in the governance of our country should be a bit more involved than that. We can't expect our elected officials to represent us if we don't demand it. And we can't demand it if they don't hear us. Ellsworth's insight can help us more effectively reach out to our representatives.