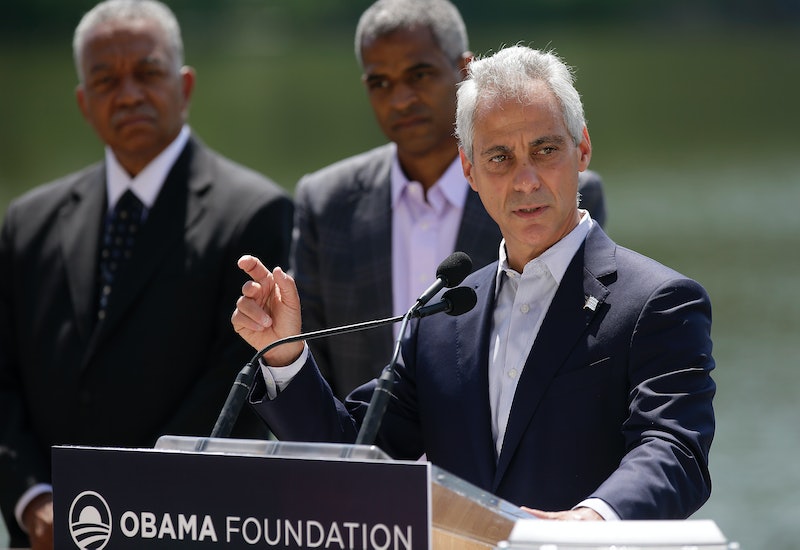 From the first day of his epic, bewildering, divisive, and indestructible presidential campaign, president-elect Donald Trump has has made cracking down on illegal immigration a cornerstone of his message. After winning the presidency last week, many fear that Trump is set to carry out his worst promises against them, among those promises: cutting off federal funding to so-called “Sanctuary Cities,” local jurisdictions that have stated they will welcome undocumented immigrants and will not hand them over to federal officials for deportation. In the face of Trump’s victory, mayors of sanctuary cities across the country stated their commitment to providing sanctuary to undocumented immigrants, setting the stage for the first major face-off of the Trump administration.

Though the specifics are not yet known, in a document released by the Trump campaign in late October outlining the first 100 days of his presidency, Trump said that “on the first day” he will “cancel all federal funding to Sanctuary Cities.”

The response from sanctuary city mayors and leaders has been resolute. “Seattle has always been a welcoming city,” the city's mayor, Ed Murray said. “The last thing I want is for us to start turning on our neighbors.” Chicago Mayor Rahm Emanuel shared a similar sentiment, saying “You are safe in Chicago, you are secure in Chicago, and you are supported in Chicago.”

Trump’s threat to revoke Federal funding from these cities could have serious consequences; San Francisco gets approximately 5 percent of its budget from Washington D.C., according to Severin Campbell, director of the city's budget and legislative analyst's office, who spoke to Marketplace about the possibility of losing sanctuary city funding. Still the incentives for cities to to maintain their sanctuary status are not just about giving the finger to Republicans. Speaking about Chicago, Illinois Comptroller-elect Susana Mendoza outlined how cities benefit by protecting their undocumented immigrants. “It doesn't do Chicago any good to have an immigrant who's hiding and living in the shadows," Mendoza said to Marketplace. “We want people to be productive members of the city and proud to live here.”

Adding to the uncertainty is that the Supreme Court has ruled that when Congress withholds federal funds, the conditions for receiving the money have to be related to the purpose of the money itself. Whether the feds could withhold, say, federal education money for immigration purposes would likely be contested.

Perhaps even scarier though is the tactics that would be necessary for the kind of mass deportation Trump is proposing. “If he wants to deport two to three million people, he’s got to rely on tactics that will divide communities and create fear throughout the country,” said Kevin Appleby, an expert in international migration policy at the Center for Migration Studies of New York, told the New York Times. Appleby said that Trump “would have to conduct a sweep, or raids or tactics such as those, to reach the numbers he wants to reach. It would create a police state, in which they would have to be aggressively looking for people.”

That the mayors of America’s sanctuary cities have come out so strongly against the Republican president-elect’s proposal may be unsurprising, but with the stakes as high as they are, and with Congressional Democrats left weak following last week’s election, it’s likely that the biggest flashpoints in the next few years will occur on the local level.