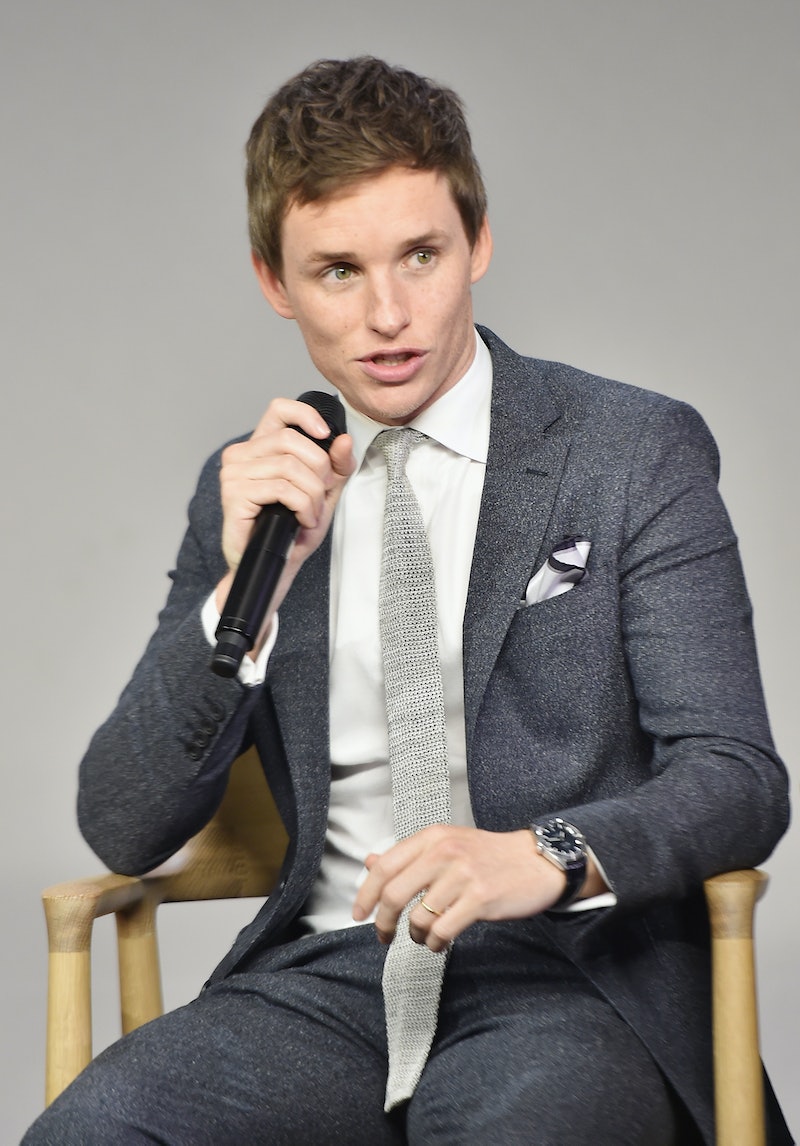 Listen, Imma let you finish, Cedric Diggory, but Eddie Redmayne is the sickest Hufflepuff of all time. No, seriously — as a Hufflepuff, I am straight up laugh-weeping at Eddie Redmayne's Hufflepuff PSA, a show of emotion I did not think was physically possible until this embarrassing moment now. It's not secret that I am among the most aggressive Hufflepuff advocates on the planet — I may or may not have published content about why Hufflepuffs are better in bed on this very site, and for that I make no apologies — but this PSA really and truly takes the cake. (And we know our cakes in Hufflepuff; we're right next to the kitchens, yo.)

Redmayne's pleading PSA is not just on behalf of his character Newt Scamander, who is (spoiler alert) the best Hufflepuff who ever lived (spoilers over, I won't say anything else about the movie, I swear — Redmayne himself is a proud member of the Hufflepuff ranks. While this may be news to some people, I called this as early as awards season after he depicted Marius in Les Miserables, so I'd like to formally invite anyone who thought he belonged to any other house to suck it.

In any case, here is the PSA. Trust me, it is worth your time, and may even beat out that viral "IIIIII'm A Hufflepuff!" video that came out a few years ago in terms of hilarity.

“For far too long now, Hufflepuffs have been victimized,” says Redmayne, in the true passionate nature of a Hufflepuff. “They call us boring. They call us beige. They say we’re the nice guys. But you know what? You know what I see in Hufflepuffs? I see loyalty. I see fierce friendship. We are hardworking, we are compassionate, and at the end of the day, we’re going to do the right thing, and not because of the glory. Not because of the glory, but for the greater good.”

If you are still swimming in a sea of Hufflepuff tears right now, then you should, in the name of all things badger, listen to the first episode of Bustle's Harry Potter podcast, The Girls Who Lived. I'm not just saying this because I am one of the hosts (#guilty, though), but because it is all about the unnecessary flack Hufflepuffs get, as well as an examination of what it truly means to be a Hufflepuff, and a riveting interview with the director and one of the stars of the off-Broadway play Puffs.

In 2015, J.K. Rowling announced that it was the beginning of the Age of Hufflepuffs; Redmayne's PSA is just further testament to that indisputable truth, y'all.