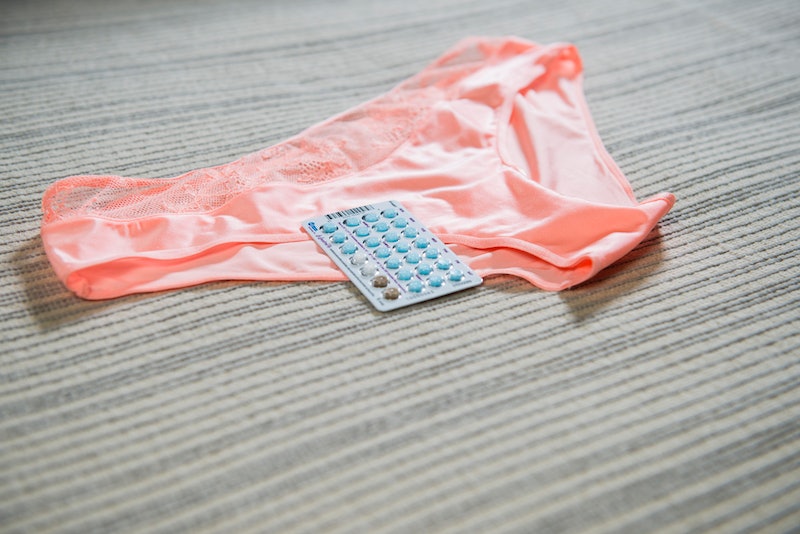 In the past couple decades, birth control has become increasingly popular. Because of this, the unplanned pregnancy rate is on the decline for the first time in over 10 years, as it’s dropped 18 percent from 2008 to 2011. This is great news for many reasons. For starters, it helps decrease the need for abortions, and because 45 percent of all pregnancies are unplanned, it contributes to saving on tax dollars as well as private funds. In other words, the popularity of birth control is paramount, in many ways, to the success of our society.

Since this is the case, The National Campaign to Prevent Teen and Unplanned Pregnancy wants to celebrate. Today, Wednesday, November 16, the Thanks, Birth Control 2016 campaign is underway. You can partake by purchasing a T-shirt, spreading the word via postcards and GIFs, or, if you want, share your own personal story about why you’re so thankful for your birth control on social media by tagging it #ThxBirthControl.

With President-elect Donald Trump headed to the White House in January, there’s no time like the present to step up and make your thoughts and feelings about birth control heard. Protecting women’s reproductive rights is something we all need work together to secure, and participating in campaigns, signing petitions, or even marching in protests are ways to show your support.

But in the meantime, here are five stats about just how popular birth control has become.

1. The Majority Of Women Have Used Some Form Of Birth Control

Now, when I write “majority,” I mean a huge majority, as in 99 percent of American women have used birth control at one point or another during their sex lives. Catholic women, too, although the church is against birth control, have used it — 98 percent of them, to be exact.

2. Most Adults Believe Birth Control Is A Basic Part Of Women’s Healthcare

Because birth control is so popular as a means to prevent unwanted pregnancies, 78 percent of all adults regard it a basic part of healthcare for women. Broken down by race, that’s 81 percent of white adults, 73 percent of Black adults, and 77 percent of Hispanic adults.

3. Birth Control Is Popular Among Democrats And Republicans

This vast majority of adults who believe that birth control is a basic part of women’s healthcare, is also found amongst Republicans. Surprised? Don’t be — they have sex, too. For 76 percent of Republicans and 87 percent of Democrats, birth control just simply comes with the territory of being a woman.

According to the survey, 90 percent of people, of all races, ethnicities, and political affiliations, agree that when you use birth control, you’re taking personal responsibility — because you absolutely are. That’s why it’s so essential that you educate yourself on the topic and make birth control a part of your sex life.

5. Most People Believe That Birth Control Is "Morally Acceptable"

Although the Vatican may feel differently, a 2016 Gallup poll of over 1,000 Americans, aged 18 and older, found that 89 percent of people view birth control as morally acceptable. Not only that, but the poll also found that the birth control issue has the highest percentage of Americans that approve of it.

Thankful for your birth control? Then join the campaign today by tagging your own story and/or selfie with #ThxBirthControl all over social media!