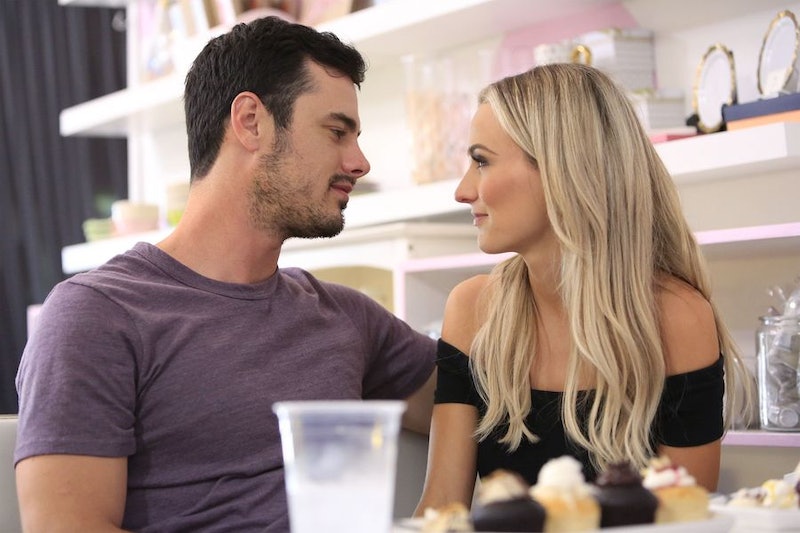 When Chris Harrison offers you a television wedding, most people are apt to take it, right? That’s what Bachelor stars Ben and Lauren did on their eponymous television show — Chris summoned them, offered them a television special (in addition to the one they already have), and waited for the answer. It was a resounding yes, and things were going well… until Ben started getting cold feet. After a stint (okay one session) in couples therapy, Ben and Lauren called off their Bachelor television wedding.

It started for Ben I think when Lauren started wanting to plan the wedding — with the help of ABC’s resident event planner. He just really had no idea how much went into a wedding (especially one that’s being televised), and I could hear him hyperventilating as everyone talked bowties and bridesmaids and all the other business that comes with most nuptials. Then Lauren said that she wanted kids and a new house eventually, and boy, was that it. After talking some issues out in couples therapy, Ben admitted that he didn’t think that their foundation was strong enough yet to get married, and he wanted to call off the television wedding in order to really work on his relationship with Lauren first.

I can’t blame the guy for this, but he could have gone about this a different way. Like, say, not agreeing to it in the first place? It feels like Ben has a hard time dealing with the future, and as Lauren said to him, he proposed to her on national television, so it’s not strange for her to expect a wedding. Waiting a little longer to get married could strengthen their relationship (so Lauren knows that Ben is allergic to coconut or something), but it could also breed contempt if things don’t eventually progress. I think that Ben and Lauren will make it down the aisle, but it won’t be nearly as soon as we all thought.