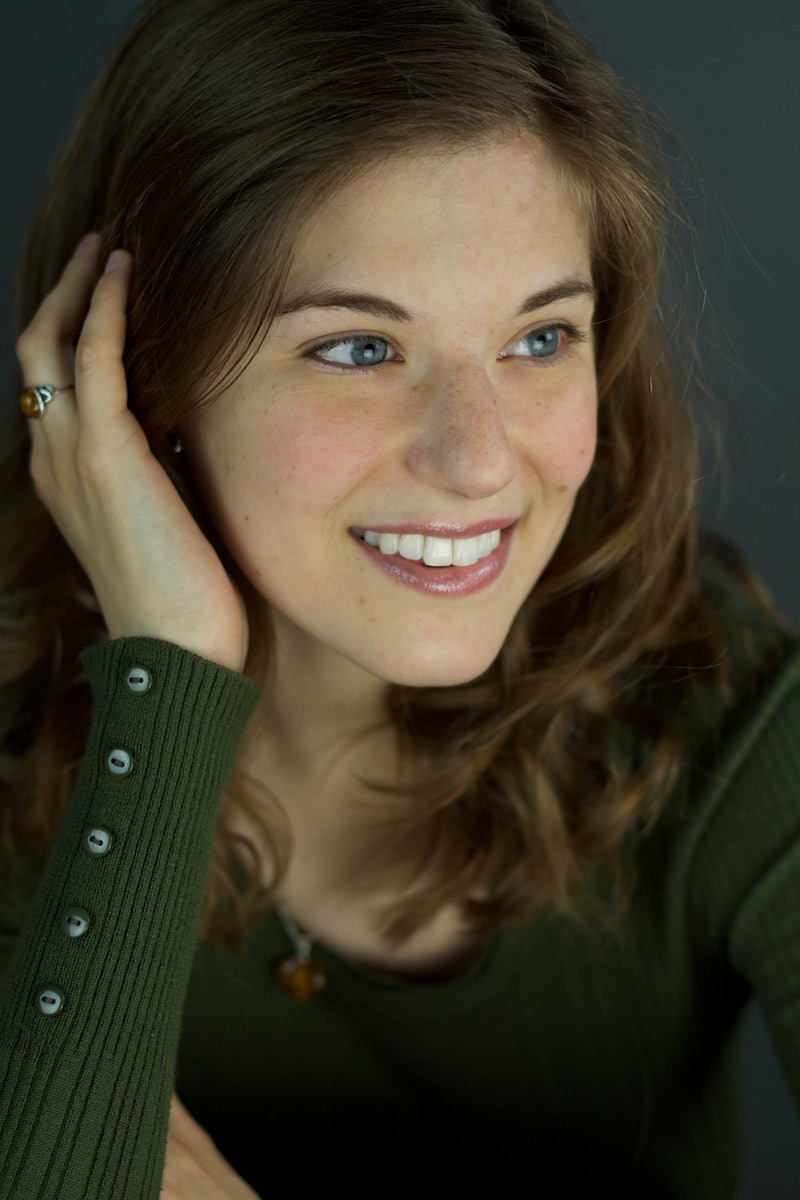 I belong to America's left-wing, East Coast, hyper-educated voting bloc. I am a vehemently liberal Caucasian millennial with multiple degrees. I am Catholic by upbringing but an agnostic/omnist by inclination. An overwhelming percentage of my closest friends are from minority communities. I am an uncompromising LGBTQ ally. I firmly believe in universal healthcare and the welfare state. Fear for the environment sometimes keeps me awake at night. I am a passionate polyglot, as well as a proponent of amnesty for illegal immigrants and asylum for refugees. I am an NPR junkie. I recycle! I support a woman’s right to choose, and I stand in staunch solidarity with survivors of sexual assault and harassment, both of which I have experienced personally.

Most days, I try pretty darn hard to be a decent, socially-responsible human being, and I have always planned to devote my life to “helping people," whatever that nebulous term might entail. Yet I have failed in my most basic duty as an American citizen. Because — and how it pains me to confess this, in print, to the world at large — I have never voted.

Oh, I’ve had my excuses. In November 2008 (just two months after my 18th birthday), I was grappling with an eating disorder and depression. I slapped a HOPE sticker on my laptop and cried with joy when President Obama emerged triumphant, but I never managed to leave the subterranean library in which I had sequestered myself to actually cast a vote. Getting out of bed was hard enough. “It’s New Jersey,” I reassured myself. “It’ll go blue.”

And it did. And so I felt no shame.

In 2012, I was in England for graduate school, navigating another difficult life transition and another bout of depression, while ardently professing my love for Obama to anyone who would listen. But voting by absentee ballot is hard. You have to like, put stuff in the mail, guys! “He’s bound to win New Jersey again,” I told myself. “And dear God it never stops raining here.”

Obama did win New Jersey, and the election to boot. And again I wept and rejoiced. And again I forgot to be ashamed.

When I woke up on a muggy Wednesday morning in Mumbai and watched with mounting horror as splotches of scarlet seeped across the electoral map, I began to feel the full weight of what I had done. Or rather, what I hadn’t.

November 2016 found me in India. I had moved there on a service-oriented fellowship out of a sincere, albeit quixotic, desire to “make a difference.” And this time around, I tried to do better, I really did. I printed out my absentee registration papers, which required me to bumble along in broken Hindi at my neighborhood print shop. I had every intention of figuring out the Indian postal system. (Such a struggle, y'all! Feel my pain!) But I came down with a string of nasty infections, and one by one, the days frittered themselves away. I felt a twinge of guilt every time I caught sight of the ballot forms languishing on my desk, but life was hard and I was puking a lot, and so I brushed aside my qualms.

“There is no WAY that lunatic is getting into office,” I reassured myself. “The New York Times gives Hillary an 89 percent chance of winning! Besides, I’m registered in Seattle, so it’s not like my vote matters. It’s bound to go blue.”

And it did. Yet when I woke up on a muggy Wednesday morning in Mumbai and watched with mounting horror as splotches of scarlet seeped across the electoral map, I began to feel the full weight of what I had done. Or rather, what I hadn’t.

Is this a long-winded attempt to exonerate myself from my egregious breach of civic responsibility? From squandering the precious right that people would die — have died — to wield?

Nope. Not a single one of the excuses I presented above holds any water. I might be a vegetarian, tree-hugging, queer humanitarian with a mildly delusional case of do-gooder-ism, but I hardly deserve to call myself a liberal, let alone an American. What happened on Nov. 8, 2016 is my fault, at least in part. It’s a shame I’ll bear (if you’ll pardon my flair for melodrama) forever — or at least for a good long while, until I find a way to make this right.

How will I tell my future children that I watched Bollywood films under the covers while letting an alleged serial sexual assaulter and verified climate change denier ascend to the office of Obama and FDR and Lincoln? How do I tell the people that I love — my dear friends from religious and racial minorities and the LGBTQ community — that I evidently didn’t care enough about their futures to buy a stamp?

I’ve been breathtakingly lazy, America. You embraced my immigrant ancestors with open arms, you made it possible for the granddaughter of high school-educated farmers from Germany to study whatever her heart desired in one of your most vaunted academic institutions, and yet I abandoned you in your hour of direst need.

I failed. No, worse: I didn’t even show up to the game.

I am a constitutionally passive person. I have an almost pathological aversion to conflict and a history of letting powerful (read: loud) people — particularly men — tell me whether I’m good enough, smart enough, pretty enough, pure enough. I have also never considered myself to be particularly patriotic. My thoughts and yearnings are largely directed abroad. My passport overflows with foreign visas and my shelves are stuffed with books on East Asia, South Asia, and the Middle East. I get fed up with the U.S. a lot: with its systemic racism and its disdain for women’s bodies and brains and its penchant for legislative deadlock (also partly my fault, vis-à-vis the 2010 and 2014 elections in which I did not participate because “I had exams”). Sometimes I’ve even flirted with the notion of giving up on America altogether.

But I will no longer try to absolve myself of responsibility for where we are as a nation. And I am done being belittling myself, and my vote.

This election has finally awakened something that has long lain docile and dormant within me. It’s too little too late, perhaps. But there will be a next time — there’d better be. So here is my pledge to my country: I will never again neglect my civic duty and recuse myself from the political process. Not in presidential elections, not in the Midterms, not in referendums on local swimming pools. I will never again hide behind the feeble excuse that “my vote does not count.” Because to do so is to undermine everything America stands for.

I am so sorry that it took such a catastrophic blow for me to recognize my folly. I’m sorry my shame was not more acute during the last two presidential elections, when the tide turned in my party’s favor: because even then, I should have been just as appalled by my own apathy as I am now. Instead, it took a helpless, hopeless morning in India watching Clinton’s electoral lead dribble away, knowing I had done nothing to stop a volatile demagogue from wreaking havoc on every principle I hold dear and hurting the people that I love, to impress upon me the value of my vote. I squandered my voice. I stayed silent and let the hate-mongers win.

More like this
10 Times Boris Johnson Got It Wrong On Trans Rights
By El Hunt and Sam Ramsden
How To Fight For Reproductive Rights, Based On How Much Time You Have
By Courtney Young
LGBT+ Men Fleeing Afghanistan Were Denied Asylum By The Home Office, New Findings Show
By Sam Ramsden
How To Protect Your Digital Privacy If You Need An Abortion Post Roe v. Wade
By Kaitlyn Wylde
Get Even More From Bustle — Sign Up For The Newsletter