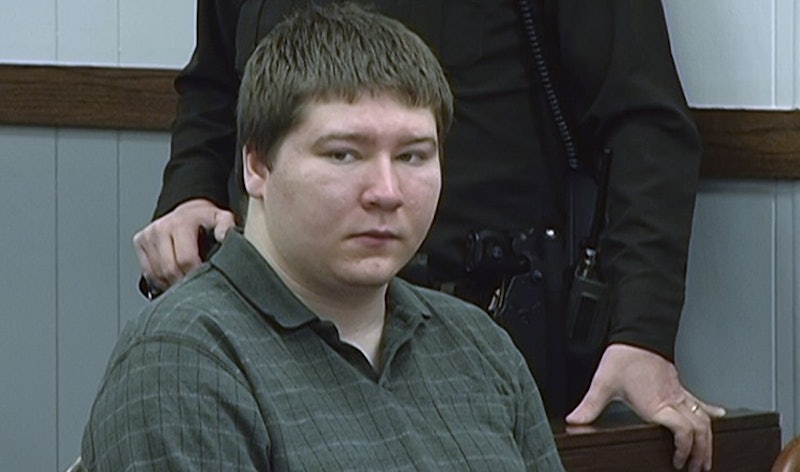 Here is even more major news for Making a Murderer fans. According to a Wednesday report from TMZ, Brendan Dassey's prison release date has been ordered by a judge and is really soon. So soon in fact that TMZ reports Dassey will be released from prison no later than Friday, Nov. 18 at 8 p.m. Bustle has reached out to Dassey’s lawyer, Steven Drizin, for comment about his client’s release date, but did not receive an immediate response. Update: On Thursday, Nov. 17, the AP reported that federal appeals court blocked Dassey's release from prison.

Earlier: On Monday, Judge William Duffin ordered the supervised release of Brendan Dassey from prison pending a potential retrial and the prosecutor’s appeal. Shortly after the news broke, the Wisconsin Department of Justice’s Attorney General, Brad Schimel, filed an emergency motion seeking a stay for Dassey’s release order. The statement for the motion read:

According to FOX6Now.com, Duffin denied Schimel’s motion Wednesday morning, but Schimel then announced he will file another emergency motion in the U.S. Court of Appeals for the Seventh Circuit seeking a stay of Dassey’s release order and requesting relief by Friday, Nov. 18. FOX6Now.com also reports that the U.S. Probation Office has received and approved the proposed residence where Dassey will reside once he is released. Furthermore, the U.S. Probation Office has also reportedly “completed all pre-release investigation it deemed necessary.”

According to TheWrap, there are several stipulations Dassey must follow upon his release. Drizin confirmed his client's release on Twitter Monday by tweeting, "It's true. Judge Duffin granted Brendan's bond motion! More later. Someone from MAM nation will download order. I'm unable to for hours." Bustle reached out to both Netflix and the filmmaker’s rep for comment on the news of Dassey’s release, but has yet to receive a response.

In 2007, Dassey and his uncle, Steven Avery, were both convicted of the murder of Teresa Halbach. Their story was featured in Netflix’s hit documentary Making a Murderer. In August, Duffin overturned Dassey's conviction, which is currently being appealed by Wisconsin's Attorney General, Brad Schimel. Avery filed a motion to appeal his conviction in January.

At the time of the court overturning Dassey’s conviction, People obtained a copy of the court’s decision, which read,

The investigators repeatedly claimed to already know what happened on Oct. 31 and assured Dassey that he had nothing to worry about. These repeated false promises, when considered in conjunction with all relevant factors, most especially Dassey’s age, intellectual deficits, and the absence of a supportive adult, rendered Dassey’s confession involuntary under the Fifth and Fourteenth Amendments.

Schimel released the following statement in September after appealing the judge’s decision to overturn Dassey’s conviction,

We believe the magistrate judge’s decision that Brendan Dassey’s confession was coerced by investigators, and that no reasonable court could have concluded otherwise, is wrong on the facts and wrong on the law. Two state courts carefully examined the evidence and properly concluded that Brendan Dassey’s confession to sexually assaulting and murdering Teresa Halbach with his uncle, Steven Avery, was voluntary, and the investigators did not use constitutionally impermissible tactics.